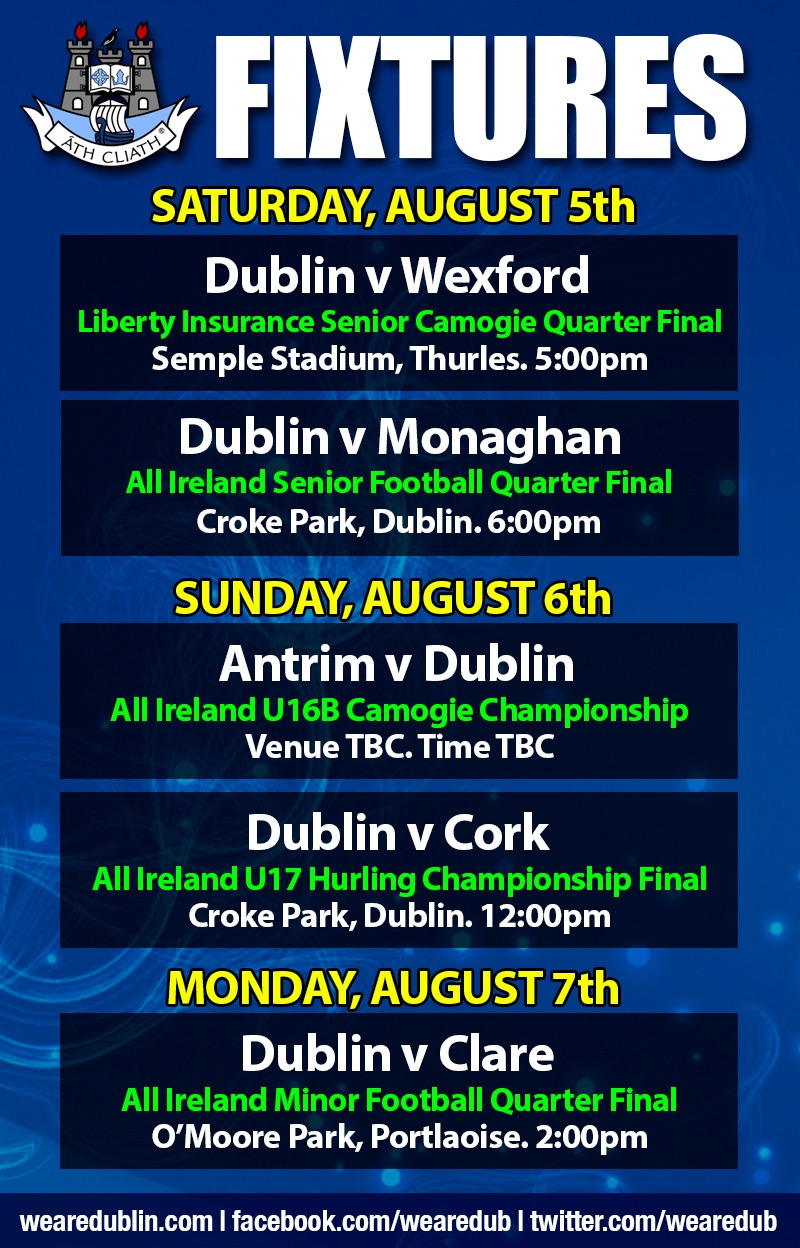 We’re heading for the Bank Holiday Weekend and there’s some huge games to look forward to starting with a big Quarter Final Saturday.

Semple Stadium in Thurles will host Dublin’s Senior Camogie Liberty Insurance Quarter Final against Wexford. David Herity’s Panel will look to advance a step further in this competition, facing the Group 2 runners up. Throw in is 5:00pm in Thurles.

Then it’s over to Croke Park for the All Ireland Senior Football Quarter Final clash between Jim Gavin’s Dublin team and Monaghan, who came through the last round of qualifiers on Saturday against Down. Throw in is 6:00pm following earlier game between Tyrone and Armagh.

On Sunday, Dublin’s U16B Camogie Panel will continue their road back into the All Ireland Championship following their victory over Clare yesterday. They will now face group 1 runners up Antrim to keep their championship hopes alive. Venue and time will be confirmed for this game later.

And at 12 noon Dublin’s U17 Hurlers will act as the Croke Park curtain raiser in this year’s All Ireland U17 Hurling Final when they face a strong Cork side for silverware.

To finish off the long weekend, O’Moore Park will host the All Ireland Minor Football Quarter Final between Dublin and Clare on Monday. Our minor panel will look to continue their winning ways and will be hoping to secure a Semi Final spot.

So that’s the Bank Holiday action. Five huge games over three days. What more could you ask for?