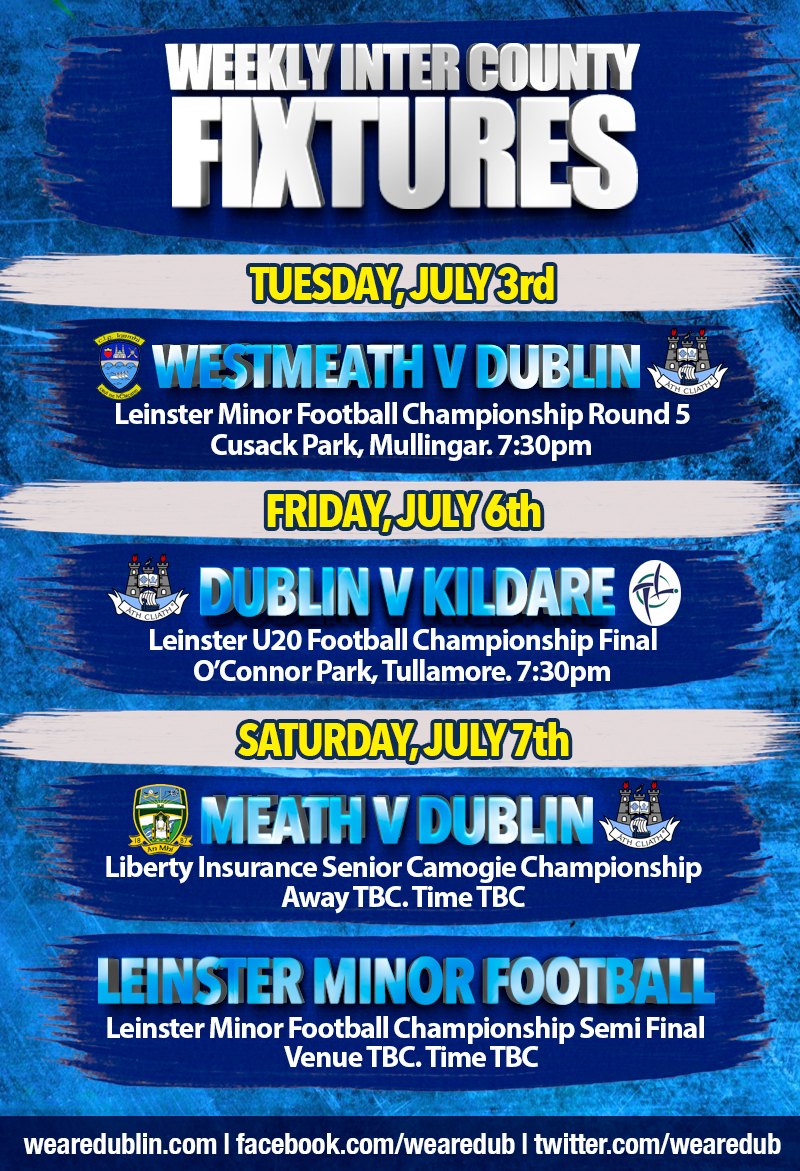 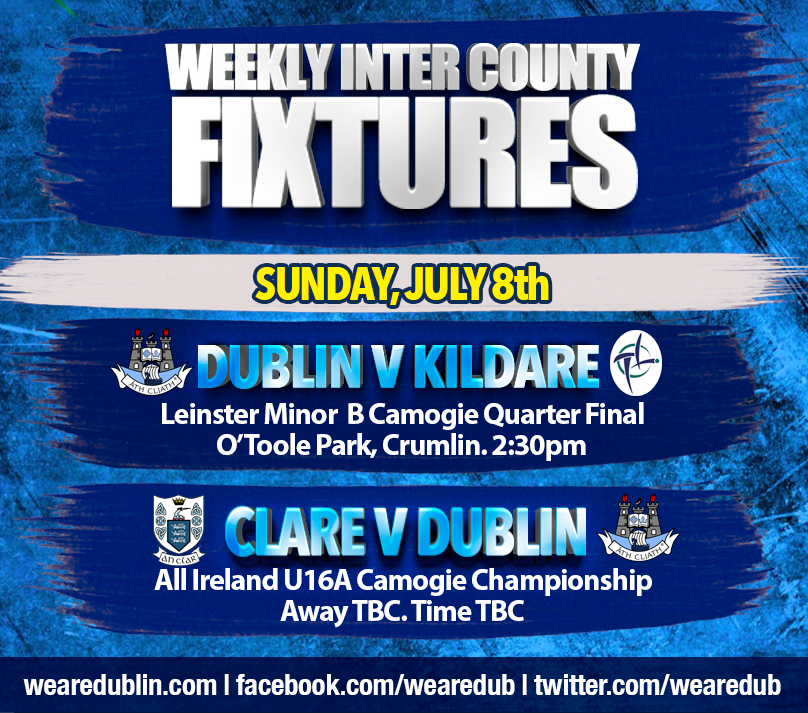 Dublin’s Senior Ladies Footballers and Minor Hurlers being crowned Leinster Champions were certainly the highlights of last weeks Inter County fixtures. And the action continues from tomorrow night as we head into a full week of games across the board. Here’s everything we have to bring you.

It’s very much last chance saloon tomorrow evening as Dublin need to pick themselves up from their second Group 1 defeat at the hands of Wicklow last weekend. It leaves Jason Sherlock’s panel in a sticky situation facing Westmeath tomorrow night in Mullingar. Dublin must win but they also need Meath to beat Wicklow and Louth to beat Offaly to stand any chance of advancing to the Semi Final stage of the competition.

But anything less than a win tomorrow night will not be enough. Throw in at Cusack Park is 7:30pm for the final round in this competition.

The Semi Finals and Shield Semi Finals for this competition are scheduled for this weekend and should Dublin feature in either side of the draw we’ll bring you the details.

Tom Gray’s Dublin U20 side have come through this competition with flying colours. They won all three of their round robin games, meaning they avoided the Quarter Finals and went straight into the Semi Finals, where they beat old rivals Meath in their own back yard to set up Friday’s Final fixture with Kildare. A Leinster title is at stake along with an All Ireland Semi Final slot next week.

Throw in for this game in O’Connor Park is also 7:30pm

After a heavy defeat at the hands of Cork in their last round game, David Herity’s Senior Camogie Panel must up the ante as they travel to face Meath for their third game in the competition. The girls in blue will be hoping to repeat their win over the girls from the Royal County from the Littlewoods Ireland League encounter back in February, were they ran out 0-15 to 0-10 winners that day.

We’re awaiting confirmation on the venue and throw in time for this game on Saturday and we’ll bring you the details as soon as we have them.

Dublin second Minor Camogie panel will start their Leinster Competition this Sunday with a Quarter Final clash with Kildare using O’Toole Park as home advantage. If they can beat the Lillies, they book themselves a Semi Final slot, facing the winners of the Kilkenny v Meath Quarter Final, also taking place this weekend. Laois have received a bye to the Semi Finals in this competition and will meet the winners of the Carlow v Westmeath Quarter Final in the last four.

Throw in this Sunday in Crumlin is 2:30pm

Dublin’s U16A panel start their All Ireland journey this Sunday with an opening round game against Clare. They’ll then travel to Cork before hosting their final round game against Kilkenny. This panel reached a Leinster Final this year but sadly were defeated by a very strong Kilkenny side in Rathleague on the day. But the stakes are much higher in this national competition.

As with the Senior Camogie game, we’re awaiting confirmation on the venue and throw in time for this game on Sunday and we’ll bring you the details as soon as we have them.

And that’s you lot. At least five games to get stuck into, and potentially a sixth should the Minor Footballers get the results in their favour.

Make sure you’re out in the good weather cheering all these teams on.