This week’s Inter County Fixtures to update your calendars 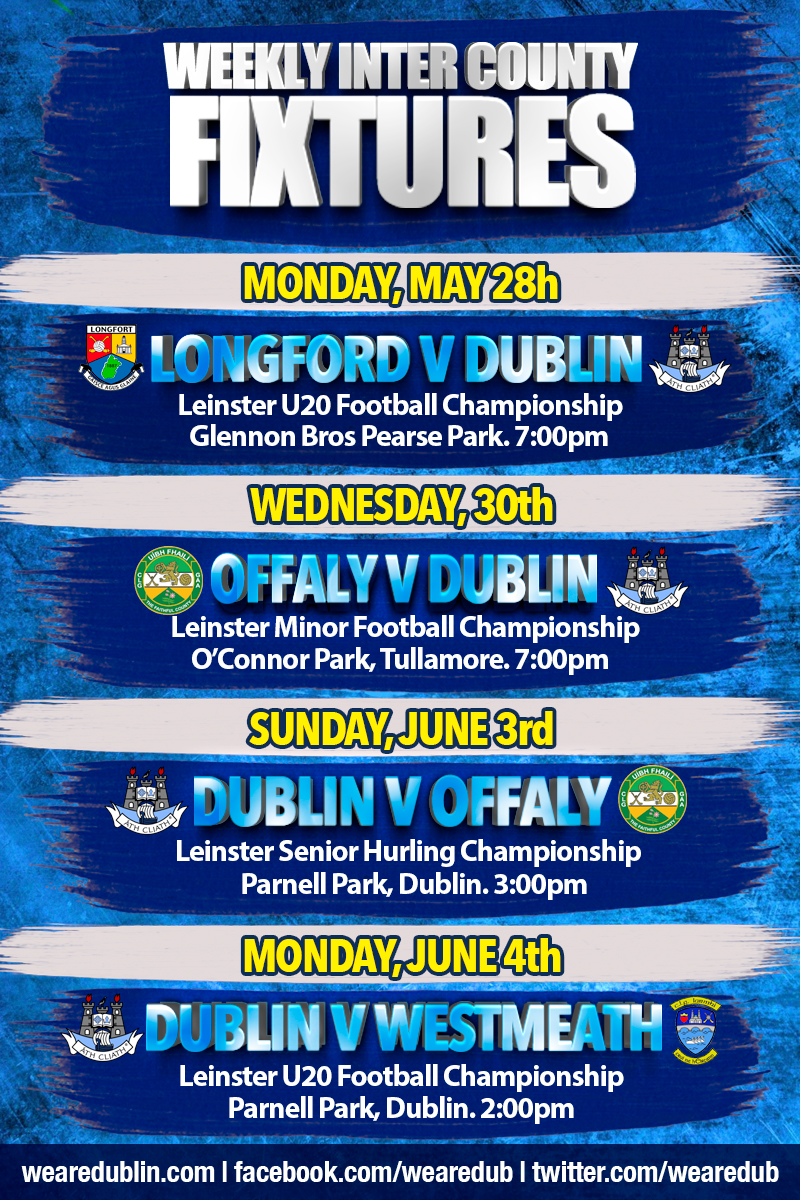 The bank holiday weekend is nearly upon us and there are some nice fixtures spread out across the next number of days, starting tonight.

Dublin’s new U20 Football panel will play their first game in the inaugural Leinster Championship competition this evening as they head to Glennon Brothers Pearse Park to face Longford in Round 1. Throw in is 7:00pm

Wednesday the action continues for our Minor Footballers in Leinster and after defeat to Meath last week they’ll look to bounce back against Offaly in O’Connor Park. Throw in is 7:00pm

On Sunday the Senior Hurlers are back in Parnell Park for a must win Championship game against Offaly. With the results from the weekend putting Galway, Wexford and Kilkenny on equal points Dublin can still qualify from the Rounds if they can get results in their last 2 games. Throw in on Sunday is 3:00pm.

Finally on the Bank Holiday Monday, the U20 Footballers will have their second game in the Leinster Championship as they’ll welcome Westmeath to Parnell Park at 2:00pm

So that’s it for this week. Four Leinster Championship games to enjoy. Make sure to get out and support the teams if you can.