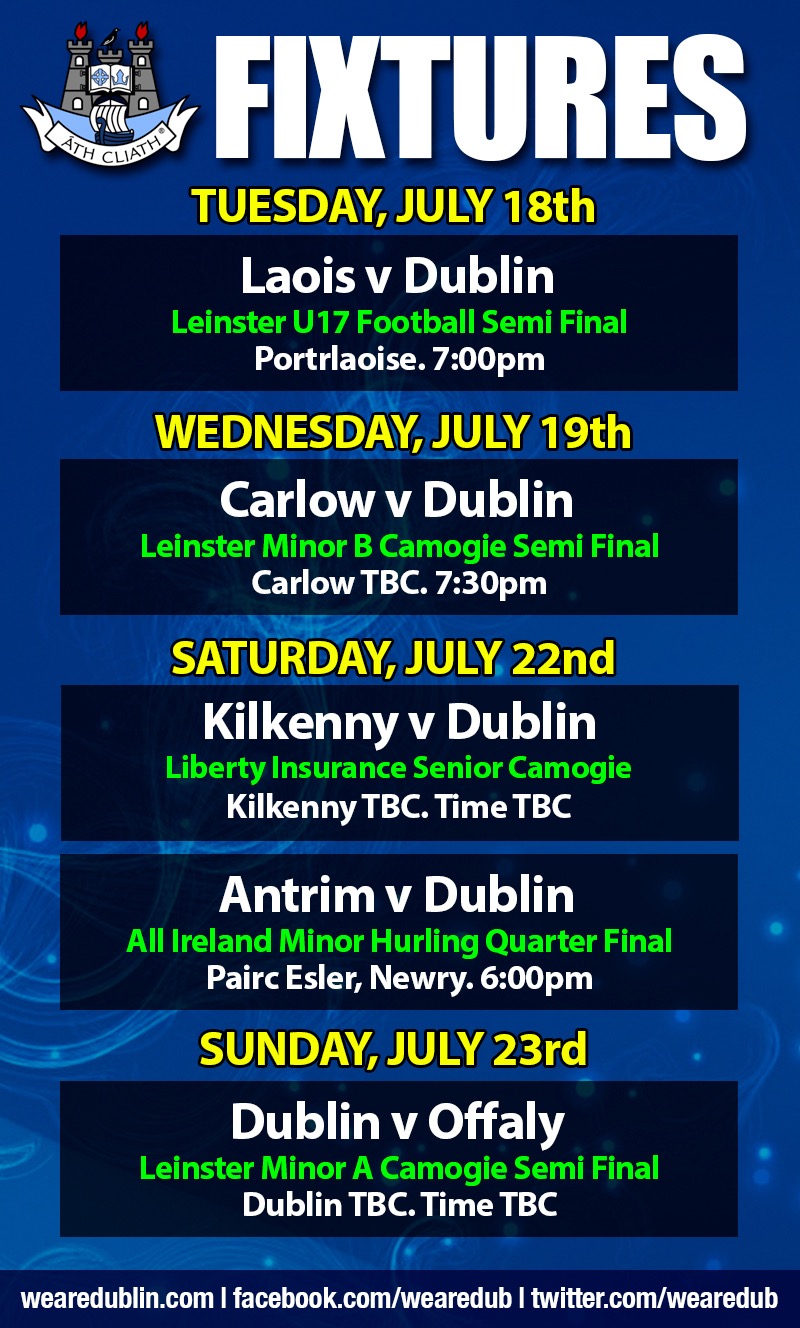 What a week we’ve had. And what a week ahead of us. Plenty more action right through this week to enjoy.

Tomorrow night in Portlaoise the Men’s U17 football panel are in Leinster Semi Final action against Laois. Should they be successful they’ll meet the winners of Kildare and Meath in the first ever U17 Leinster Final. Throw in is 7:00pm

*please note the Final of this competition is scheduled for this Saturday July 22nd. Should Dublin win tomorrow night we’ll bring you all the details.

Wednesday night will again see Dublin’s Minor B Camogie Panel in Leinster action. Following their win last week over Meath they now face Carlow on the Semi Finals. Throw in is 7:30pm with the venue in Carlow to be confirmed.

Two big fixtures on Saturday. The Dublin Senior Camogie Panel will face Kilkenny in their last round game of the Liberty Insurance Championship. They’ll be looking to keep their momentum going and will be keeping a close eye on the other group game between Clare and Galway. There’s a 5:30pm throw scheduled with venue to be confirmed.

At 6:00pm in Pairc Esler in Newry Dublin’s Minor Hurlers will take on Antrim in this year’s All Ireland Quarter Finals.

And one final game to mention. Dublin’s Minor A Camogie Panel will be in Leinster Championship action facing Offaly in the Semi Finals on Sunday. The venue and throw in time will be brought to you once confirmed.

And that’s a full weeks worth of games to choose from. Make sure you support the teams if you’re around or near any of the games.

DUBLIN AND CORK ALL SQUARE AT THE BREAK