We’ve got all your fixtures right here. 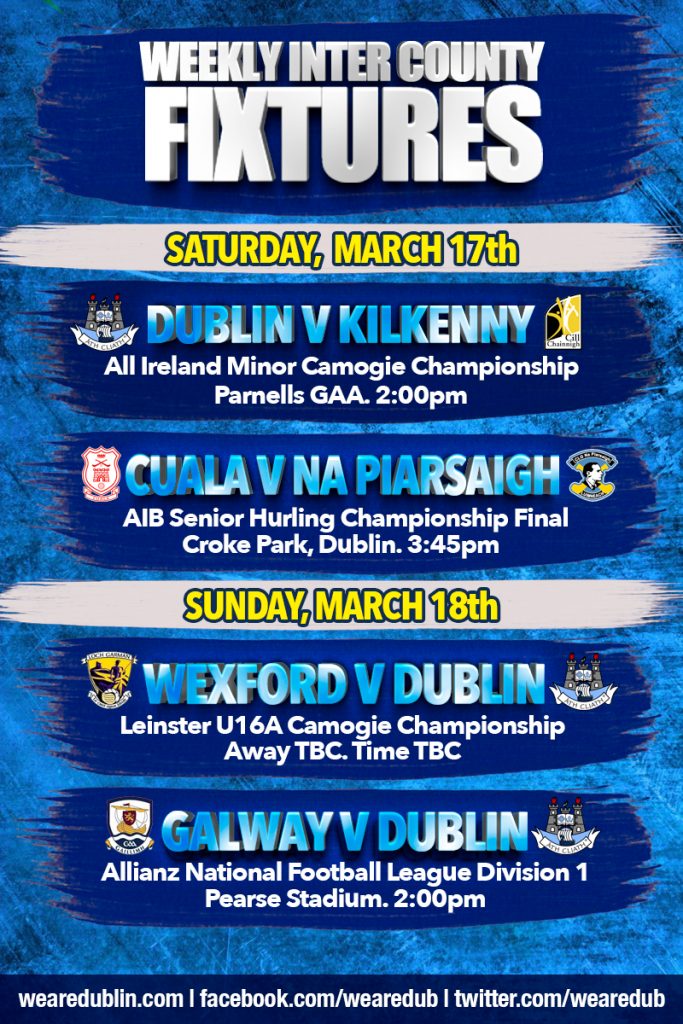 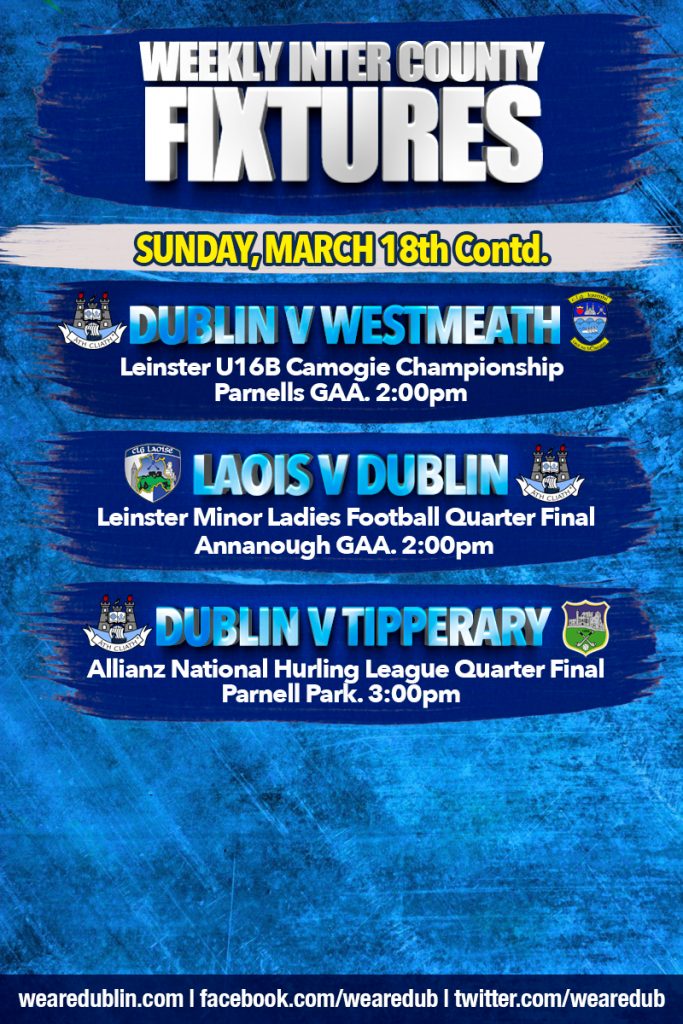 You simply can’t have a St. Patrick’s weekend without a massive helping of games to savour. And this year it’s absolutely no different. We’ve got seven games over Saturday and Sunday to give you the details on. So here goes.

On St. Patrick’s Day, Dublin’s Minor Camogie panel get things underway in the third round of this year’s All Ireland Championship. The girls will face Kilkenny and will hope to continue their winning ways after their victory over Wexford. Throw in is 2:00pm in Parnells GAA Club.

We then switch our focus from Inter County to Club, and to Croke Park, as Cuala face Na Piarsaigh in this year’s AIB Senior Hurling Championship Final. Cuala will be looking to keep hold of their All Ireland Crown for another year and this is expected to be an absolutely amazing game. Throw in is 3:45pm

So, once St. Patrick’s Day is out of the way it’s on to Sunday with as many as five games to take in.

Both of Dublin’s U16 Camogie panels are in Leinster Championship action.

The U16A’s will travel to Wexford for their opening game, with venue and throw in time to be confirmed.

The U16B panel will be in action in Parnells GAA at 2:00pm when they face Westmeath. The B’s were victorious over Meath on the opening day, and will look to build momentum before facing Kilkenny in the last round.

Pearse Stadium is the venue for Round 6 of the Allianz National Football League, and Jim Gavin’s men will face a tough test against Galway. This could very well be the precursor to the League Final with the Tribesmen already qualified and the boys in blue with their foot in the door. 2:00pm Throw in for this game.

Dublin’s Minor Ladies football panel start the defence of their Leinster crown when they travel to Annanough for their Quarter Final game against Laois throw-in is 2:00pm

Finally, it’s knockout time in the Allianz Hurling League and following Dublin’s comprehensive win over Laois yesterday, they’ll face Tipperary in the Quarter Finals. Parnell Park has seen some amazing hurling games over the years and everyone is hoping this Sunday will be yet another. Throw in is 3:00pm

And that’s it. The perfect mix Football, Hurling, Ladies Football and Camogie over two days. We hope you get to enjoy some of the action.