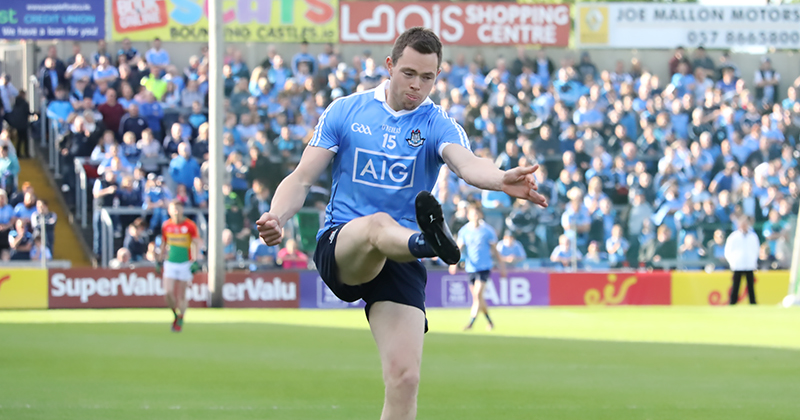 With Tyrone handing the Dublin footballers a 1-10 to 1-07 defeat back on March 1st, it ended what had been an unbeaten run for Farrell and his experimental squad. An opening day draw to Kerry in Croke Park was followed by a resounding victory over Mayo in Castlebar.

A week later it was all square again as Monaghan held the Dubs to another draw in HQ. But at the end of February, Dublin reclaimed their winning ways, carving out a one point victory over Donegal. Then, on a night where no football should have ever been played, Mickey Harte’s Tyrone side made full advantage of Healy Park, and the condition to deal Dublin a blow.

Dublin, as a new developing side, with a lot of new faces on trial by new manager Farrell, had been fairing well in the scores for column. And it’s a wonder where they will end up if the remaining games against Meath and Galway ever get played.

In five rounds of the 2020 Allianz National Football League, 17 of Dessie Farrell’s panel had hit the target, scoring a total of 5-67. It’s only scoring of just over 16 points a game, but it’s the spread of scorers that’s certainly more interesting.

Dean Rock leads the line after five first class performances in the forward line. Rock as it stands was Dublin’s top scorer in all five games to date. Two goals and twenty three points sees him streets ahead of Brian Fenton and Ciaran Kilkenny, who have both registered 0-07 each. Kevin McManamon and Colm Basquel have both hit 1-02 this year, with Sean Bugler levelling with them after landing 0-05 of his own. Just below them are James McCarthy and Niall Scully who’ve both score 0-04 each.

From there, Paul Mannion has registered only 1-00 this season, and leads a list eight other shooters who have chalked either two scores or a single score.

Dublin’s Scorers In The 2020 Football League