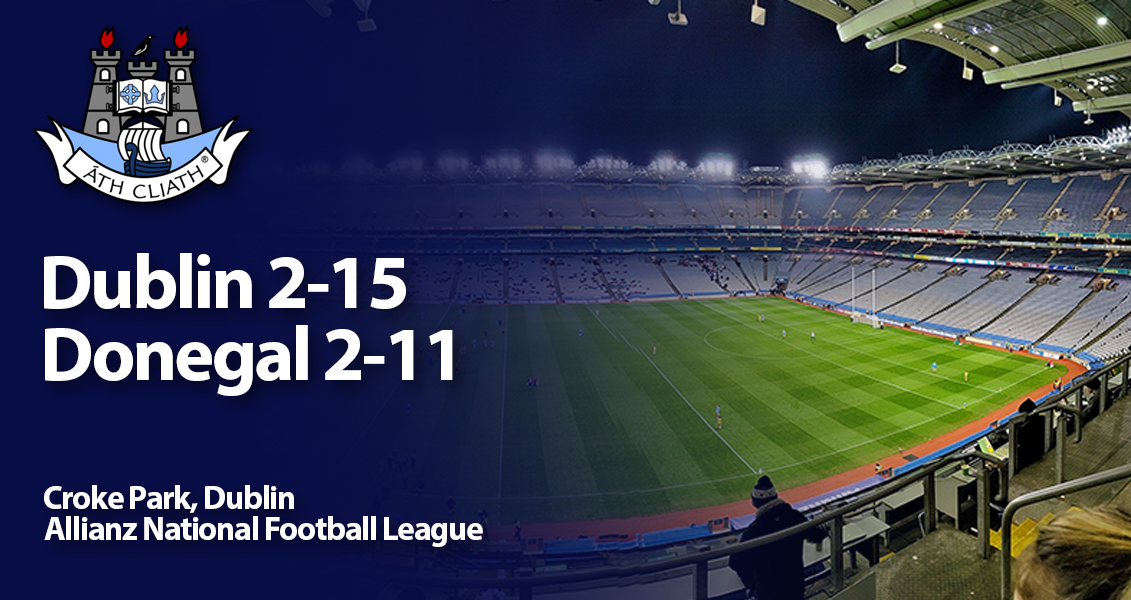 It’s going to go down to the wire, and despite not being out of the woods just yet, Dublin have again bolstered their Division 1 survival by beating Donegal this afternoon in Croke Park. They go to Clones to face Monaghan in the final round, but even a win there might not be enough to secure their top flight status.

Having not scored a goal since their opening game against Armagh in the opening round, Dessie Farrell’s side netted 2 goals in Croke Park today, thanks to Dean Rock and Niall Scully. But regardless of their current League position, Dublin’s performances are starting once again match their pedigree.

Paddy McBrearty looped a point attempt in from the endline which found it’s way past Evan Comerford, dropping into the net for a goal. That gave Donegal a 1-04 to 0-02 lead toward the end of the first quarter. But they could only add an additional point for the remainder of the half. Dublin on the other hand bagged 1-06 to give themselves a three point cushion at the break.

Brian Howard, who bagged 0-03 in today’s game, played Brian Fenton on for a fantastic goal opportunity that he sadly couldn’t convert. But Scully’s 20th minute strike cancelled out McBrearty’s from earlier. And Dean Rock converted a penalty in the 69th after Michael Fitzsimons was dragged to the ground.

McBrearty finished Donegal top scorer today on 1-06. Michael Murphy, a late addition to the starting 15 registered 1-01. The veteran was on the end of Ryan McHugh’s long dropping ball in the 53rd to fist the ball into the net to give his side a lifeline. But Dublin finished as strong as they started to pick up the win.

Unfortunately for Dublin, even if they beat Monaghan in Clones in the final round, it may not be enough to save their Football Division 1 status. Tyrone, Donegal and Kildare ahead of them could all win elsewhere. Should they lose they’ll be relegated to Division 2 next year for the first time since 2008.