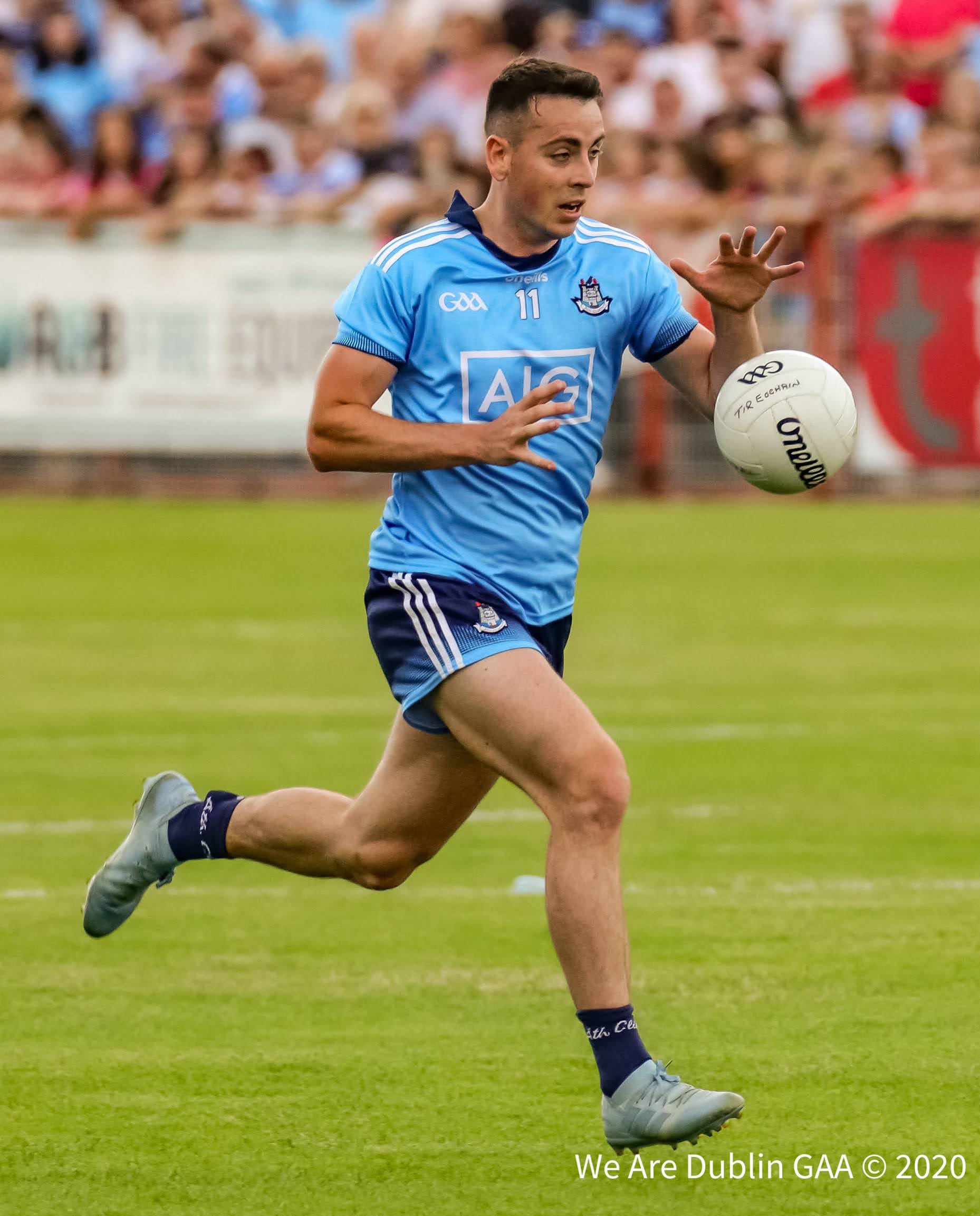 Dublin had nine point to spare as they eased past Roscommon in Dr Hyde Park this afternoon to record an opening Allianz Football League win.

The Dubs looked sharp and impressive at times during the game and the six in a row All Ireland champions will be happy with their 1-22 return while recoding just wides over the 70 plus minutes.

Although the game was nowhere near championship pace it didn’t lack for entertainment or talking points with two Roscommon players sin-binned and Dublin awarded three penalties in the game.

Dean Rock wasn’t part of the traveling party so the free talking duties were handed to Cormac Costello and the Whitehall Colmcilles forward finished with 1-13 to his name.

Dublin were nowhere near there sparkling best, not surprising given this was their first competitive game of the year, but in fairness they didn’t need to be for this Allianz Football League win as they comfortably eased past the challenge of a game Roscommon side.

Shiels and McMahon were making their competitive debuts and both gave good accounts of themselves. Lahiff partnered Fenton in the Dublin midfield and certainly didn’t look out of place and Mullin put in a good shift at wing-forward.

Two minutes in and Roscommon got their noses in front courtesy of a Donie Smith converted free. It was all level moments later as Dublin’s Cormac Costello swung over a free.

Roscommon’s Donie Smith and Dublin’s Tom Lahiff swapped points as the action went from one end of the field to the other. A nice point from play by Roscommon’s Ciaran Murtagh was cancelled out by another successful free attempt from Costello.

Costello then showed he is just a deadly from open play with a fine point from the right.

A minute later Roscommon almost grabbed the games opening goal, an incisive move cut the Dublin defence apart but Diarmuid Murtagh somehow failed to palm the ball from a hand pass across the square into an empty net with his effort coming back off the post and the ball was cleared.

The sides were level in the 12th minute thanks to a fine point from Enda Smith but it was a short lived parity as Dublin broke down the other end and Ciaran Kilkenny claimed a forward mark which he converted.

Dublin stretched their lead to two points a minute later, Costello gathered an excellent long pass into the right channel, turned inside his marker and split the posts with a well struck shot.

Late replacement Dara Mullin got in on the act with a sublime point to put three between the sides.

A converted free from Donie Smith reduced the deficit but it was back to a three point game with a converted forward mark from Costello.

It got worse for Roscommon in the 17th minute when Brian Stack pulled down Paddy Small as he bore down on goal, it was deemed a goalscoring opportunity and Stack was black carded and Dublin were awarded a penalty which Costello converted.

Cormac Costello finds the back of the net with this penalty for @DubGAAOfficial v @RoscommonGAA in the Allianz Football League! #GAANOW pic.twitter.com/h4R9TVZb58

Donie Smith and Cormac Costello traded frees, in the 26th minute Roscommon allowed Niall Scully the freedom of the park as he ran unchallenged straight through the middle of the pitch, he picked out Paddy Small with a excellent pass and the Ballymun Kickhams man hit a fine long range effort over the bar.

Diarmuid Murtagh and Niall Daly scored either side of a Cormac Costello free and the Rossies had keeper Colm Lavin to thank for keeping them in the game as he thwarted Costello grabbing a second goal with a fine save.

A point from Ciaran Murtagh and another successful free from Costello finished the scoring in the first half and Dublin led at the break 1-12 to 0-09.

Four minutes after the restart Roscommon found themselves with a second player sent to the sin bin, Dara Mullin was put in on goal courtesy of a brilliant pass by Brian Fenton and Roscommon full back Fergal Lennon pulled him to the ground and was shown a black card and the Dubs had their second penalty of the game.

This time though the Rossies got a bit of luck as Costello’s spot kick crashed off the upright and was cleared to safety.

Roscommon took full advantage of the let-off and two Donie Smith converted frees reduced the deficit. Dublin’s Paddy Small responded with a fine point and with twenty minutes left in the contest Mick Galvin made his first changes bringing in Michael Fitzsimons and Colm Basquel for Dara Mullin and Sean McMahon.

Fitzsimons made an immediate impact picking out Niall Scully with a super pass along the right wing, the move ended with a free for the Dubs which Costello dispatched over the bar.

Just before the water break Roscommon grabbed a point from a Ciaran Murtagh free. Dublin continued to empty the bench bringing in Peader Ó Cofaigh Byrne and Conor McHugh for Tom Lahiff and Paddy Small.

Dublin pressed for home and reeled off four unanswered points, a Brian Fenton point was followed by a Costello free and two from play from Ciaran Kilkenny. Cue further substitutions for Dublin with Eric Lowndes and Ryan Basquel coming in for James McCarthy and Con O’Callaghan.

A 65th minute point from Ciaran Murtagh was followed by Dublin’s final substitution as veteran Philly McMahon enter the game in place of Eoin Murchan.

Costello and Murtagh exchanged frees as the game headed into the final five minutes. Costello then hit one of the points of the match a beauty from the right hand sideline which sailed right between the sticks.

The game headed into injury time with Roscommon’s Eddie Nolan and Ciaran Murtagh hitting points either side of one from Ciaran Kilkenny.

Just before the final whistle an excellent Dublin move with Eric Lowndes putting Brian Fenton in on goal, the big Raheny clubman had his shot at goal stopped by a foot block and the Dubs were awarded a third penalty and with time up Costello just stroked the ball over the bar for a point and Dublin claimed their first Allianz Football League win of 2021 with nine points to spare.