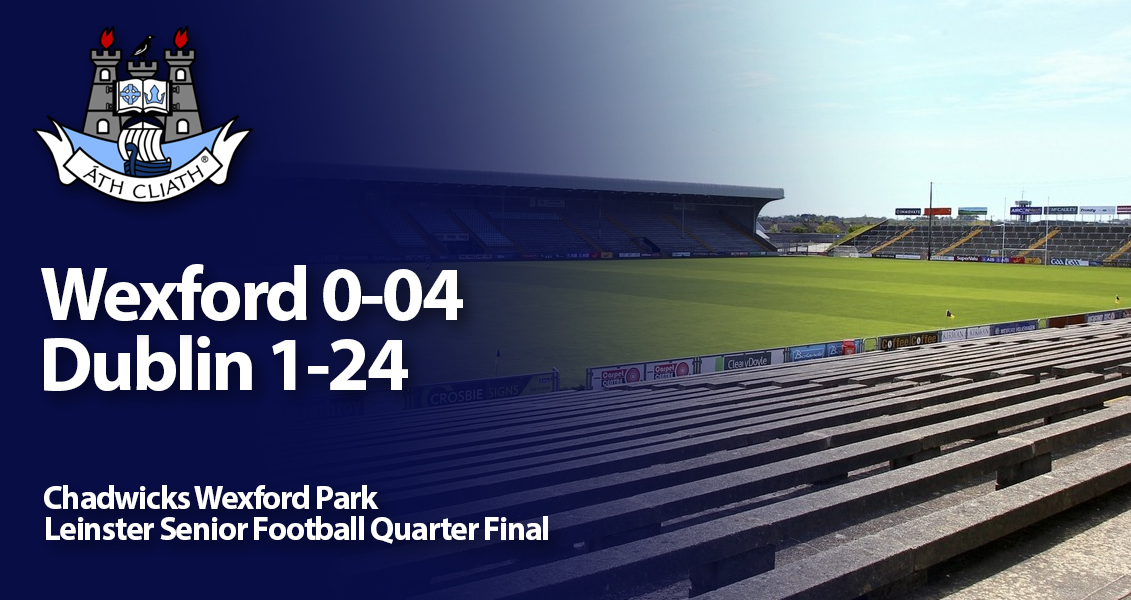 There was no sign of any remaining frustrations after Dublin were relegated from the top flight of the National Football League. And the manner in which they controlled tonight’s Leinster proceedings will give hope to a lot of Dublin supporters, many of whom travelled to Wexford Park.

Fenton, who played conductor of the orchestra, hit 0-05, some of which were perfection. The returning Con O’Callaghan easily grabbed 1-06 in his first appearance in 2022. His 40th minute goal saw the game unravel for Wexford who trailed by 0-10 to 0-01 at the break.

The game took a while to heat up but with Fenton’s influence quite apparent, he’d feed Dean Rock to get Dublin’s opener in the 9th. And the Raheny midfielder made it 2 shortly after. Eoghan Nolan clawed one back for the home side but that blue wave was just bubbling under the surface.

Fenton, Brian Howard and Rock made it 0-05 to 0-01, and things could have got a lot worse for Wexford. The ball would hit the Wexford crossbar twice, first from a agressive buikd up resulting in John Small rocketing the ball goalward. After Fenton made it 0-06, Ciaran Kilkenny set O’Callaghan on his way, but the Cuala man also smashed the crossbar.

O’Callaghan Goal Closes Out The Result

They may have left Wexford waiting to restart, but Dublin wasted no time closing out the game. Fenton hit his 5th score of the game, rightly being award the player of the match. And it wasn’t long before O’Callaghan capitalised on a rebound from a Dean Rock attempt. Rock’s ball in came off the crossbar and Con was in the right spot to see the ball into the Wexford net.

O’Callaghan added three more scores to take the game out of sight, before Farrell sprung the seasoned James McCarthy and Niall Scully from the bench further bolstering Dublin’s options.

A converted mark from Niall Hughes was followed by a goal chance for Wexford, but goalkeeping debutant David O’Hanlon averted the danger keeping Dublin in control. Tom Lahiff and substitute Lorcan O’Dell added their names to the scorecard. Padraic Hughes got a consolation score for the home side, who’ll now hedad for the Tailteann Cup to finish theur season. Dublin will head for the Leinster Semi Finals with some confidence. 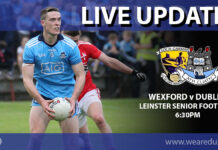