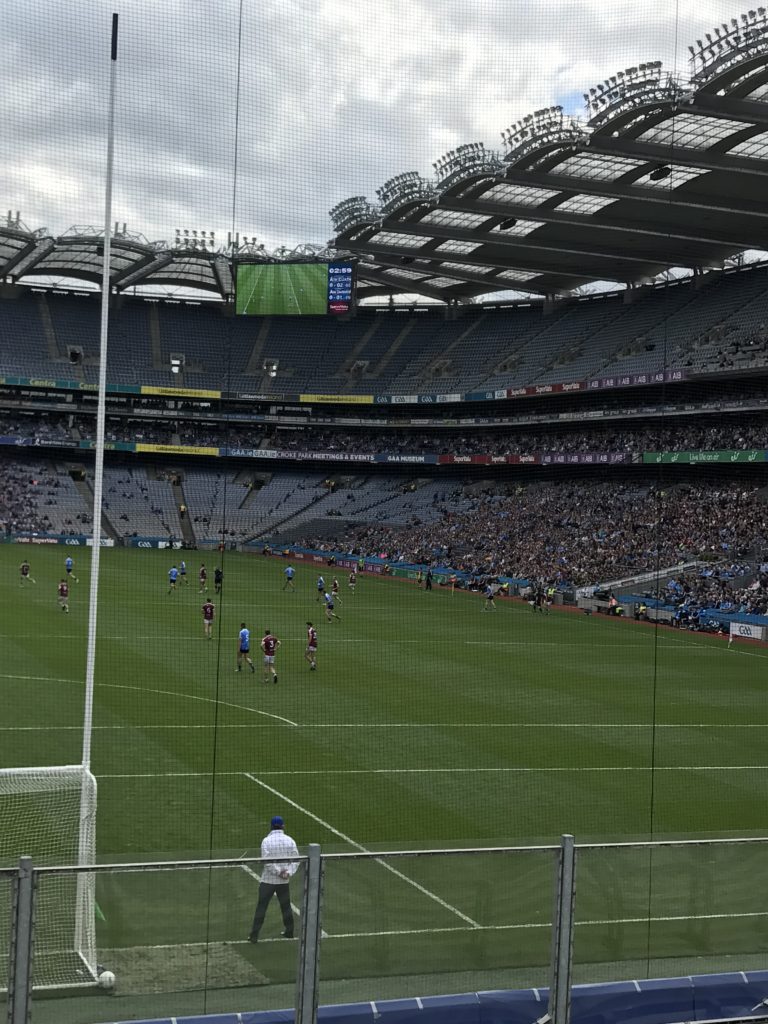 Dublin are through to face Kildare in the Leinster Final on the 16th of July after the easily dispatched Westmeath in Croke Park today by a whopping 31 points.

This game was all but over at half time as the boys in blue led by 13 points at the break with the score 1-15 to 0-05 with the Dublin goal palmed to net by Dean Rock after good work from Eric Lowndes.

It was no more than a training session for Dublin but they were relentless and pressed all the way to the finish. Gavin brought on Eoghan O’Gara on for Andrews at half time and the towering forward made his impact felt seven minutes later when he pulled a high pass from the skies turned inside his marker and buried the ball to the back of the net.
There were further goals added by Ciaran Kilkenny and Kevin McManamon to seal an easy win for the boys in blue. Dublin’s standout forward today was Paul Mannion who scored some brilliant points today and finished with eight points to his name.