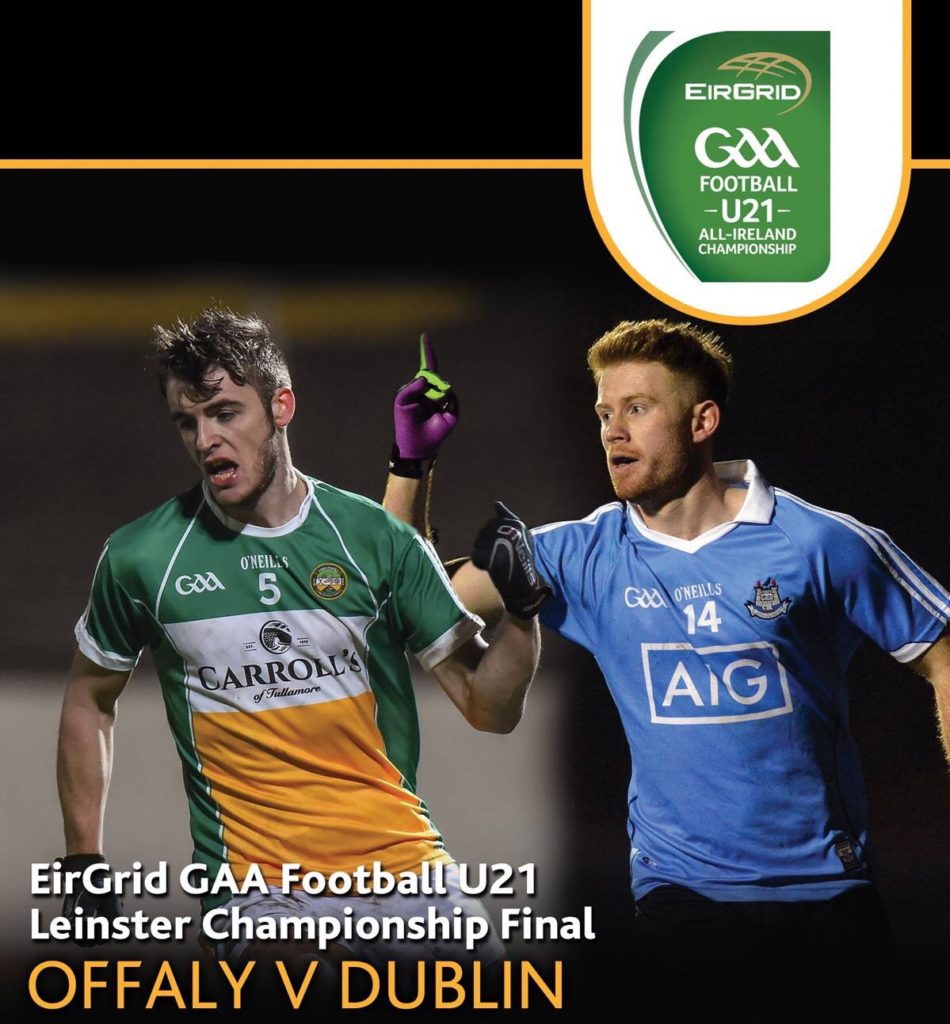 Dublin’s U21 footballers made it four Leinster titles in a row for the first time in their history this evening as they had too much for Offaly in O’Moore Park.

Two second half goals cemented the win the first coming from Tom Fox a few minutes into the second half and Stephen Smith grabbed the other one just before the end to seal the new record.

Dublin started brightly and were 0-07 to 0-03 in front inside the opening 17 minutes with points from Tom Fox (2), Glenn O’Reilly, Chris Sallier, Aaran Byrne (3).

Offaly had a ten minute spell of possession thereafter but failed to capitalise and Dublin finished the half strongly with points from Man Of The Match Aaron Byrne, Eoin Murchan and a Con O’Callaghan free and Dessie Farrell’s men lead 0-10 to 0-05 at the break.

O’Callaghan got the ball rolling again a minute into the second half as he pointed a 21m free. Three minutes later and Dublin forged further ahead when Tom Fox found the back of the net after been played in by O’Callaghan. Glenn O’Reilly added another point to leave the score 1-12 to 0-05.

With such a decent lead Dublin were somewhat guilty of tacking their foot off the gas and went scoreless from the 38th to the 54th minute. Offaly fought back during this period to hit three points on the bounce all from frees scored by Shane Tierney with one and the other two from the boot of Jordan Hayes.

But they really needed a goal to get back into the contest and it never arrived. Dublin cruised home hitting 1-02 in the closing stages, Con O’Callaghan hit two great points and Stephen Smith burst through for a goal to put the icing on the cake with a left footed finish.

Dublin will now face Ulster opposition in the All Ireland semi-final on the 15th of April.