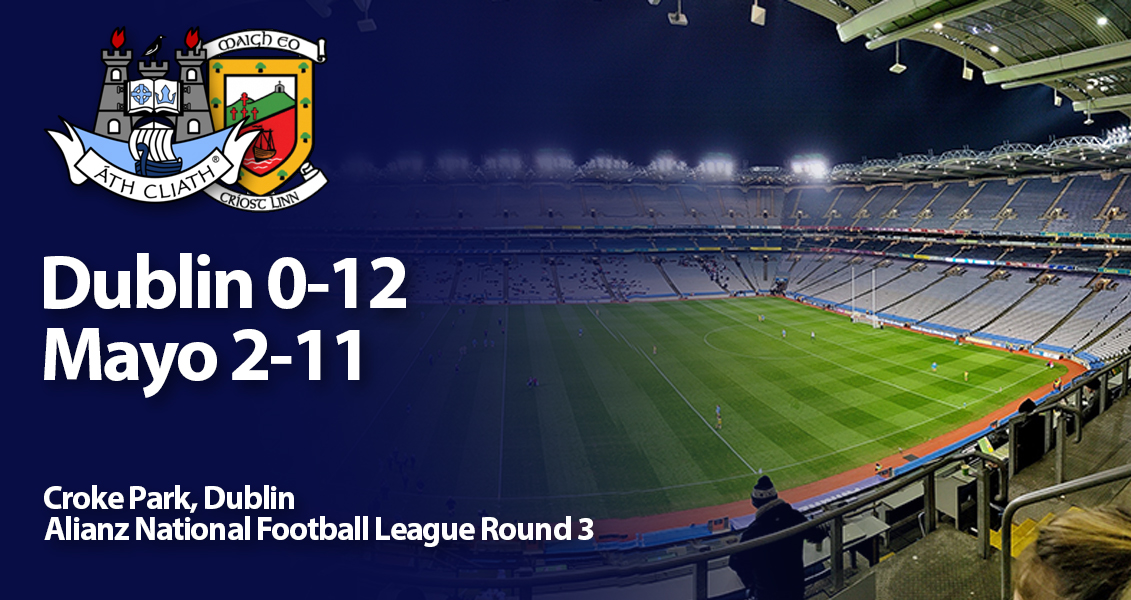 For the first time in a decade, Mayo left Croke Park claiming a league win over Dublin. And for Dublin supporters, it was another lifeless second half performance as Dessie Farrell rebuilds. The evidence of a huge cheer for the returning Jonny Cooper being the highlight of the evening for fans really tells a upsetting tale.

Leading by three points at half time, Mayo really never looked troubled by a Dublin side who only managed two points from play in the second half, leaving them bottom of the Division 1 football league table.

Not helped by the weather conditions, there didn’t seem to be the usual gear changes from Dublin again. Brian Howard was charged with bolstering a struggling defence, very apparent with Jack Carney standing confortably in acres of space for Mayo’s first goal. Granted Evan Comerford pushed the initial shot against the upright, but the ball hit him on the rebound and into the net.

Things looked promising for Dublin in the opening exchanges. After conceding the first 2 points to Mayo, Dublin hit four scores unanswered giving the faithful fans something to cheer.

The home side were a point the better in the 21st minute before Carney’s goal chance rebounded to the net. Mayo went three clear before Dublin strung three points together to level on 31 minutes. But a Ryan O’Donoghue ball into the area saw Aidan Orme palm the ball past defending Michael Fitzsimons and into the net.

Rob Hennelly finished the half with a long range free. And all they needed to do for the second sesion was contain a struggling Dublin, which they did to see them only register 2 points to Mayo’s 0-05.