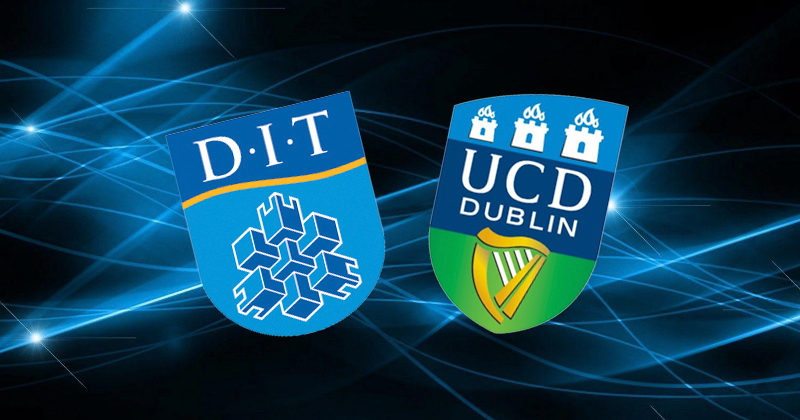 Reigning Sigerson Cup Champions UCD started where they left off this afternoon with a comprehensive win over Cork IT this afternoon. The 34 time trophy winners are remain on course for their 35th title, and now bypass Round 2. Their Round 3 opponents could end up being county rivals DIT, who play Athlone IT next Wednesday for a spot in the next round, having narrowly lost to the University of Limerick yesterday in Grangegorman.

UCD weathered a terrible start and were trailing by 0-07 on around 18 minutes. But Kanturk player Paul Walsh was dismissed for Cork before half time, and that really put a dent in CIT’s progress. A star studded UCD side, including Dublin’s Con O’Callaghan, Monaghan forward Conor McCarthy, Stephen Coen from Mayo and Tyrone defender Conor Mayler, took complete control after the break.

Galway corner back Liam Silke was introduced into the half forward line to form a three prong attack alongside McCarthy and O’Callaghan. This saw the Cork side fall asunder and they failed to score a single point in the second half. And with a spare man, Kilmacud Crokes Cillian O’Shea swept away any danger CIT tried to cause.

Trailing 0-08 to 0-01, Sarsfields Conor Hartley resurrected UCD with a goal in the 20th minute. And McCarthy followed up 5 minutes later for UCD’s second. By the half time whistle they’d reduced CIT’s lead to only 0-02.

And the second half was a steamroll. Two points in the first minute of play and UCD were level. And after Con O’Callaghan pushed them in front for the first time, Crettyyard’s Evan O’Carroll would sink their third goal from a pass by Barry McGing.

Fiachra Clifford, who had scored two goals for Kerry in the 2017 Minor All Ireland Final, palmed another into the net for UCD’s fourth. And finally Con O’Callaghan got his green flag following a very strong run to beat CIT’s Christopher Kelly in goals. UCD finish on a 0-13 winning margin after being 0-07 down. Their next fixture is on Wednesday January 30th at 7:00pm

A much tighter contest yesterday, but the wrong result for DIT as they were narrowly beaten by UL. Clare Forward Keelan Sexton registered 1-10 for the Limerick side in a fantastic individual performance.

Ronan O’Toole opened the scoring for DIT and they extended to a 0-03 to 0-01 early lead. but UL were building momentum and by the 17th both sides were level on 0-05 each. Sexton would find the net in the 19th and Baltinglass Keeper Marck Jackson will still be snapping as a dipping ball from Sexton found it’s way past him and into the goal.

Before the break however the Dublin side would register their own goal, with St. Loman’s Ronan O’Toole finishing from close range, finishing the half 1-07 a piece.

Sexton continued to drive for Limerick in the second half and with the game almost over UL were three points clear. But two dead ball conversions, from Mark Jackson and Callum Pearson closed the gap to the minimum. But UL were strong enough to hold out for the victory, sending DIT in the Round 2 Back Door. And they’ll face Athlone IT next Wednesday with the winners seeing UCD in Round 3.