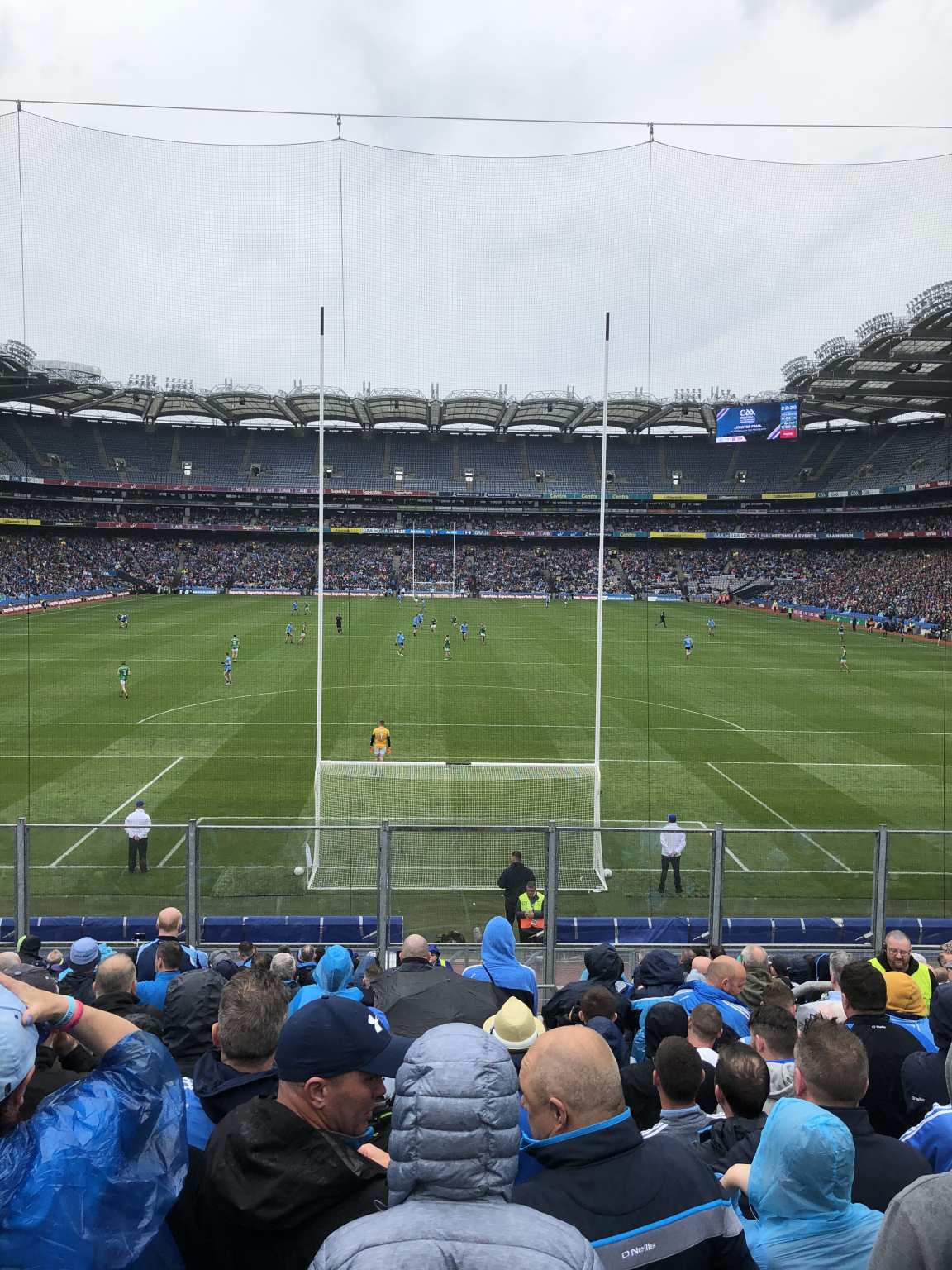 Dublin claimed their 9th Leinster title in a row this afternoon in Croke Park with an easy win against a Meath side that offered no challenge on the day.

Meath were so poor that they could only manage four points in the entire game against a Dublin side that hardly played out of second gear. Jim Gavin’s men would have had a tougher A v’s B game in the lead up to today’s game.

Besides becoming the first side to win nine provincial titles in a row Dublin also equalled Wexford’s 100 year record of 18 consecutive championship victories.

The weather conditions were poor for the start of the game and got progressively worse in the second half. Players found it difficult to stay on their feet on the slippery surface and the ball was like a bar of soap.

Dublin are Leinster football champions for the ninth year in a row #RTEGAA pic.twitter.com/jC6nkGsOeI

It took a full 11 minutes for the first score of the game, a poor kick-out by Meath goalkeeper Andrew Colgan was intercepted and Ciaran Kilkenny swept the ball over the bar.

Dublin were two to the good a minute later with a point from the marauding Jack McCaffrey. Jim Gavin’s side were cutting through the Meath defence with ease and McCaffrey almost scored the first major of the game but his shot was blocked for a 45’ which was converted by Cormac Costello.

An excellent point from the Cusack Stand side by Paul Mannion our Dublin four points in front and the writing was already on the wall for Andy McEntee’s side.

Regular spot kick taker Paul Mannion stepped up but his well hit shot struck the base of the post and Meath cleated the danger.

Paul Mannion, man of the match, says Meath made it extremely difficult in the first half. pic.twitter.com/LetlEDupQU

Meath finally troubled the scoreboard in the 33rd minute with a Bryan Menton point it was to be their only score of the half although they did hit three efforts off the post and dropped point attempts short into Stephen Cluxton’s hands.

The half time whistle sounded with Dublin leading by four on a scoreline of 0-05 to 0-01.

Although it was a low scoring first 35 minutes Dublin had completely dominated the proceedings playing in first gear and the worry for Meath was why would happen when the Dubs went through the other gears.

The second half opened with a Jack McCaffrey point and in the 49th minute the Dublin lead was out to six points with a converted free from Cormac Costello.

Watch highlights on RTÉ2 on The Sunday Game pic.twitter.com/9dG637tlmy

A Mickey Newman point into the Hill 16 end drew a cheer from the Dublin support, but that’s as good as it got for the Royal County as the Dubs shifted Into second gear to hit 1-08 without reply.

Paulo Mannion got the ball rolling with a point about 35 metres out, Brian Fenton got in on the act with one of his own and Mannion popped over his third of the game.

Dean Rock was back in the squad after injury and was sprung from the bench. The Ballymun Kickhams man gave Jim Gavin a reminder of what he brings to the team with a string super points.

His first was a customary accurate free attempt he followed that up with a beauty from the Cusack Stand side and seconds later popped up over by the Hogan Stand to sweep over another excellent point.

Dean Rock gives a reminder of his ability with a succession of scores as a sub.

Watch highlights on The Sunday Game on RTE2 at 9:30pm #rtegaa pic.twitter.com/8gYb7ejH4Y

Paddy Small was introduced from the bench in the 62nd minute but his appearance was cut short just three minutes later due to injury with Paddy Andrews coming on in his place.

The St Brigids man hit a nice shot over the sweet spot two minutes later as the Dubs started to disappear over the Meath horizon.

They were completely out of sight with two minutes left of normal time when Con O’Callaghan scored a brilliant goal into the bottom right hand corner of the net.

As the game headed into injury time Dean Rock scored his fourth point since being introduced from the bench and just before the final whistle Mickey Newman scored a consolation fourth point for Meath.

As the downpour got heavier the final whistle went and a 9th Leinster title in a row was secured by the history making Dubs.