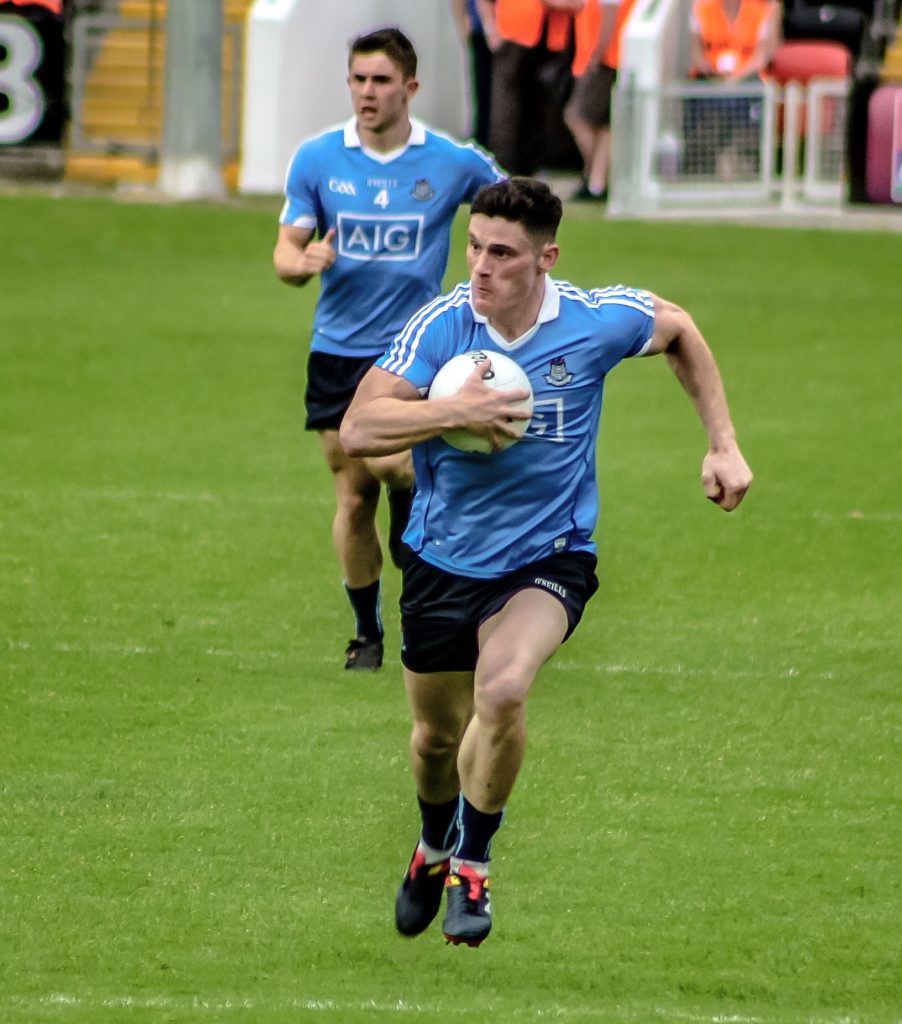 The subject of targeting of players just won’t go away, particularly when talking about Diarmuid Connolly. Yet again after St Vincent’s Leinster Club Championship semi-final win over Mullinalaghta, was the far too regular occurrence this year of a photo of Connolly with a badly ripped jersey.

Of course when this subject is brought up you get the usual response of, it’s a man’s game, it’s part of the game, it’s just close marking and other ‘Macho’ rhetoric.

Well it’s not manly to rip an opponents jersey almost off the back, nor is it within the rules of the game, so it is not part of the game, nor should it be allowed to be continued to be tolerated by match officials.

In certain quarters some have tried to compare the treatment Connolly received as been on a par with close attention that Colm Gooch Copper and Bernard Brogan have received through their careers, but funny enough it’s hard to remember any photos of either of those two players with their jerseys ripped right down to their navels and certainly not with as much regularity.

Now everyone knows the red mist can descend on Diarmuid and he has been involved in a couple of flash points this year, but this type of targeting of Connolly needs to be addressed as it has got ridiculous at this stage and it’s no wonder that the St Vincent’s man void of any protection from the officials loses his patience with the constant dragging, pulling and off the ball striking from opponents.

The Dublin GAA annual report was released on Monday and Dublin CEO John Costello had his say about the targeting of Connolly and called on the GAA to clamp down on the ‘instigators’ of such incidents.

“During the season the word ‘targeting’ was very much in the headlines after some games. It would seem that ‘targeting’ means different things to different people,” he writes.

“Euphemisms such as ‘man-marking’ and ‘close, continuous marking’ were used to suggest they were the same as ‘targeting’. They are not.

“I’ll give one example of ‘targeting’ and how the victim can ultimately be deemed to be the guilty perpetrator if action is not taken by officials when the ‘targeting’ is not cut out at source and the instigator for the most part goes unpunished.

“In one of our championship games this summer one of our players – (no prizes for guessing who!) – Diarmuid Connolly –  was struck about six times before the ball was even thrown in to commence the game. Okay, they were not Mike Tyson haymakers he was hit with but, nevertheless, each blow was an infraction of the rules and worse still, happened right under the gaze of one of the referee’s linesmen.

“At most breaks in play, this action continued with the perpetrator turning his back to the play and repeatedly striking Diarmuid, with one intention only, i.e. provoking a reaction that may get him in card trouble.

“The linesman’s attention was brought to it but again no action taken.

“In conclusion, to clean up this aspect of our games which often culminates in messy pushing and shoving contests and, ultimately the odd ripped jersey or two, it is important for the welfare of the game that action is taken to cut it out at source, i.e. the original instigator.”

FLYNN ONE OF A NUMBER OF DUBLIN STARS EXPECTED TO RETURN...