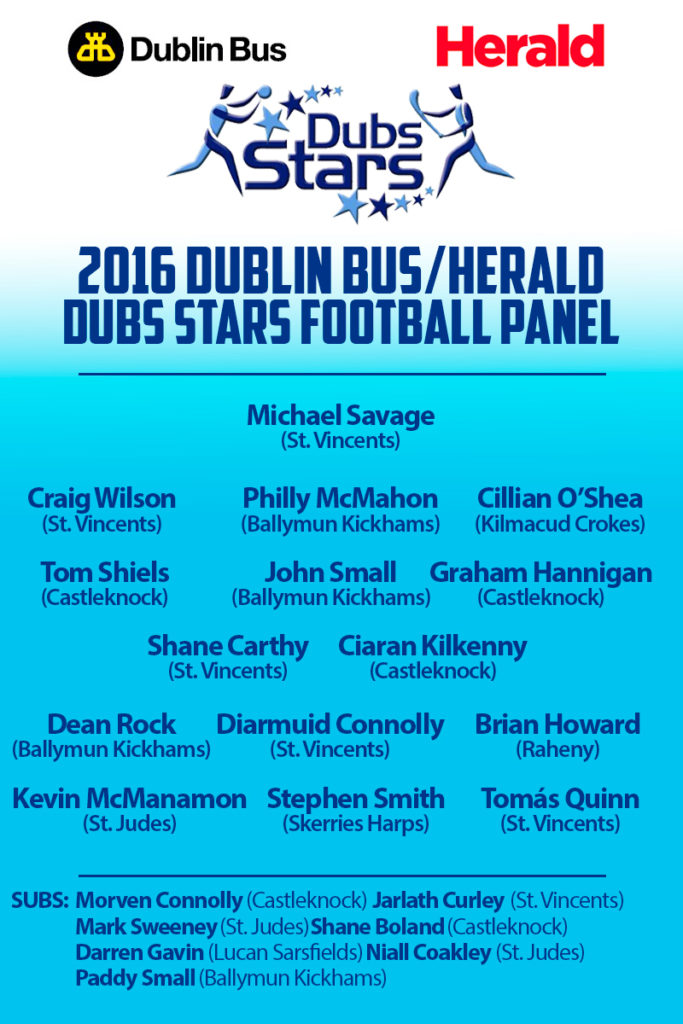 The Leinster Finalist, who travel to O’Moore Park this weekend to face Offaly Champions Rhode this Sunday, in the hope of lifting yet another coveted title, have been honoured with five starters and a reserve.

Michael Savage, Craig Wilson, Shane Carthy, Diarmuid Connolly and Tomás Quinn have all been given the starting nod, with Jarlath Curley among the subs.

First time Senior County Finalists Castleknock have deservedly been selected for an impressive five places, with Tom Shiels, Graham Hannigan and Ciarán Kilkenny in the starting fifteen, and Morven Connolly and Shane Boland on the bench.

Philly McMahon, John Small and Dean Rock represent three starters for Ballymun, with Paddy Small in reserve. Kevin McManaon gets the nod for St. Judes, with Mark Sweeney and Niall Coakley on the bench.

The remainder of the panel are made up of players from Kilmacud Crokes, Raheny, Skerries Harps and Lucan Sarsfields.