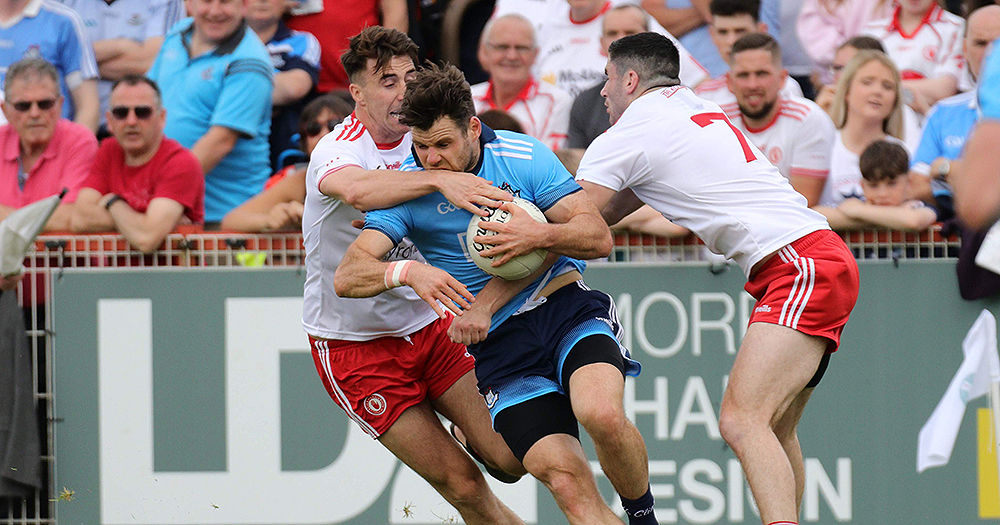 Following the CCCC’s investigation into the clash among multiple Dublin and Tyrone players at the half time break in Omagh last Saturday week, both counties have accepted a €5,000 fine.

The game between the two sides on the Allianz Football League on February 29th was marred as both teams clashed at the break. But no further punishment will be dealt out by Croke Park. The decision to hand down the fines will therefore put a close to the incident.

Broadcast clips of the incident, along with fan footage on mobile devices showed no conclusive evidence. And therefore no individual players or staff will receive punishment. The only player to receive any punishment was Tyrone’s Padraig Hampsey. Hampsey was shown a black card before the second half got underway.

Both Dessie Farrell and Mickey Harte gave their views after the game blew full time. Farrell branded the incident “needless” Harte believed the Hampsey’s Black Card would be the only repercussion to come from the incident, and it now turns out to be correct.

It’s also believed that following the incident and it’s investigation, there will be no plans to review half time protocols during league games.

Memories of The Battle Of Omagh

It’s definitely not the first time there’s been clashes between Dublin and Tyrone players, particularly in Healy Park. Supporters will recall the ‘gathering’ of players during their clash in 2006. Labelled the “The Battle Of Omagh” many ugly brawls broke out with four players being sent off. All in a time before the Black Card. Referee at the time Paddy Russell was quoted as saying that had one more incident occurred on the day the match would have been abandoned.

The punishment in 2006 was a €10,000 fine for each county, with seven players suspended. However none of the players ended up serving the suspensions through a technicality.