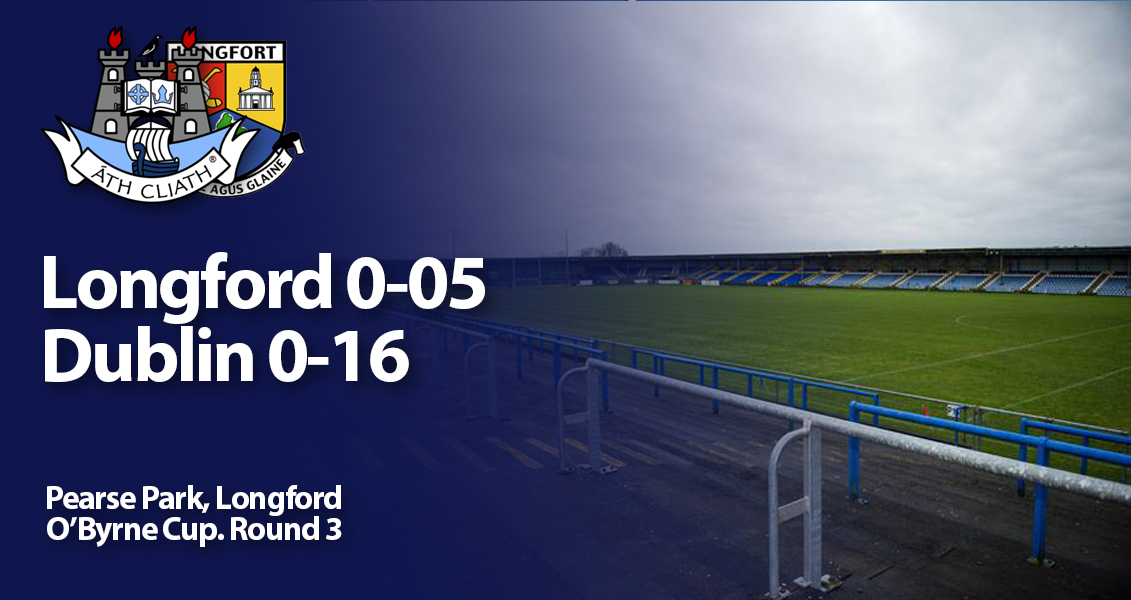 A clean sweep of wins for the Dublin Senior Football panel as they see off the challenge of Longford today, booking themselves a place in the O’Byrne Cup Final next weekend. And again, today was another opportunity for manage Dessie Farrell to view some up and coming talent combined with some experience.

James McCarthy, Eoin Murchan, Ciaran Kilkenny and Brian Howard all named to start, as Dublin raced into an early lead. Scores from Aaron Byrne, Tom Lahiff, Ciaran Archer, Kilkenny and McCarthy gave the Dubs a 0-05 to 0-01 lead by teh first half water break. But Farrell will have concerns as Paddy Small was forced out of the action shortly after due to injury.

Despite that, the visitors kept their momentum, with additional scores from Archer, Kilkenny and Sean Bugler. And going down the tunnel at Pearse Park they held an 0-08 to 0-01 half time lead.

Dublin contiuned to add pressure on the restart with Kieran Kennedy and Kilkenny adding scores.

Farrell made a raft of swicthes to give some more players game time and the chance to impress. Whitehall Colmcille’s Lee Gannon continues to impress in the competition, adding a score to his O’Byrne Cup account. Harry Ladd (2), Warren Egan and Ross McGarry also added to teh Dublin scoreline, helping them run out comfortable winner to advance to the O’Byrne Cup Final.