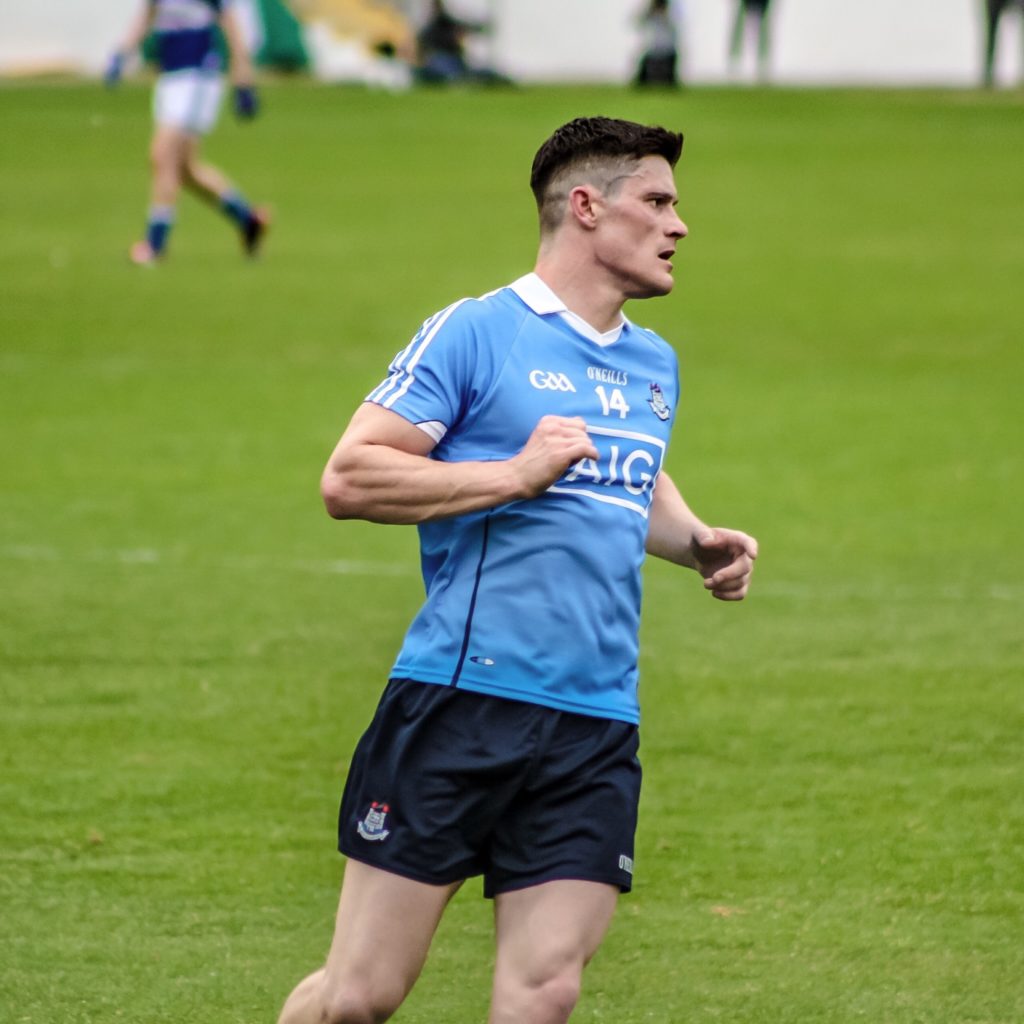 Connolly had another stellar season for Jim Gavin’s Dublin side and once again thrilled not only the Dubs supporters, but also the neutrals with his array of skills and score taking. The St Vincent’s clubman helped Dublin retain the Delaney Cup for the sixth year in a row and won the man of the match awards in the boys in blue victories over Laois and Meath.

The Padraig Pearse medals were specially commissioned by the Leinster Council as part of their activities to mark the centenary of the Easter Rising and also acknowledge the link between Pearse and Comhairle Laighean.

Leinster Chairman John Horan presented the medals and spoke about the link between Leinster and Pearce.

“Padraig Pearse was passionate about incorporating Gaelic Games into the curriculum that was taught in his school in St Endas.

“He was also Vice President of the Leinster Council Colleges’ Committee.
“We wanted to honour our proud link to Pearse and this player of the year award does that and both Jonjo and Diarmuid are two very worthy inaugural winners after their stunning exploits of last summer.”

A short list of top performers from this years Leinster Senior Football and Hurling Championships was drawn up and a panel of national media and Leinster GAA Officials deliberated to choose the winners.