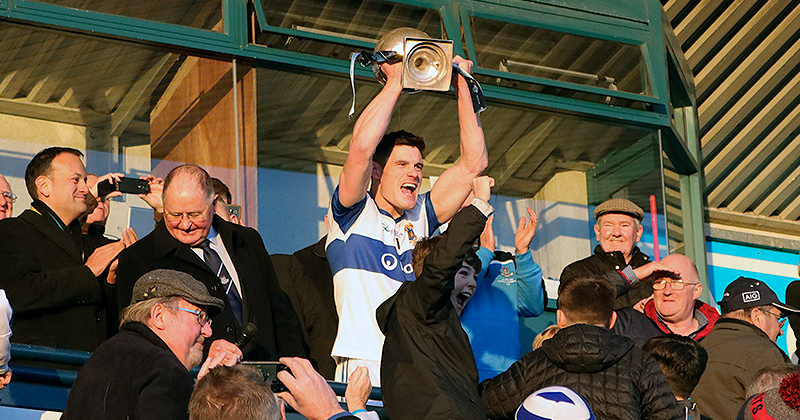 Diarmuid Connolly is expected to make a full return to football in Sunday’s Dublin Senior 1 Football Championship. It’s Quarter Final for action for St Vincent’s against Castleknock in Parnell Park.

The last time Connolly appeared for Vincent’s was way back in November of last year.  The Marino men were left shocked by Wicklow Champions Rathnew in the Leinster Championship Quarter Final in Aughrim Park. And it was a relatively quiet day for Connolly, only registering one score from a free kick.

In terms of his beloved Dublin, his last competitive appearance was on February 24th. Conolly was a bit part during Dublin’s League Division 1 victory over Mayo in Castlebar. And it would be his only appearance of the inter-county season.

Farewell For The Summer

Connolly spread his wings and decided to spend the summer in Boston. He won a championship with the Donegal Boston club. The accomplished forward returned to Ireland last month. And although he was named on the bench for St Vincent’s for their final round-robin match against Lucan Sarsfields, he attended the match purely as a spectator.

His name appeared as the number 19 in the match programme. But it became apparent quite quickly that he hadn’t even togged out for the warm up.

Instead he found time to interact with fans on the sideline as his side cleaned house against Lucan to book their Quarter Final slot. He even found time to catch up with some of his inter county team mates from Templeogue Synge Street who were also in O’Toole Park on the same day.

Surprise Surprise the King is back (on the bench) pic.twitter.com/4NbPXtwvXo

Connolly thrived in the States and helped Donegal Boston to a Boston SFC Final win over the Wolfe Tones with the Dublin forward notching 12 of his side’s 17 points in the win.

He also scored 0-4 of Donegal’s 0-13 as they overcame Aidan McAnespies by four points in the semi-final.

However, it is believed he returned to club training this week increasing speculation that he could be primed for a return when the holders face Ciarán Kilkenny’s Castleknock, whom St Vincent’s beat in the 2016 county final, in Donnycarney on Sunday.