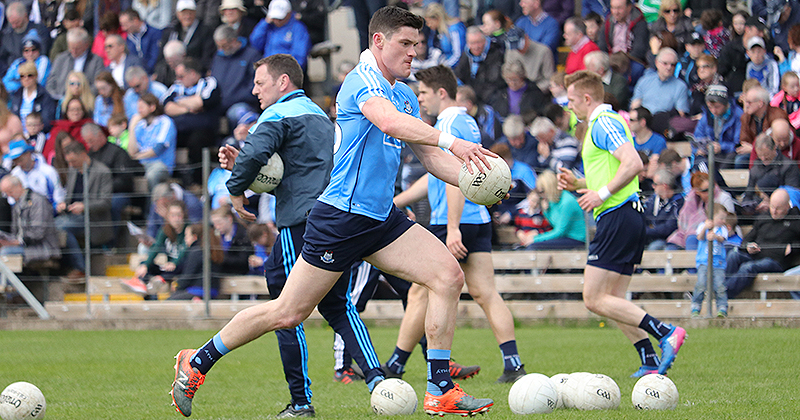 St. Vincents club man Diarmuid Connolly has been more than an integral part of the Dublin Senior Football Panel since 2007. And in that time has been labelled the most naturally gifted footballer in the modern game. A tag that he has taken in his stride.

This evening Diarmuid has announced his retirement from Dublin Inter County Football. And he says goodbye to the thousands of adoring supporters he’s grown affection with over more than a decade.

Connolly has amassed six All Ireland titles, ten Leinster medals, and four National Football League titles. While contraversy sometime followed Diarmuid, he will go down in history as one of the greatest to wear the blue of Dublin.

“I have come to the decision to retire from representing Dublin GAA at inter county level.”

“I have been fortunate enough to play with an incredible group of players and I have cherished memories for life.”

“Throughout my journey with Dublin, I was lucky to have shared it with an exceptional collection of friends who displayed unwavering support and loyalty to me during my time.”

“I would like to thank my club, St Vincent’s GAA and the Dublin County Board for giving me the opportunity to represent Dublin from underage to senior level.”

“There was always a strong relationship between the county board, the teams and players and this had a notable influence on how we performed.”

“To all the Dublin senior management, support and medical teams that coached, treated and helped me throughout my fantastic journey -THANK YOU .”

“To my parents, my family and my friends – thank you for supporting me and always believing in me. You gave me strength along my journey.”

“Finally, I would like to express my eternal appreciation to the incredibly loyal, passionate and devoted Dublin supporters, who were always there for us, no matter the score. You will always hold a special place in my heart.”

“Thanks for the memories.

We wish Diarmuid well in his Inter County retirement, and thank him for the many memories.

I WASN’T EXACTLY GOING TO BE THE NEXT RONALDO – JOHN...

Second Tier Football Championship To Be Introduced In 2020