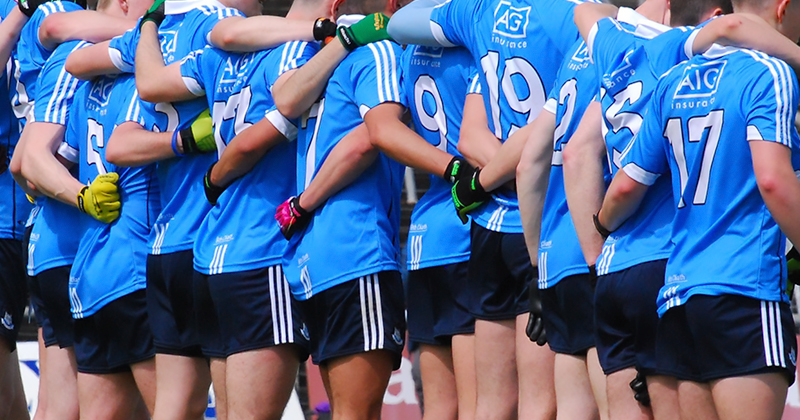 Despite losing star forward Con O’Callaghan to a black card in the very early exchanges of this afternoon’s All Ireland Semi Final, Dublin’s U21’s secured their All Ireland Final spot against Galway after seeing off a hotly tipped Donegal in Kingspan Breffni Park.

A goal from Sean McMahon in the last quarter of the proceedings was enough to earn the victory for Dublin over the Tir Connaill men. And this will be Dublin’s first All Ireland final appearance since their 1-21 to 3-06 Championship win over Roscommon in 2014.

Donegal had succeeded in Ulster using a strong defence and fast paced counter attack, and Dublin’s response to this today was the key factor in quite a comfortable victory.

The Dubs opened the scoring with pointed free from O’Callaghan but just over a minute later the Cuala man was shown a black card for an off the ball incident which some found a harsh punishment.

Tom Fox, Glenn O’Reilly and Aaron Byrne added to Dublin’s tally and Dessie Farrell’s team managed to keep Donegal quiet until a Michael Langan pointed free got them on the scoreboard in the 24th minute. Glenn O’Reilly and Michael Carroll exchanged scores to finish the half with Dublin leading 0-05 to 0-02.

Donegal bounced back much brighter after the break with two points scored in 3 minutes to closed to gap with Dublin to a single point before Aaron Byrne (3) and Cian Murphy stretched that lead back out to 5 points by the third quarter. two more scores were exchanged before Sean McMahon pounced onto the end of a superb move to fire the ball into the roof of the net.

Dublin continued to press as Chris Sallier, who replaced the back carded O’Callaghan, nailed an enormous score to put the game out of Donegal’s reach, but that didn’t stop them from pressing.

But today, Dublin’s defence was as solid as a rock. Andy McGowan and Cian Murphy closed Dublin’s account today, and despite three scores from Donegal during this period it wasn’t enough.

Dublin ended the game with 14 men as Tony O’Sullivan was black carded in additional time, but as Dessie Farrell had used all his six substitutions, he couldn’t be replaced.