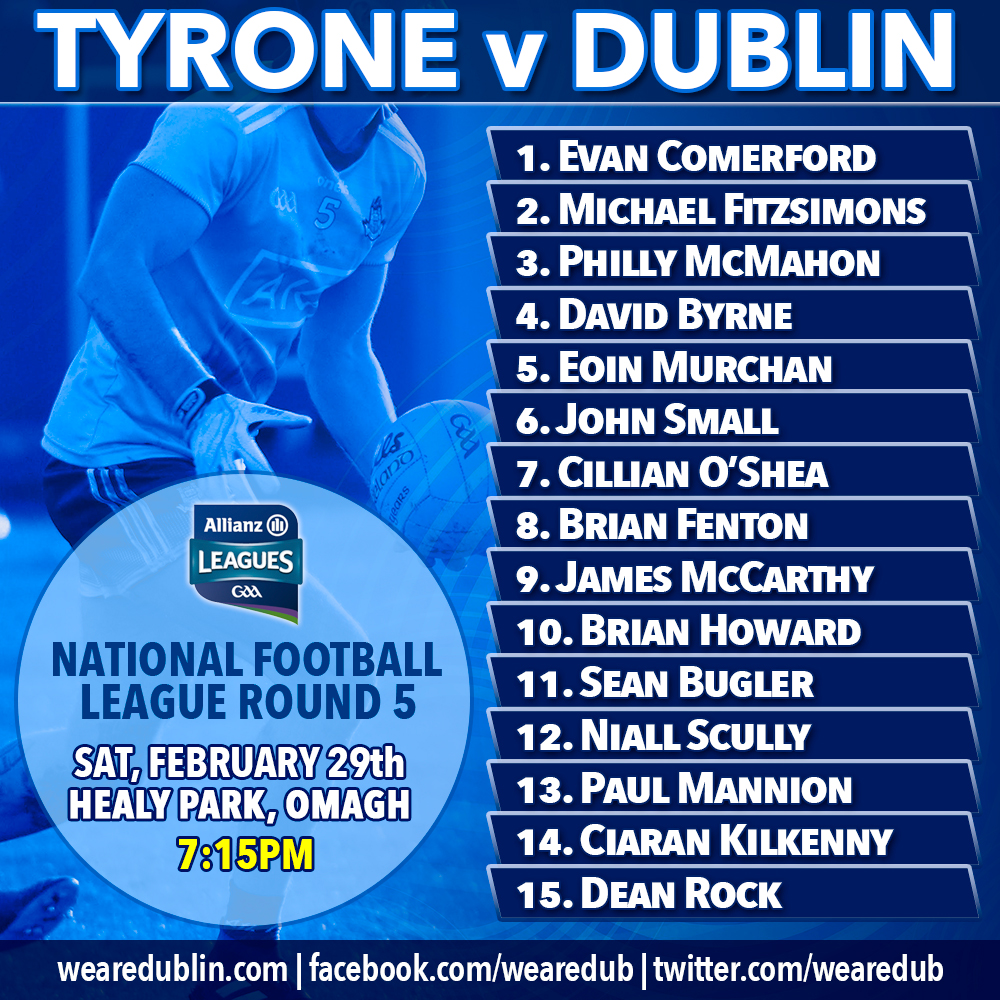 It’s been the scene of many a football battle over the year, and tomorrow night in Healy Park should be no different. Dublin arrive over the border unbeaten in four games so far in this year’s League. And Dessie Farrell is taking no chances for tomorrow’s encounter.

Farrell has named James McCarthy alongside Brian Fenton in Midfield. McCarthy was named for their last fixture against Donegal but was replaced before throw in by Craig Dias. Philly McMahon makes his first appearance this season as Farrell moves some of his back six around.

Niall Scully who was named in the half backs last week moves back to his usual role in the half forwards. Eoin Murchan moves from the full backs into the half back to make room for McMahon.

With Scully back in the half forwards, Ciaran Kilkenny moves into full forward replacing Kevin McManamon who started last week.

Tyrone endured a heavy defeat to Galway in Tuam in their last league fixture and boss Mickey Harte will know they face a tough encounter tomorrow. As the table stands right now they sit in fifth position, but only 2 points away from Dublin and Galway. Monaghan and Kerry sit in third and fourth position just 1 point off the pace.