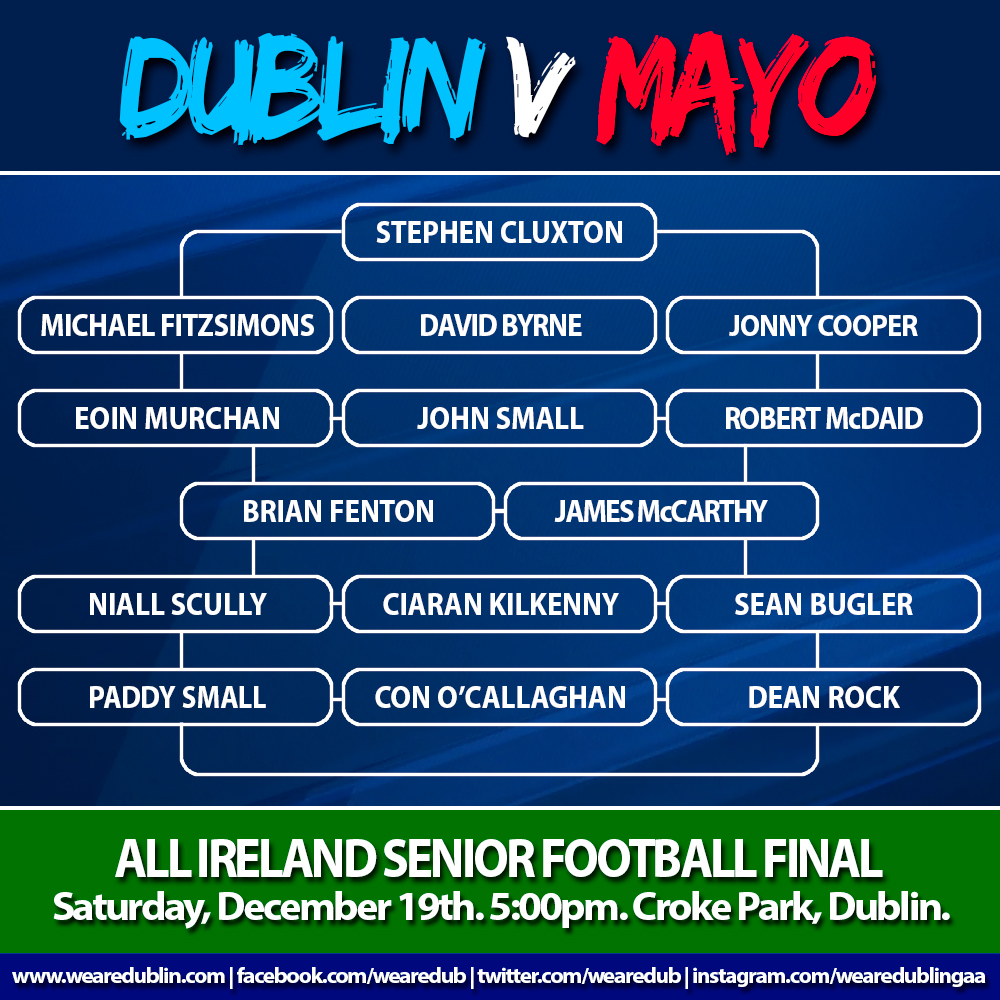 Just one day to go, and Dublin will run out on the hallowed turf of Croke Park for a chance to make history as the first team to ever win six All Ireland Senior Football titles in a row. And in his first year as Dublin manager Dessie Farrell is taking no chances against Mayo, their strongest opposition this year.

It’s a day that every Dublin fan has been waiting for. And in an extraordinary year, a lot of them didn’t expect this day would arrive. But tomorrow, in very different circumstances, every one of those fans wil be cheering Farrell’s side on from afar as they attempt to keep Sam Maguire in the capital once again.

This evening, Dessie Farrell has named an unchanged starting 15 from the side that started and beat Cavan two weeks ago in the Semi Final to book their place in tomorrow’s huge decider.

Jonny Cooper, a late addition to that side, keeps his place for tomorrow’s game.

Dublin saw off Westmeath, Laois and Meath to secure another Leinster Senior Football title before beating Cavan by 1-24 to 0-12 advancing to their sixth All Ireland Final on the bounce. James Horan’s Mayo side beat Leitrim and Roscommon before their Connacht Finalwin over Galway. And in an eight goal thriller they ran out 5-20 to 3-13 victors over Tipperary in their last four clash