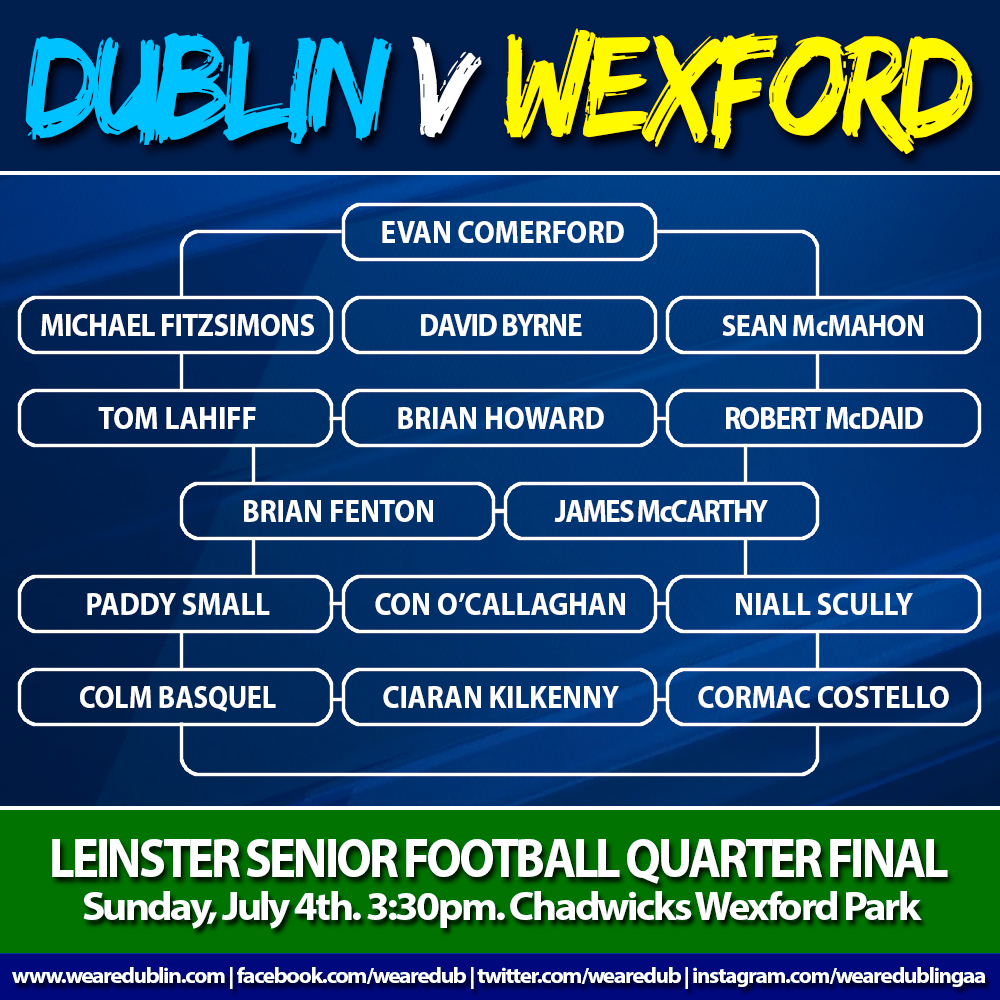 The National League Campaign is complete. The wait is over. The 2021 Championship begins for the Dublin Senior Football Panel tomorrow afternoon. And first up for Dessie Farrell’s men is a Leinster Championship Quarter Final.

Dublin have not met Wexford in the Leinster Championship since the Semi Final stage in 2014. That game went Dublin’s way with a 2-25 to 1-12 win in Croke Park. So Wexford will be happy to have home advantage for tomorrow’s proceedings.

Dessie Farrell has this evening named his starting 15 for tomorrow last eight clash. The Dublin boss has made two chages to the team that started their Semi Final National League fixture against Donegal.

Tom Lahiff and Robert McDaid come into the team, with Eoin Murchan and Peadar Ó Cofaigh Byrne making way for them.

Fans can catch all the action tomorrow on GAAGO, with radio updates  on RTÉ Radio One.

Ciaran Whelan: Provincial System Is No Longer Fit For Purpose