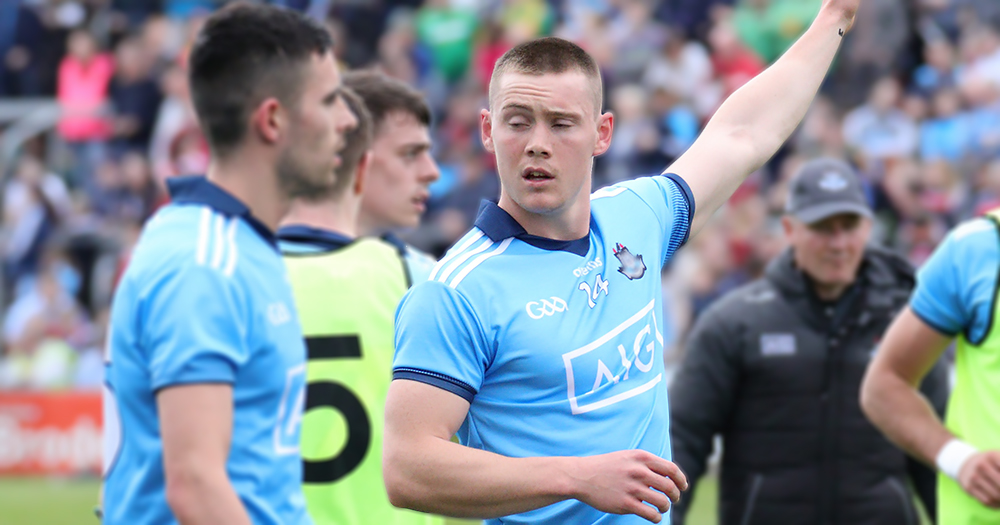 In less than 2 weeks, Dessie Farrell will lead his Senior Footballers into their first duel of the National League. And it will be the beginning of some microscopic analysis of the new Dublin boss. But unfortunately that comes with the territory, taking over from the most successful manager in Dublin’s history.

It was reported that last night Farrell would meet up with his players, following their return from holidays. The last thing he’ll need contend with is injury worries. Thankfully there appears to be only a fe that we know of.

Stephen Cluxton, pictured in a sling during the team break in Bali, has undergone shoulder surgery. So it’s common knowledge that the five in a row winning captain won’t be ready to go anytime soon. But it’s likely he’ll aim for the latter stages of the League competition for a return.

Last Sunday however, Farrell was dealt another blow as Con O’Callaghan suffered an injury during UCD’s Sigerson warmup. Before their clash with UUJ Con picked up the knock during a straight forward drill. And he was due to see the Dublin Medical team yesterday. Early signs were good as O’Callaghan remained at the Sigerson game as a spectator and didn’t show any serious signs of pain or distress.

2019 an incredible year for the Cuala Dual Star

Cuala won back to back All Ireland Hurling titles in 2017 and 2018. with that, college activities, and of course inter county action it’s been a fairly busy few years for O’Callaghan. And thankfully he hasn’t picked up any serious knocks. If anything the Cuala man’s strength and visible physique have become very prominent, particularly in the last year and a half. And last year was probably his best in a blue jersey.

He took part in his first full league campaign, not being involved in club hurling for the first time in a number of years. And that grew into his best championship, winning his second All Star and also a nomination for the Player Of The Year alongside a couple of his team mates.

Not Going To Tomorrow’s League Final? GAA Beo On TG4 Has...