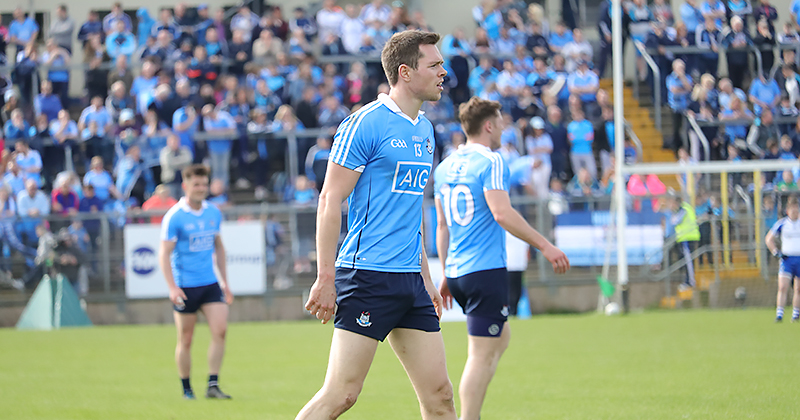 We look ahead to the weekend and the delayed beginning of this year’s Allianz National Football League. And it was inevitable questions regarding the incident that occured at the end of March this year.

Dublin players from all our codes gathered at Parnell Park for a media event promoting the AIGBoxClever insurance incentive. Among those players was Senior Football star Dean Rock.

On April 1st, in what most initially believed was an April Fool’s joke, photographs emerged of a small group of Dublin footballers involved in an early morning training session. The session took place not long after the GAA issued a warning regarding a ban on collective training before the return to training date. That date was April 19th.

The Dublin County Board acted quickly. And that evening they gave Senior Football manager Dessie Farrell a 12 week suspension. They also their unreserved apologies for the incident. Dublin were not the only county to breach these training rules, as Down, Cork and Monaghan also received sanctions.

But now all teams are looking ahead to an altered League campaign. And Dublin star Dean Rock wants to acknowledge the incident personally and move on with the task at hand.

“With hindsight, it never would have happened.” Dean admitted.

“I know an apology was issued at the time, and I’d like to follow up on that with another apology really, just to apologise for what we did. As I said, in hindsight it would never have happened.”

Looking forward to a good summer of football

“We take the lessons from it and we move on. And sometimes you kind of, as an inter-county footballer you think playing inter-county football is the be-all and end-all. But I think a big lesson for us is there are far more important things in life than sport and Gaelic football.”

“That’s something that me personally, I’ve taken from the whole debacle. Just move on and hopefully look forward to a good summer of football.”

When asked whether the players will find it difficult not having Dessie Farrell on the sideline for a period, Rock knows that there is huge confidence in the backroom team.

“Of course, it’s strange not having Dessie there because he’s obviously a big personality and a great person to have around the group. Mick Galvin will obviously be there now and take charge of the team for the National League and foreseeable future. He’s ably assisted by Darren Daly, Brian O’Regan and Shane O’Hanlon.”

Dublin head for Dr. Hyde Park this Sunday as they take on Roscommon in their opening Div.1 South of the National Football League. The game can be watched live at 1:45pm on TG4.