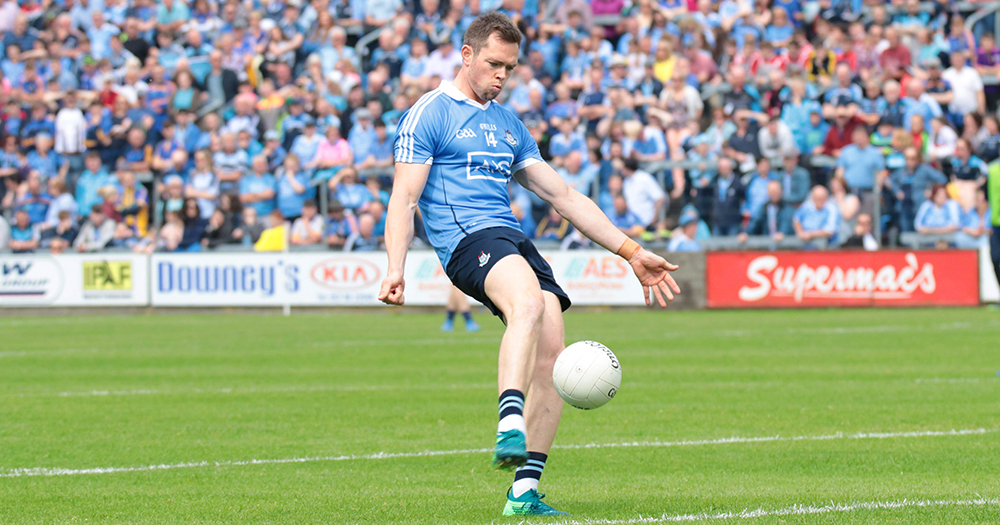 On March 12th of this year, the GAA announced the formal cessation of all club and inter county activity. And with the country gripped by the outbreak of the coronavirus strain COVID-19, we were all in for a new norm.

Three days after the GAA’s announcement, Dublin were due to entertainment old rivals Meath at Croke Park as part of the regular Spring Series. Having suffered their only defeat in the National Football league at the hands of Tyrone two weeks prior, it was the opportunity to make amends. But that and the remainder of the league would become a pipe dream.

For Dean Rock, the five league games had seen the Dublin forward collect scores like shooting fish in a barrel. A huge 2-23 over the five rounds saw Dean lead Dublin’s scoring arsenal. But what may not have been on his mind was the realms he was about to enter.

You see back in 2017, when Gerry Callan first published his Complete Record Of Dublin Football, 1887-2017, Dean had entered the Top 10 in Career Top Scorers across League and Championship. He shared the elite platform with fellow team mates like Bernard Brogan and Diarmuid Connolly. But of equal gratification would be rubbing shoulders, not just with his Dad Barney, but to be associated with players like Ciaran Duff, Charlie Redmond, the great Kevin Heffernan, and of course the best of them all, Jimmy Keaveney.

By the end of the 2018 season, Dean had moved from 7th place in the prolific list to 5th. And by the time Dublin had left Healy Park on February 29th of this year, Dean was biting at Jimmy Keaveney’s heels. Just two more points would see Rock equal the seventies legend’s haul. Rock may soon become Dublin’s most prolific.

Dean didn’t get a championship start until the age of 24. So the numbers themselves, and indeed the position the Ballymun Kickhams star now finds himself in is the stuff of dreams.

Over an eight year period, Dean has averaged 5.2 points per game. Jimmy Keaveney’s game average was 4.8, his Dad Barney’s 4.5. Even Bernard Brogan, a man destined to become Dublin’s most prolific, see his average at 3.9.

From an early age, Dean knew he had a lot to live up to. And while he has well eclipsed his father in terms of silverware, It may well be he’ll need more to overshadow Barney, the iconic era-defining forward from the Heffo’s Army years and beyond.

“I don’t want to be known simply as the son of Barney Rock,” he said when interviewed, still a Leaving Cert student.

What has defined and will probably be Dean’s legacy, is how he has redefined free taking, just like Stephen Cluxton re-defined goalkeeping during Dublin’s current reign as five in a row All Ireland Champions.

It’s never been a secret that Dean spends so much time, before and after training sessions by himself with a bag of balls, honing his craft. Both from his hands, and off the ground. And if, and indeed when the day comes, and Dean Rock steps above the legendary Jimmy Keaveney in the list of Dublin’s sharpshooters, when will we see another like him?

He could be one game from immortality. We just don’t know when that game will be.