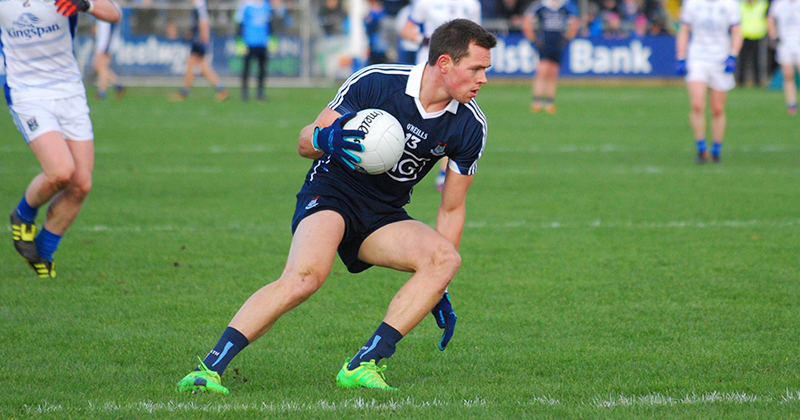 With five games already completed in this year’s Allianz Football League, last year’s Top scorer and All Star winner Dean Rock is laying down the foundations for yet another successful scoring year.

The Ballymun club man is now the only player to feature in every one of Dublin’s 34 unbeaten run, and there’s not much doubt that this weekend he’ll make it 35 when Dublin face Roscommon in Croke Park for the last of their Spring Series games.

Dean has scored 0-33 since the beginning of this year’s league campaign and in terms of his dead ball form, 30 of those scores account for free kicks, be it from the ground or out of his hands.

But when it comes to role models, there are none quite like Dean’s Dad Barney. And let’s be honest Dad might be slightly biased when it comes to Dean’s success and development over the years. But nowadays he doesn’t need to be.

“He wants to play every game.” Barney told the Irish Times. “But it all depends on what Jim Gavin does.”

“I think the way it is at the minute is that there’s trust there, not just with Dean, but among all the players.”

At 27, Dean is enjoying a long spell of good form. His role is now pivotal to the team’s success, considering he wasn’t a favoured member of the panel under Pat Gilroy. But Jim Gavin has been a fan through his U21 career and knew there would be a role for him.

“I’d say he was a good free taker two or three years ago, but he’s more consistent now, and seems to be putting over the pressure kicks.”

“For him, touch wood, things seem to be going well. One or two got away last weekend (against Kerry), but it was difficult with the wind there.”

Barney is also a fan and firm believer in Jim Gavin’s “process” that we all hear about in pre and post game interviews. The thought behind their game plan and that air of calm all the players exude, which has helped the current run the Dublin team are on.

“If it comes they beat that record on Saturday, then they’ll be only thinking of the next match, against Monaghan, and getting into a league final. There won’t be talk of going on more records. Saturday will be important just to beat it and to have done with it.”

“I suppose at some stage somebody is going to beat them somewhere. Hopefully it’s not going to be any time between now and September.”