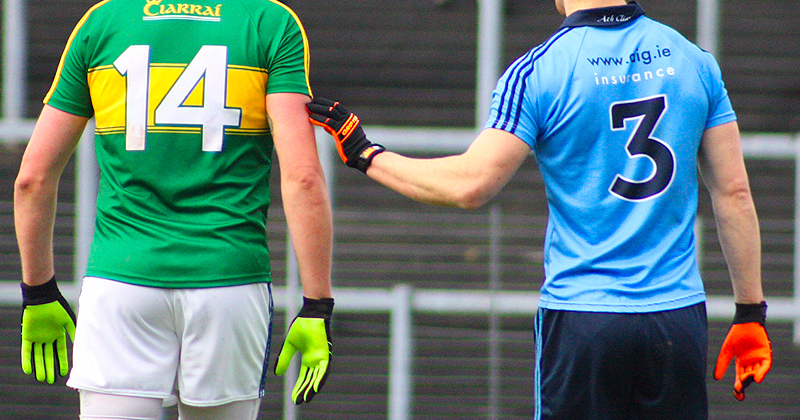 It’s rare that people remember a fixture between Dublin and Kerry and not applaud the skill displayed. Most of the time we’re used to witnessing a proper game of open football between two of the greatest rivals in the game. But the day after St. Patricks Day it was a different post game conversation being had by fans and pundits.

Under the lights in Austin Stack Park Kerry, who would normally welcome the challenge of a Dublin side face on, resorted to a defensive tactic, very much unorthodox to them.

A total of 13 yellow cards and one red card were shown throughout the tie, with eight shown to Kerry and five to Dublin – including a second yellow card for Ciaran Kilkenny at the end of the game.

Discipline was poor and referee Sean Hurson was inadequate at keeping track of the various battles that took place all over the pitch.

Former Dublin Star, Herald Columnist, and current Oliver Plunkett Eoghan Ruadh manager Paul Curran has spoke out about the Kerry team and how they played out the league fixture with Dublin a couple of weeks ago. And he’s not happy.

“For a decade and a half or two decades, I’ve been listening to Kerry fellas giving out about northern football and ‘puke football’ Curran told the Independent this week.…

“Now, Kerry are as bad if not worse than what we’ve seen from the Tyrone’s and the Armagh’s in the last decade. They’re bringing it to another level.”

Citing the positives from the Tralee fixture, Kerry were four scores up early into the second half of the game and playing with the wind. On any other occasion you’d expect a football side of their caliber to drive on, but instead they put bodies behind the ball, which ultimately invited Dublin to come at them.

Dublin tried their best to hold their nerve, as we are all so used to now, and got the job done in additional time at the end to tie the game.

All teams are living and dying by their tactics – and most of them are dying,” he admitted.

If teams normally lay down markers in the league campaign to send a message to other sides they might potentially meet in the Summer, you’d wonder what marker Eamonn Fitzmaurice was trying to lay here. But we’ll have to seer what the Championship throws up.