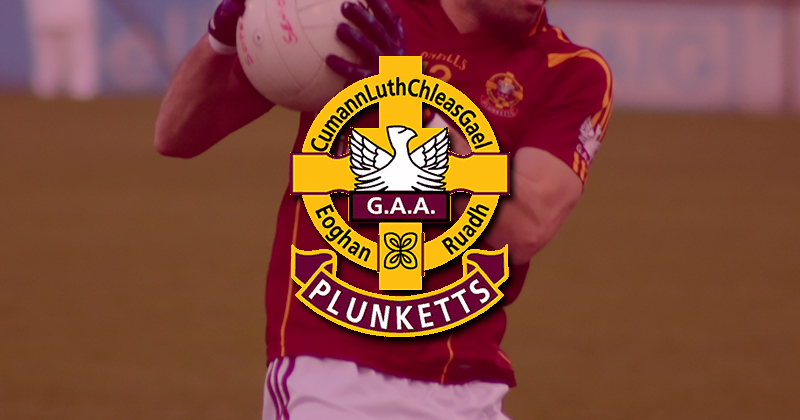 Three National Football Leagues, Six Leinster titles, an All Ireland and three All Star Awards. Not forgetting a Texaco Footballer of the year in 1995. Paul Curran was an amazing servant in Sky Blue.

And after spending two seasons with Clann na nGael in Roscommon, the Dublin Legend is returning to club management in the capital, this time at the helm of St. Oliver Plunkett Eoghan Ruadh.

And he’s not easing himself into the role, setting his sights on Plunkett’s winning a first, yet elusive Dublin Senior Football Championship.

The Navan Road club have missed out on a number of occasion in the last 10 years, reaching three championship finals, only to be defeated in each one. And none by any massive margin.

Curran’s 2012 season run with Ballymun Kickhams was a glorious journey. Dublin Senior Football Champions and Leinster Champions. But sadly the red and green were beaten in the All Ireland Final the following March.

So the former Thomas Davis club man knows what’s needed, and knows what he’s up against. After watching St. Vincents ease past Rhode this past weekend in the Leinster Final he told the Herald they are the team to beat in the All Ireland this year.

“They kept their best performance for Sunday,” he said, “which shows they are able to turn it on when they need to.”

“I’ve watched them a couple of times this year and I’ve come out of grounds with people saying, ‘They’re on the slide, not as good as they were.’ And then they are Leinster champions again.”

Curran will look to orchestrate a Plunkett’s panel into a driving position in 2017. This season didn’t go to plan for the Navan road outfit, losing to Castleknock in the first round of the championship. Yes, they recovered to win the ‘B’ title, beating Cuala in last month’s final. But Paul Curran won’t settle for second best.

With a panel containing both Bernard and Alan Brogan, you can see why he’s looking forward to it.

“They are a club that has been knocking on the door a couple of times”.

“They have never won it before, but they have a lot of quality players.

“I just like the set-up there – and I’m looking forward to getting into it in January.”