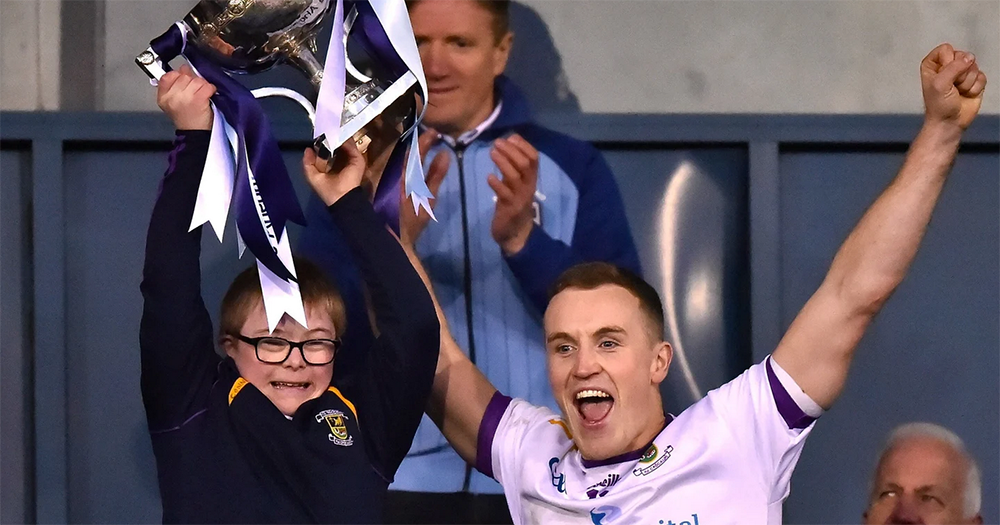 Sunday’s Dublin Senior 1 Football title may have been overshadowed by the absence of Kilmacud Crokes star forward Paul Mannion. But new arrival Shane Walsh made sure his move from Galway to Dublin proved fruitful as Kilmacud Crokes battled to retain the silverware.

Robbie Brennan’s side battled as hard as they did 12 months ago when they beat St. Judes to put Na Fianna to the sword at the weekend. And this win sets the bar for their fellow hurlers who also duel with the Mobhi Road men this weekend in their Senior Final.

Na Fianna, who were appearing in their first final since 2005, stormed ahead in the early going with scores from Paddy Quinn and Aaron Byrne. But by the 10th Crokes had returned to the front thanks to efforts from Dara Mullins, Rory O’Carroll and Walsh. Na Fianna responded lively and despite another challenge from Crokes, the Mobhi Road outfit were a score to the better on a 0-07 to 0-06 half time scoreline.

After being patched up for a blood injury Shane Walsh started the second half for Crokes and was a crucial piece to Brennan’s puzzle. Facing a stiff breeze a Fianna found it difficult to find scores. Despite that Eoin Murchan and Conor McHugh found their range to keep the proceedings lively. But the loss of Paddy Quinn to a black card in the 46th, and that gave Crokes some room to open their opponents. Walsh converted a brace, with Craig Dias getting his second.

Walsh split the posts rom 40 metres out to put some breathing space between the sides. Brian O’Leary reduced the game to a score late into additional time but the clock had run out for Na Fianna with Crokes hanging on to claim back to back Senior Football titles and an extended season as they progress to the provincial competition.