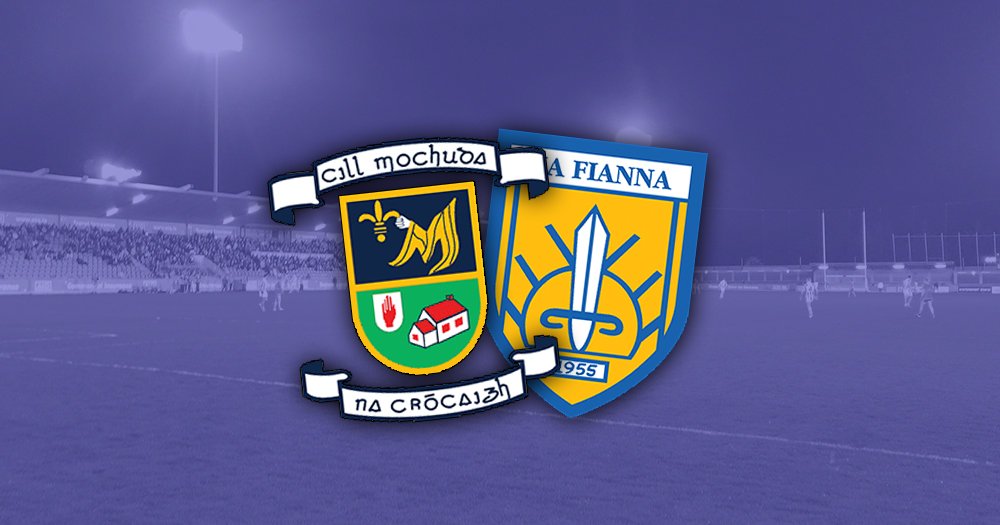 What began at the beginning of August ends this afternoon at Dublin GAA Headquarters in Parnell Park. The last two teams standing, Kilmacud Crokes and Na Fianna have reached the summit with one remaining task.

For Crokes, the reigning champions are seeking back to back football titles, something they achieved back in 2005 when they beat today’s opponents. The Stillorgan side have won the county honours nine times and capturing a tenth title would move them behind St. Vincents and O’Tooles in the all time county rankings. You have to go back to 2001 since Na Fianna won their 5th Senior Football title and they won’t want a repeat of the 2005 decider against Crokes this afternoon.

Picking up where they left off after last year’s success Crokes have come through unbeaten in the 2022 Championship. Their Group 1 round robin run saw them confortably see off the challenge of Raheny, Ballinteer St. Johns and Templeogue Synge Street to earn them a quarter final slot as group winners. They faced local rivals Cuala in that game and despite Cuala taking a second half lead Crokes used all their experience to push on and clinch a 0-14 to 1-09 victory. on the opening weekend of the month they squared off against a determined Thomas Davis who showed promise from the throw in. But after running to a 1-01 to no score lead early Thomas Davis found themselves in the eye of the storm as Crokes took over and shut down their attack. They reduced Thomas Davis to a further 2 scores in the entire game and won comfortably on a 0-12 to 1-03 scoreline.

Na Fianna proved more than worthy of winning the Group 3 round robin competition. Three straight victories over Thomas Davis, St. Judes and Skerries Harps saw them book a last eight clash with neighbours Whitehall Colmcille who pipped Castleknock to the top spot in Group 4. The Mobhi Road men may have been slight favourites ahead of the Quarter Final contest and Whitehall certainly were worthy opponents. Na Fianna had put themselves 0-05 clear. Colmcille closed that gap to 0-03 before Na Fianna lost Jonny Cooper to a second yellow card. A converted penalty saw the game level as the sides toughed it out for the remaining 10 minutes with Na Fianna eventually winning by the minimum.

The semi final against Ballyboden St. Endas saw Na Fianna more determined and they put on an impressive show at Parnell Park leading by 0-10 to 0-01 at the half time interval. This was more than enough for Na Fianna to control proceedings on the restart. Boden did try use the wind advantage on the restart but they just couldn’t build the momentum needed to break down Na Fianna as the Mobhi Road men advanced in style.

it will be no surprise that Kilmacud Crokes are favourites to retain their Senior 1 Football Crown but we have a suspsicion that a certain northside team will have other ideas in the first of 2 meetings between the sides with football and hurling bragging rights at stake.