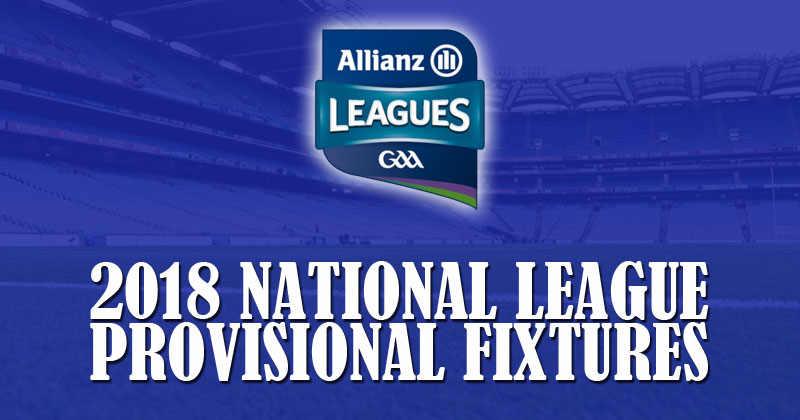 Today the 2018 Allianz National League fixtures have been announced and the opening day has thrown up a massive hurling and football double header in Croke Park.

Which means that Pat Gilroy will be returning to the scene of one of his finest moments on opening night as the Dublin hurlers will face Offaly in their first Division 1B fixture.

On the same night All Ireland Football Champions Dublin will face newly promoted Kildare at HQ.

The Senior Footballers will take to the road three times this year, facing Tyrone, Mayo and Galway in away fixtures, while the Senior Hurlers will travel to Antrim, Limerick and Laois.

With the league set to finish earlier, the Division 1 football final will be played on April 1.

The Division 1 hurling decider looks set to be played at the end of March, with the final round of group games down for March 4.

The hurling league, which in recent years has not started until mid-February, also begins on January 27.

St Patrick’s Day was previously the preserve of the club finals but with that no longer the case.