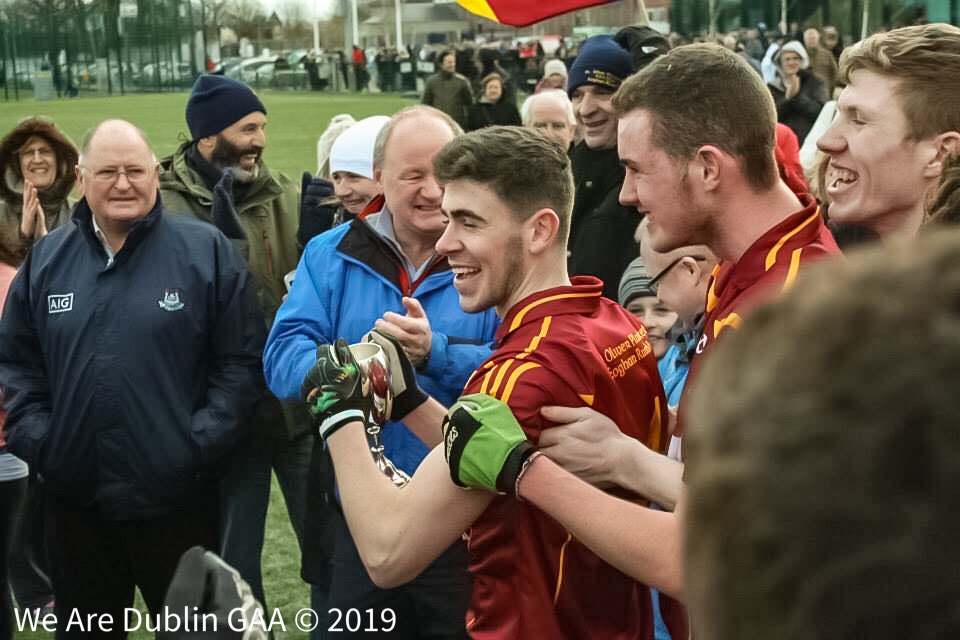 It’s devastating for an athlete to have their careers ended by injury long before they reach their potential. For many it can lead to mental health issues including panic attacks and depressive episodes.

This was the case for 20 year old St Oliver Plunkett Eoghan Ruadh clubman Conor Stone who had his dreams of emulating his Dublin idols cut short by injury and his forced retirement had a major impact on his mental health.

Conor had the world at his feet, a brilliant underage hurler who was making a big impact on Dublin development squads.

But the curse of injury struck and two hip surgeries failed to correct the problem and at the tender age of just 20 years of age Conor was forced to retire from something that was a huge part of his life.

Not only did Conor have to give up sport but also his dreams of playing for Dublin long before he had reached his peak. The reality of this hit Conor hard and he almost immediately experienced panic attacks and depressive episodes.

The 23 year old Dublin man who now lives in London spoke to www.wearedublin.com about his experience.

“I would have been a good hurler underage, playing in Dublin development squads etc. But like a lot of people, injuries stopped me from getting to where I wanted to go in the sport.

“I had to retire at the age of 20 after two hip surgeries didn’t go to plan. Despite not being at the top of the game, GAA was everything to me and I put in endless hours every week to hopefully one day imitate my idols and make my family proud.

“When I finished up it hit me hard and almost immediately, I started to experience panic attack’s and depressive episodes.

“Sport was a massive part of my life. It gave me my edge,a place to release my competitiveness, my aggression and my energy in a healthy way.

“To lose that before I hit my peak broke me. Over time it became apparent that this was more serious than I first thought,” said Conor.

“Overexercising had allowed me to push down my issues and losing sport was not only a grief in itself but it also meant that I wasn’t able to forget anymore, I had to deal with my demons.

“I’ve been dealing with those demons for over 2 years now and I have made huge progress.”

That massive progress prompted Conor to set up a blog and a podcast to share his journey with mental health to see if it can be a help to people in similar positions. The link to the blog and podcast is below.

“You can read my story through the site’s blog section, hear my podcast through the podcast link and look at my recommended resources for mental health in the suggested tools section,” said Conor.

Conor also has a Facebook page if people want to keep track of posts too. The link to the Facebook is below.

Conor explained the many insightful topics that he has covered on his blog.

“I’ve dealt with topics like therapy, work, mindfulness, self compassion, helping a loved one, dealing with setbacks, my daily mental health workout and the physical side of mental health.”

In a society where men are still reluctant or scared to talk about their feelings or issues they are experiencing, particularly when it comes to mental health, Conor is to be commended for his honesty and bravery to share his story and his challenging journey with his own mental health.

If you are experiencing similar issues check out Conor’s Blog the link to the blog is above. It’s a unique perspective and well worth a read and listen to his podcast.

DUBLIN’S CHAMPIONSHIP OPENER MIGHT BE SET FOR NOWLAN PARK AGAIN