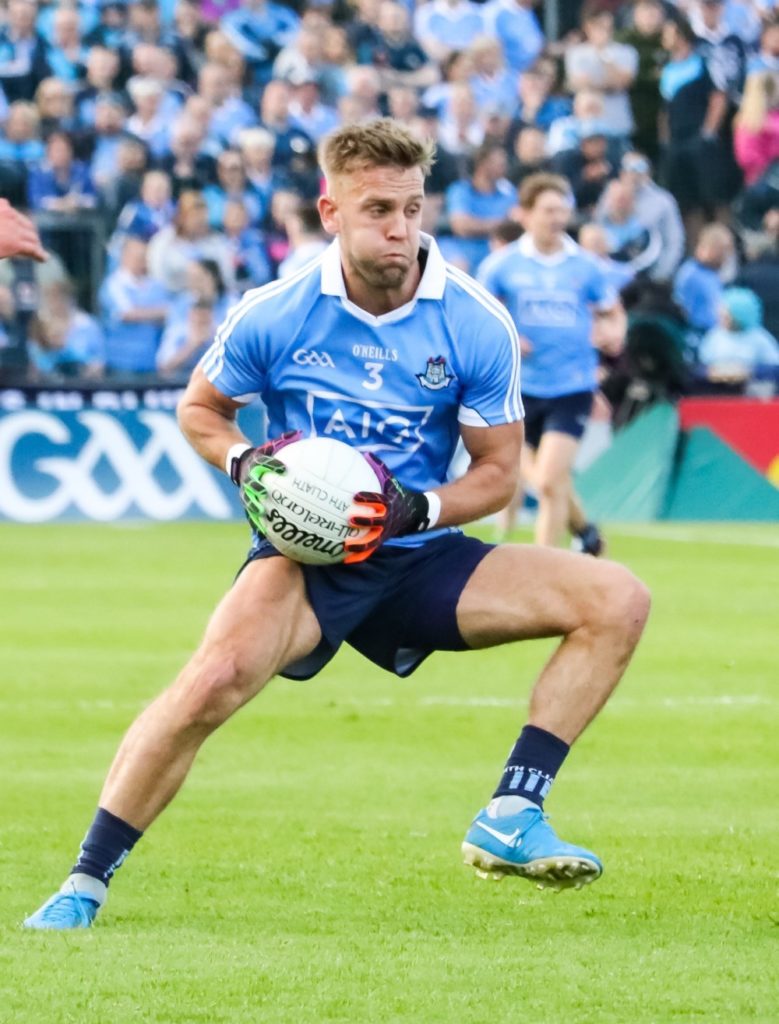 The dust appears to have settled on one of the most talked about subjects in the GAA in quite some time and the focus is now firmly back on the job in hand for Jim Gavin’s football panel.

All parties involved in the media circus that surrounded Diarmuid Connolly’s 12 weeks suspension have had their say, opinions have been traded, but despite opinion, the St. Vincents forward has accepted his punishment with honour and professionalism.

And one question, on whether the added attention would have an adverse affect on the panel appears to have been somewhat answered.

Na Fianna and Dublin full back Jonny Cooper has this week admitted that the ban imposed on Connolly following his altercation with match official Ciaran Brannigan during Dublin’s Leinster Quarter Final against Carlow has not altered Connolly’s focus and has continued, in part, to help the Dubs prepare for their upcoming Leinster Final encounter with Kildare on July 16th.

“I think there’s a lot of intent there, a lot of focus,” Jonny told the Irish Times, “and I don’t know whether I’m interpreting it wrong or he could be feeling something else, but it looks to me like he’s very focused on maybe trying to get back into the team if we are to progress.”

During the few days that followed the Leinster Quarter Final, many media outlets honed in on Connolly’s infraction, and a lot speculated as to whether Diarmuid would have any contact with the Senior Panel during his ban.

But the obvious conclusion for most would be that the forward would maintain his fitness and match sharpness, ready to reenter the fray should Dublin progress through the All Ireland Series into the Semi Final, the next game Connolly would be available for.

“Diarmuid is around,” Cooper continued “Not around for everything, he’s involved in the training aspects, as in the on-field things. But then he’s on his own training programme with gym-based stuff and obviously keeping up his own conditioning.”

“He’s obviously not going to get any game time, if we are to progress, so it’s just trying to stay at that level.”

The events that followed Connolly’s suspension in the media saw Dublin boss Gavin, who normally would remain tight lipped on similar subjects, speak out on behalf of his star forward and address the media to air his concerns on how the matter had been handled. And Cooper mirrored Jim’s sentiment as well as supporting his manager’s decision to speak up.

“It was potentially taken out of context a little bit, I think he offered everyone comment in terms of the media getting their opportunity to ask him questions. I wasn’t aware that he was going to do it, but certainly backing what he did.”

“He was just trying to, in some regards, bat for Diarmuid. He’s backed me in an amount of different things over the years, so I’m certainly going to back him in the stance that he took.”

“Because it was Diarmuid, did it get a lot more traction than another player? Probably. I couldn’t really answer whether it was fair or unfair, I think it was just people commenting on what they’re seeing.”

ALAN BROGAN: WHAT’S THE MOTIVATION BEHIND CRITICISM OF JIM GAVIN

WIN A DIGITAL CLOCK AND SCOREBOARD FOR YOUR CLUB IN EIRGRID...

No More Slip Ups If Dublin Footballers Are To Retain League...