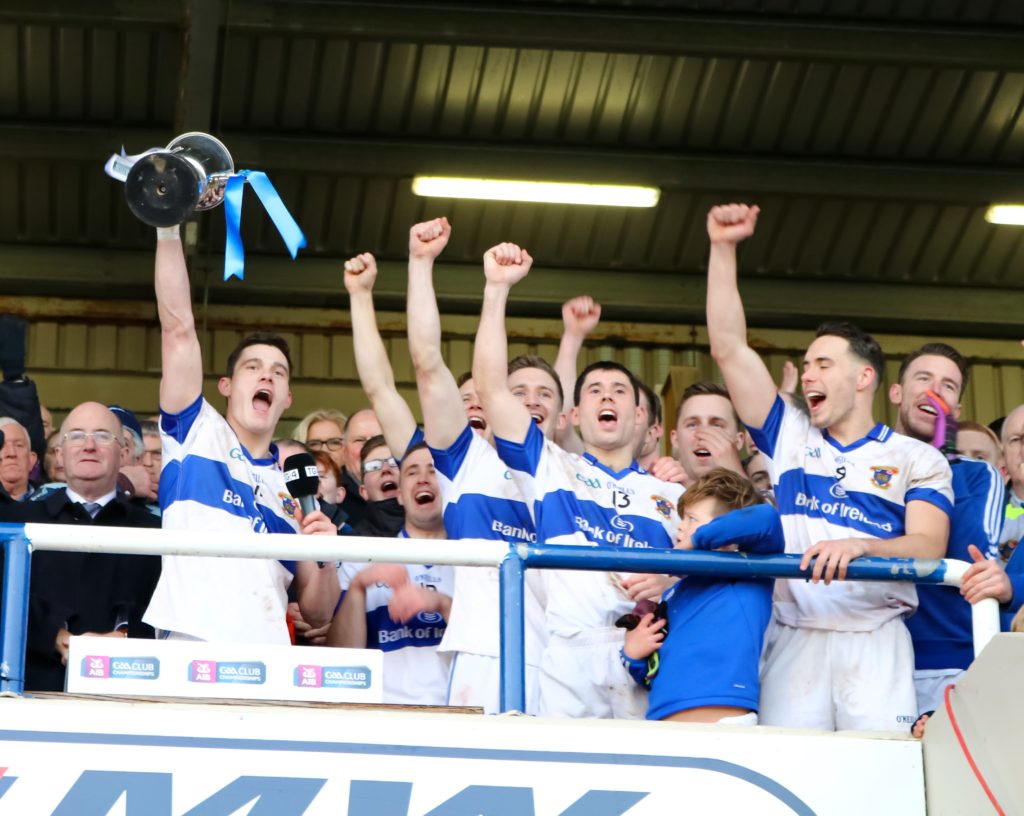 St Vincent’s won their seventh Leinster Senior Club Championship title in the clubs history this afternoon against Rhode in an entertaining encounter that was played in a great spirit by both sides in O’Moore Park, Portlaoise.

The star of the show today was St Vincent’s talisman Diarmuid Connolly who put in a player of the match display and finished his sides top scorer on the day. 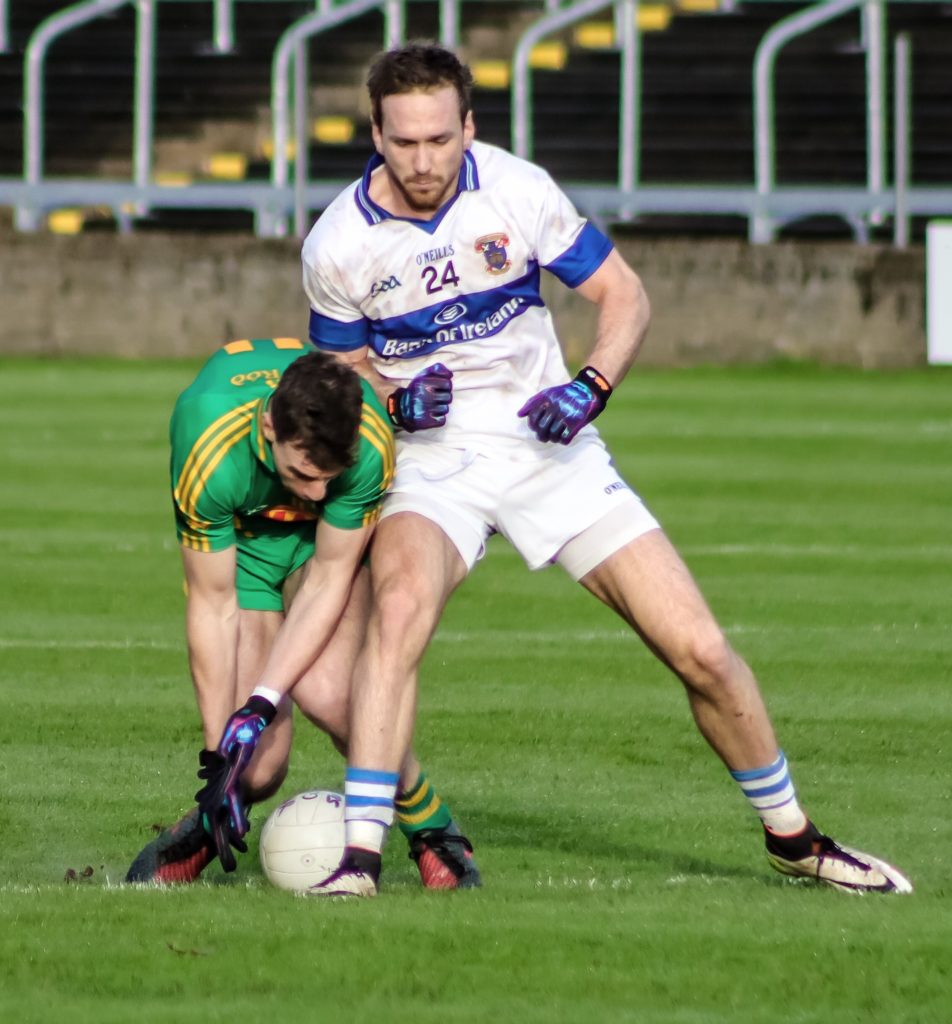 Both sides started the game brightly, Vincent’s got the first score of the final from Gavin Burke. Rhode responded with a point of their own after four minutes from Paul McPadden to draw level.

Both teams had met at this stage two years ago with the game all but over for the Offaly men in the opening quarter and they needed to avoid conceding a goal early in the game to not suffer the same faith. 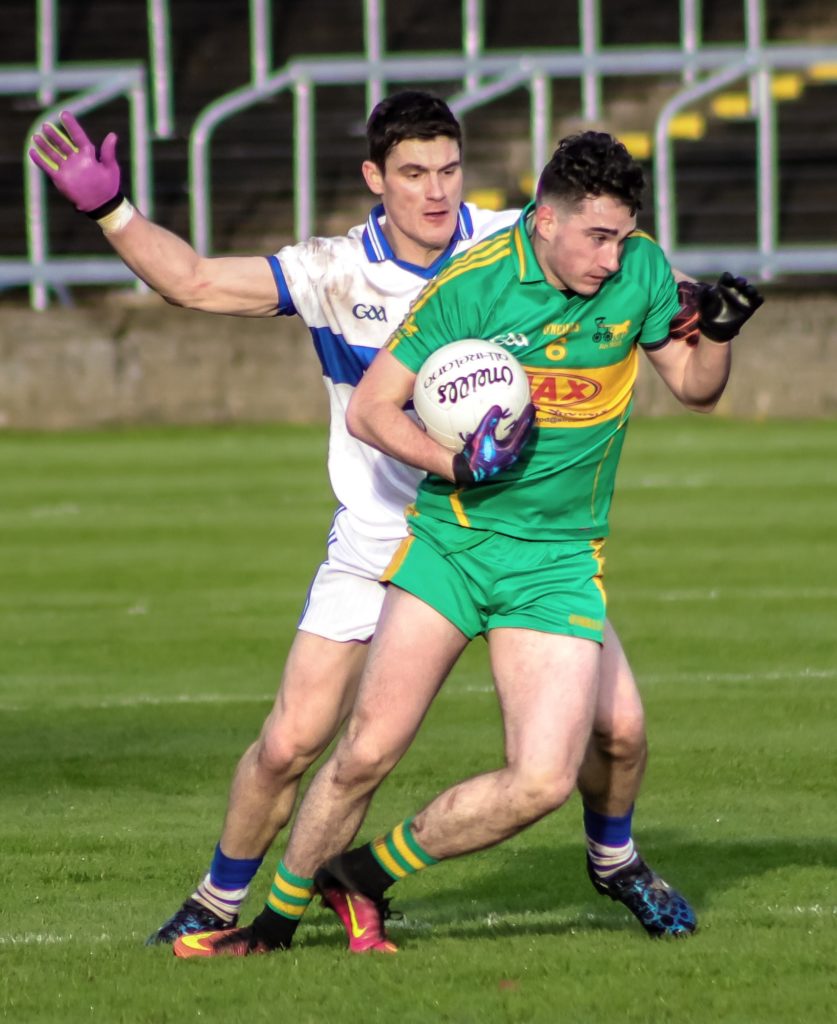 But they were they architects of their own downfall in the sixth minute when a poor hand pass from Alan McNamee was intercepted, it was passed on to Connolly who struck the ball past the despairing dive of Rhode keeper Kenny Garry into the bottom right hand corner of the net for the games opening goal.

It was a lead that Vincent’s up for victory even at this early stage and a lead they wouldn’t relinquish for the rest of the game. 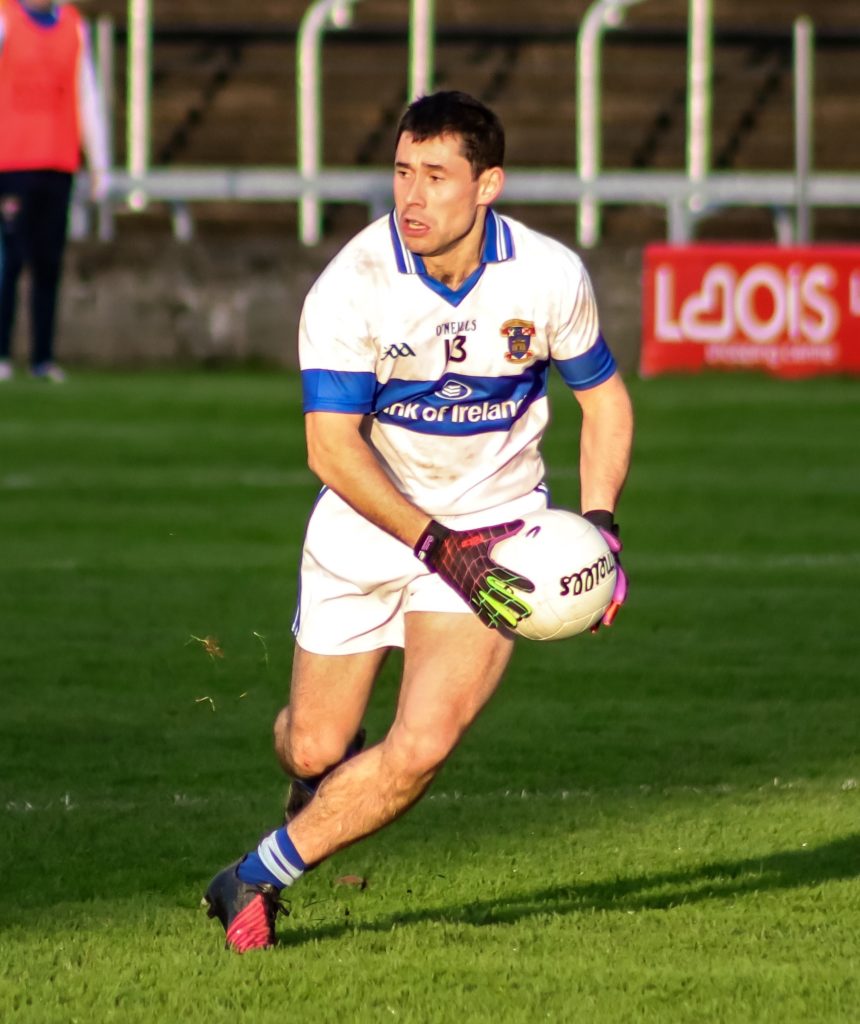 Rhode though did fight back and reduced the deficit with two quick fire points in as many minutes from Niall McNamee, the first from a free and the second a good finish from open play.

Although possession of the ball was fairly evenly balanced throughout the first have Rhode were finding it difficult to get any change out of a well organised and disciplined Vincent’s defence. 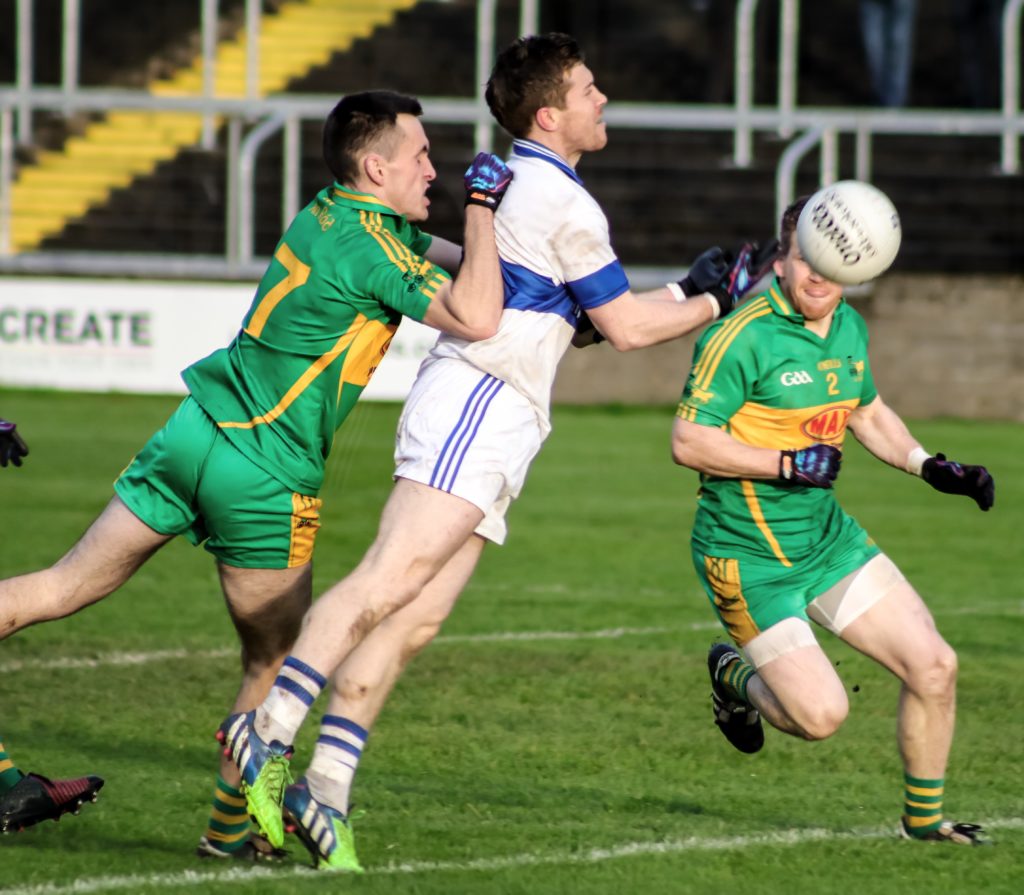 At the other end the Marino men were finding it much easier to punch holes in the Rhode rearguard and outscored their Offaly opponents five points to one in a twelve minute spell. The Vincent’s points all came from open play scored by Diarmuid Connolly, Tomás Quinn, Shane Carthy, Enda Varley and Cormac Diamond. The solitary reply from Rhode came from the boot of Conor McNamee.

It was becoming easy for St Vincent’s that they took their foot off the pedal a little and gave away a couple of sloppy passes which Rhode took full advantage of with a Niall McNamee free and a fine point from Darren Garry. 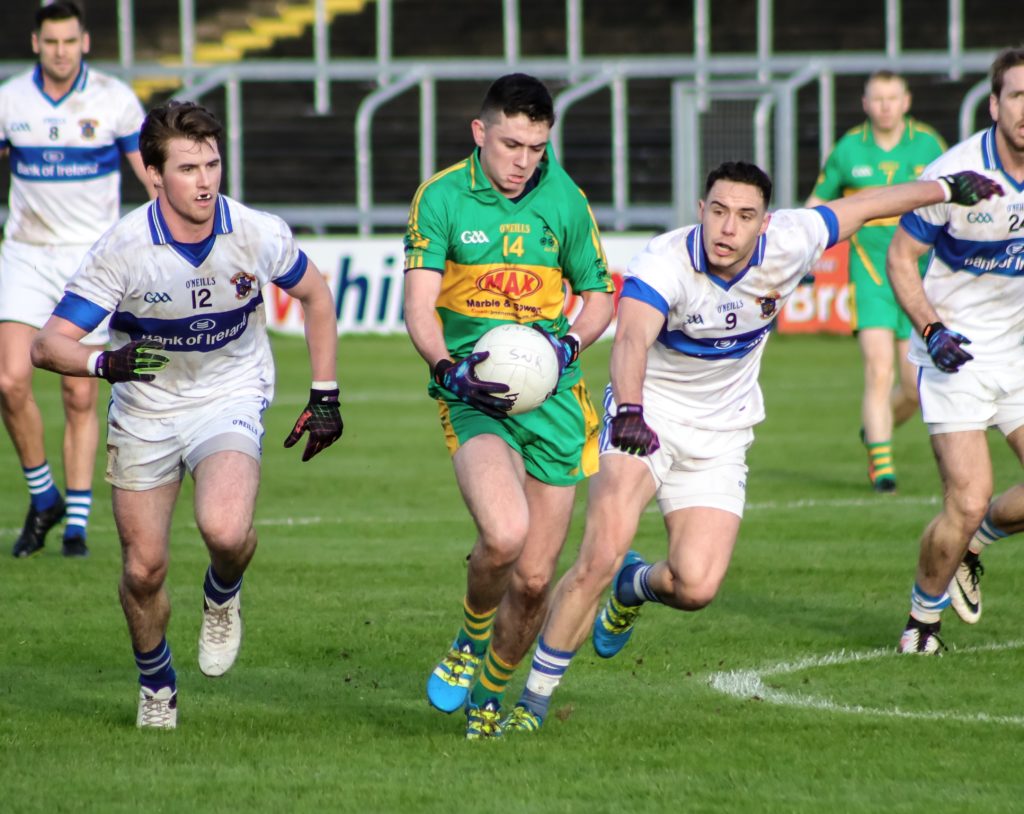 With a couple of minutes to go to the break Diarmuid Connolly restored Vincent’s dominance with a brilliant long range effort and it looked like the Marino men would coast comfortably into the break. But there was one piece of drama befor the short whistle.

Rhode broke up field and for once got in around the Vinnies defence, Conor McNamee hit a low cross into the Centre of the square, Ger Brennan went to challenge for the ball with Niall McNamee and was adjudged to have tripped and the referee signaled for a penalty and Brennan was given his marching orders on a black card. 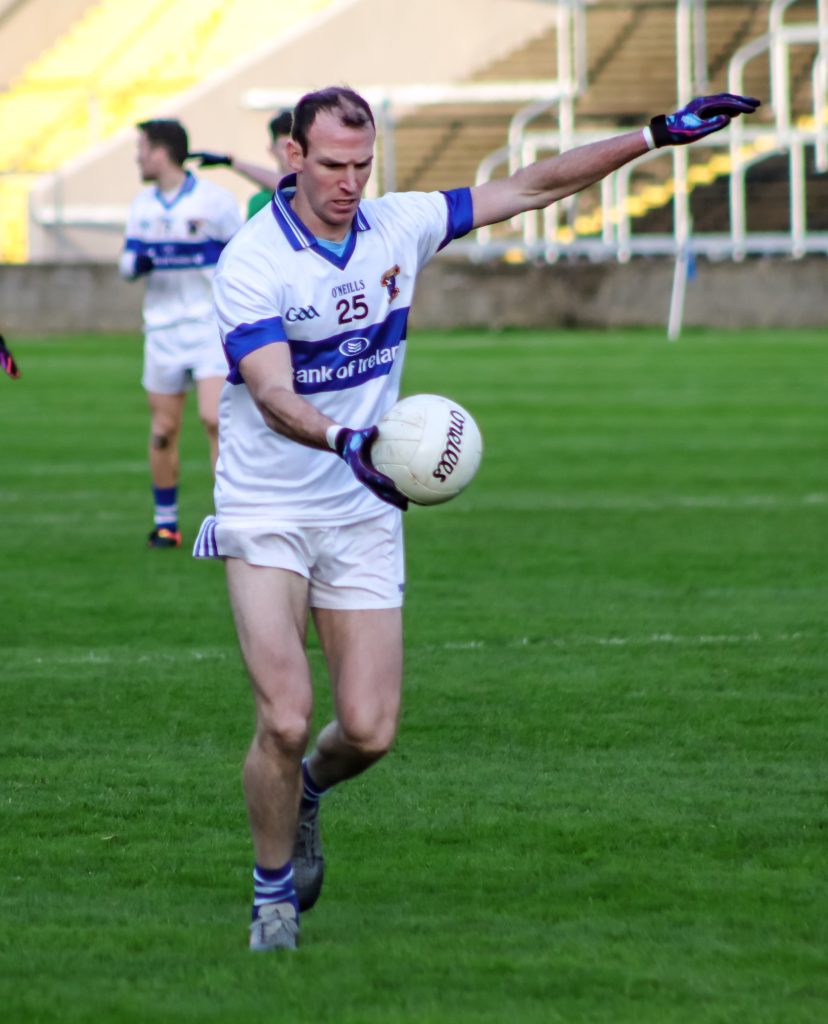 It was the lifeline Rhode so desperately needed to get back into the game, but Michael Savage in the Vincent’s goal dived to his left to deny Rúairí McNamee from the spot. And just emphasis the difference between the sides Vincent’s went straight up the other end of the pitch and Gavin Burke swung over an excellent point to give them a five point lead at the break with the score 1-08 to 0-06.

Rhode needed a quick start to the second half, but it was Vincent’s notched up the first score of the second period thirty seconds in with a great finish from Tomás Quinn.

Rhode responded with a point from Niall Darby seconds later, back came Vincent’s and the excellent Gavin Burke swung over his third point of the game. 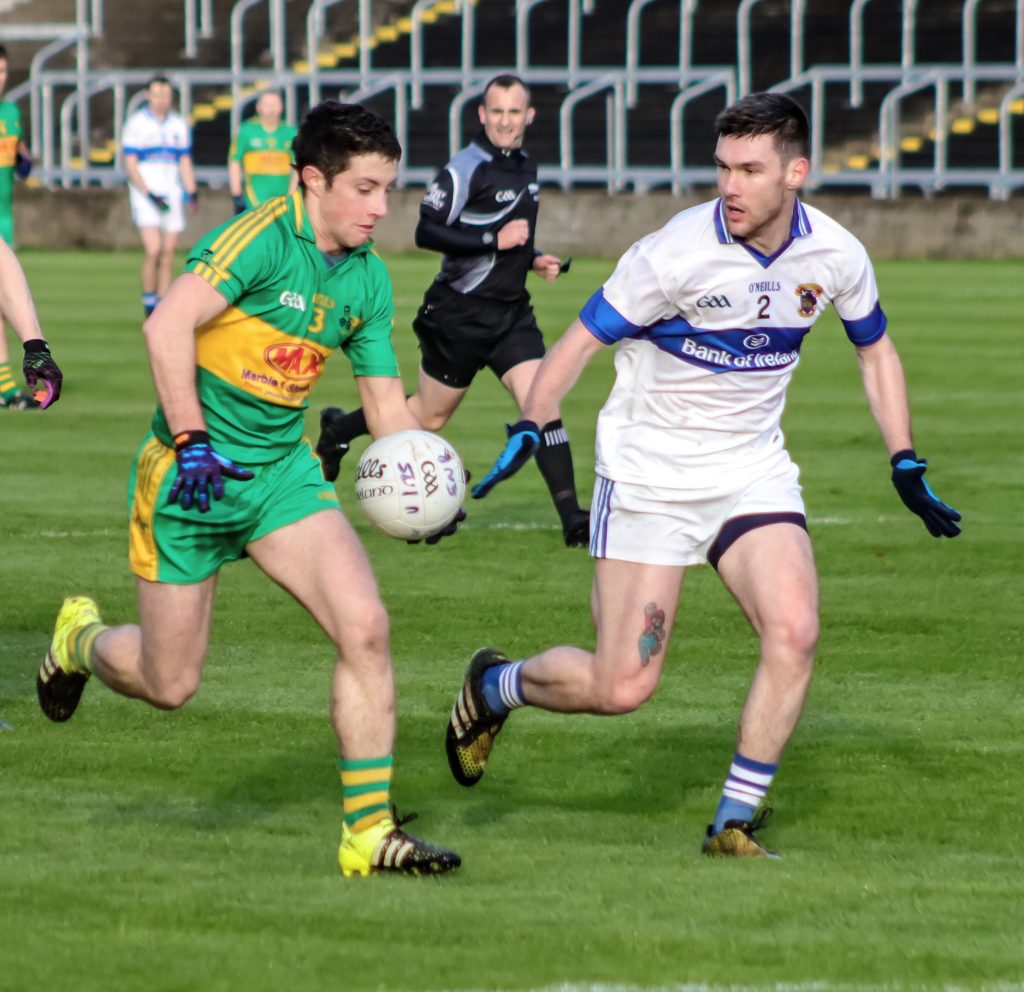 The Offaly men to their credit gave it a right go in the opening twelve minutes of the second half and they hit three of the next four points, two from play scored by Darren Garry and Ciaran Heavey and a Niall McNamee free with a point from Enda Varley for Vincent’s sandwiched in between.

That was as good as it got for Rhode as St Vincent’s reaffirmed their control of the game and hit four unanswered points, a brace of frees from Tomás Quinn and two brilliant points from play scored by Joe Feeney and Ruairi Traynor. 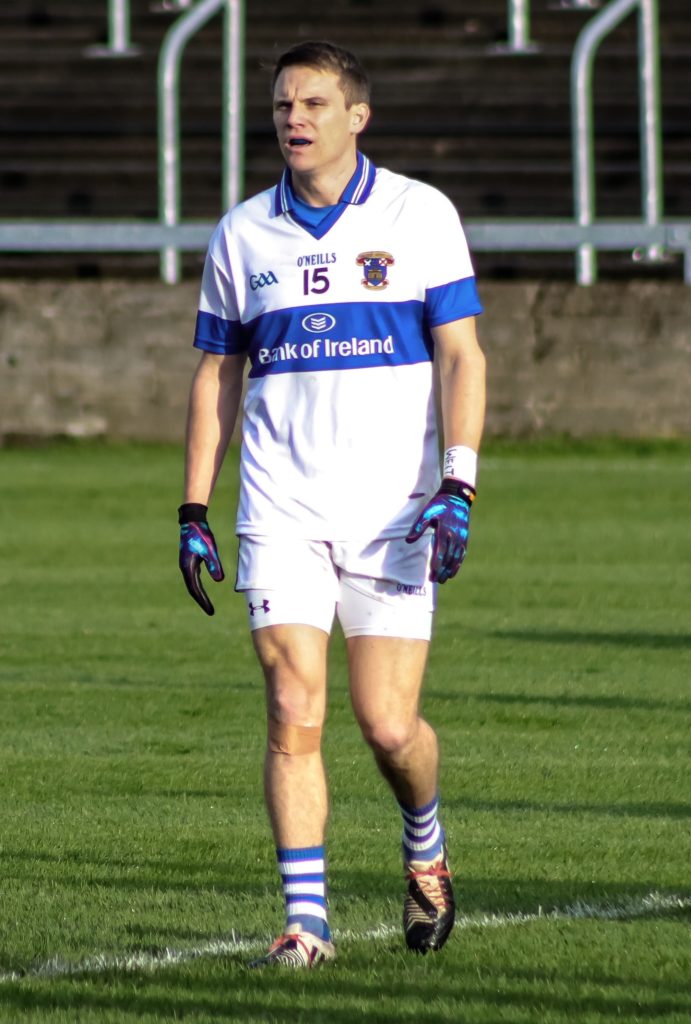 There was an air of inevitability within the ground as Rhode ran out of ideas going into the last ten minutes as Vincent’s used all their guile and experience to see the game out.

With six minutes to go a Niall McNamee free cut the lead to seven and they did create two late goal chances but they were only half chances and neither troubled Vincent’s goalkeeper Savage.

Just as the game headed into injury time Shane Carthy added his second point of the day to stretch his teams lead to eight. 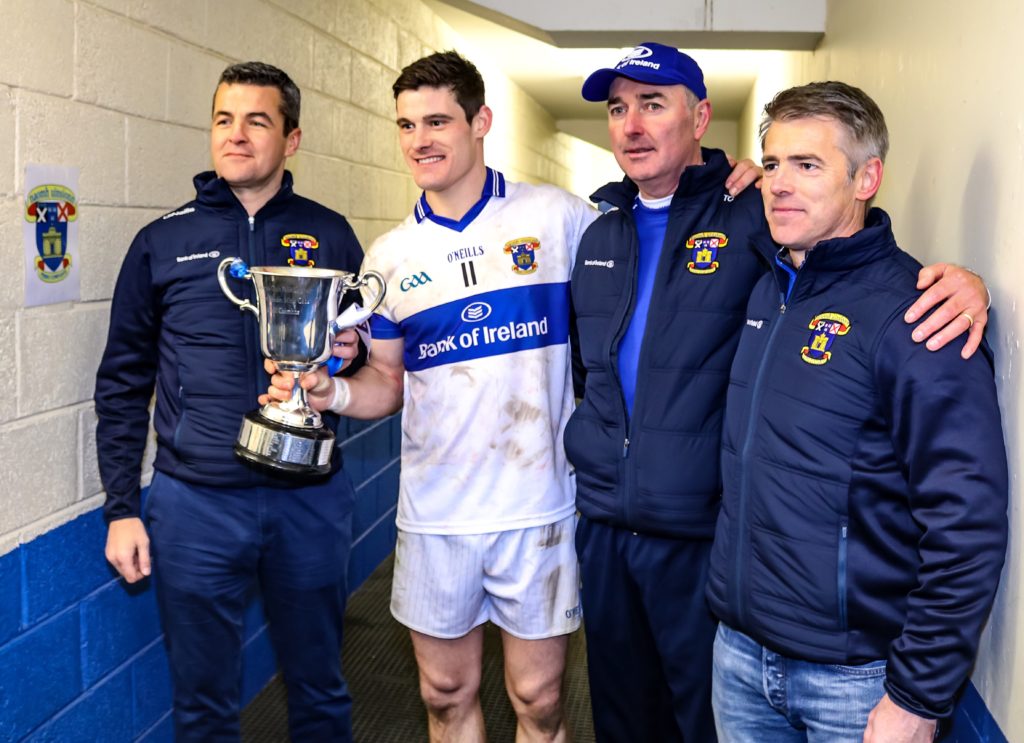 A Niall McNamee free in their 32nd minute was the last score of the game and the last act of the match was a second black card of the Final shown to Rhodes Conor McNamee.

Seconds later the final whistle blew and Vincent’s were deservedly crowned Leinster Champions. Next up for St Vincent’s in February is an All Ireland Club semi-final against Slaughtneil of Derry. 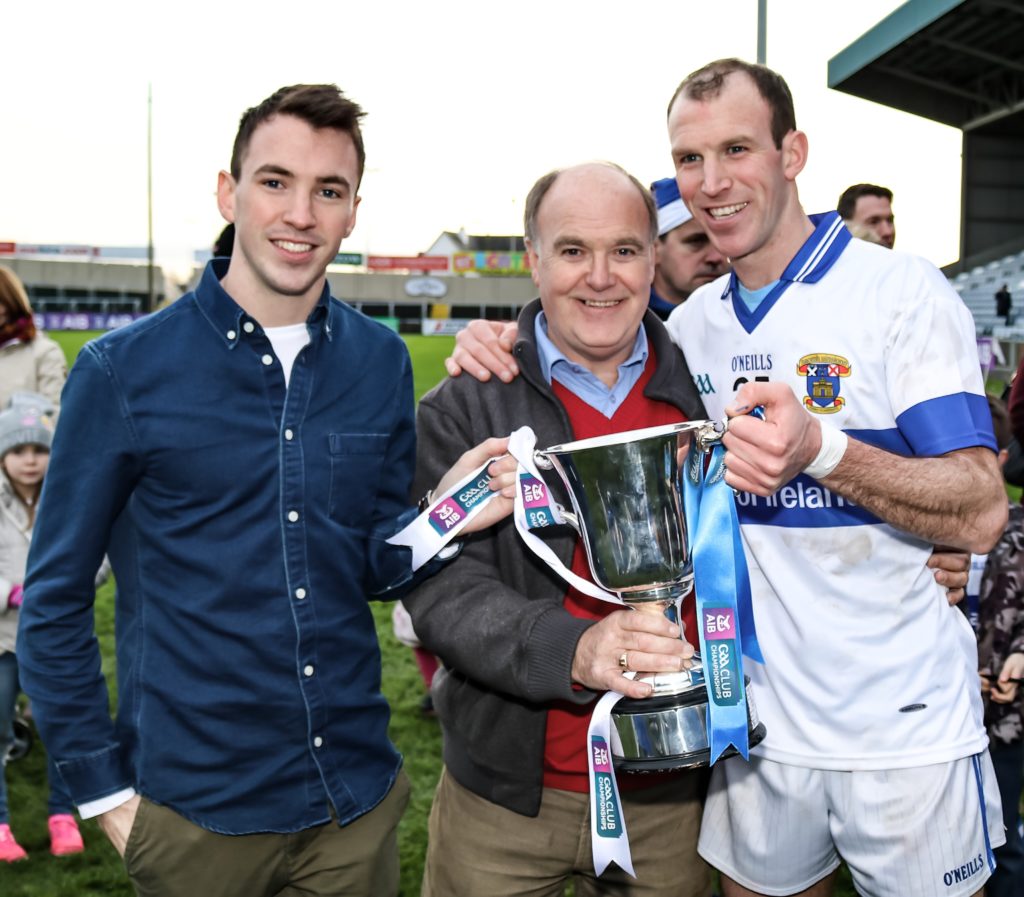 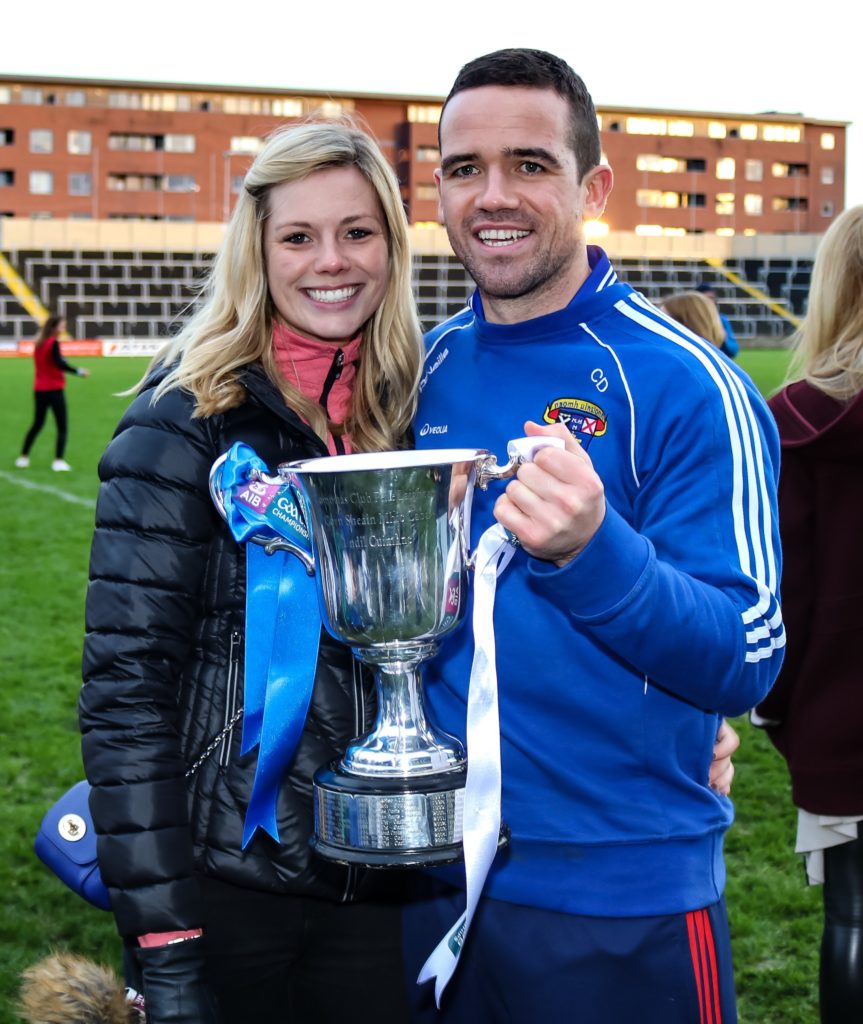 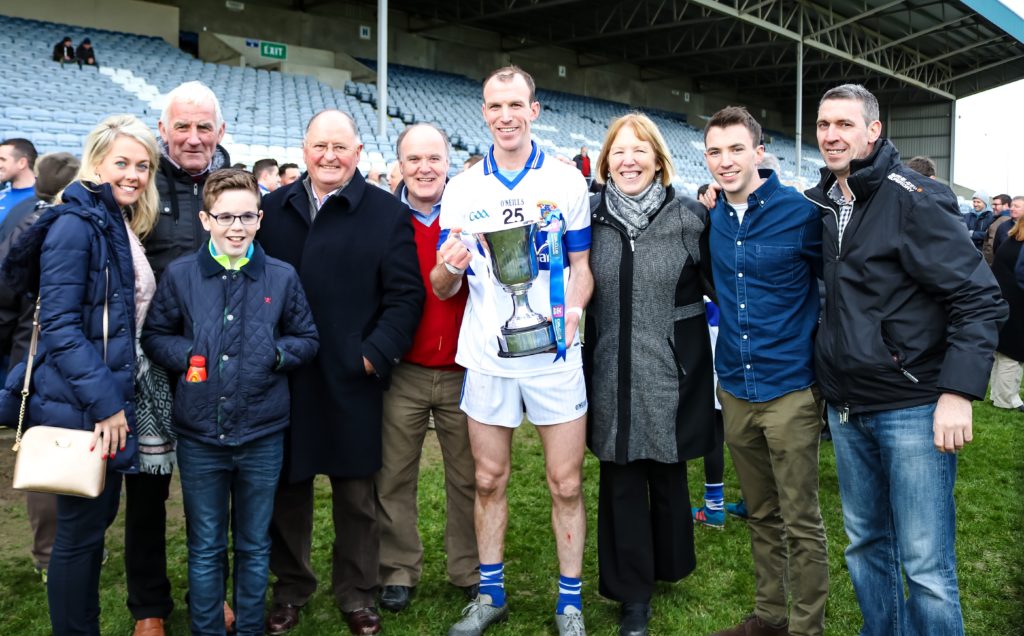 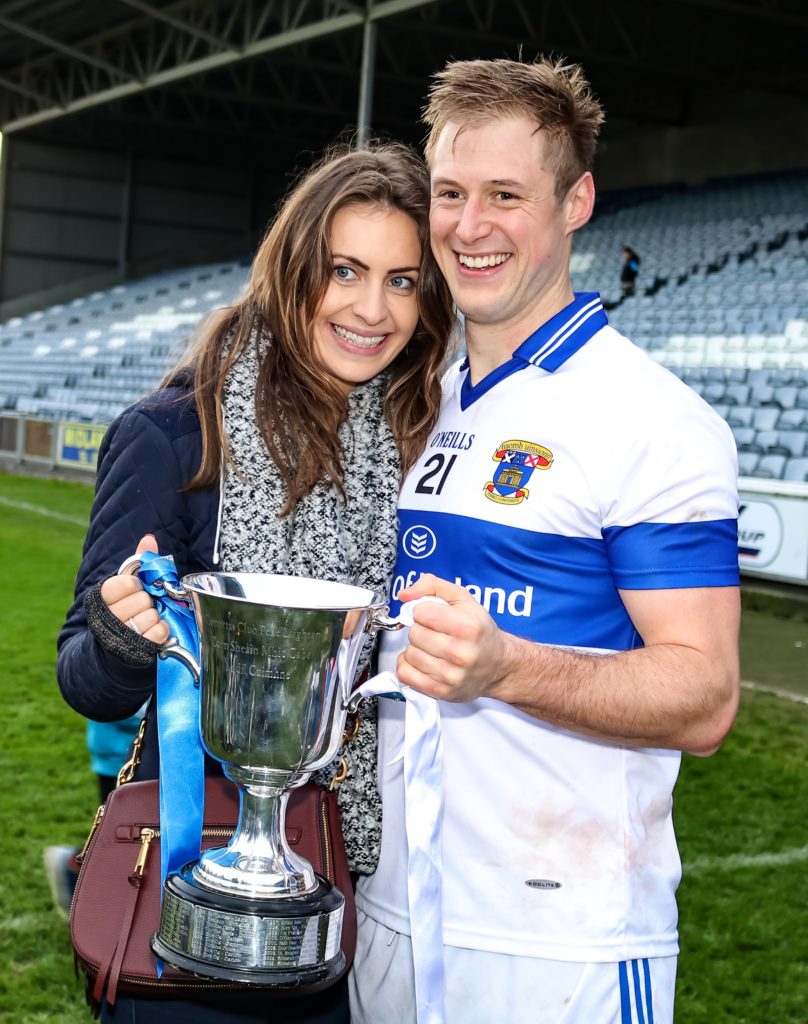 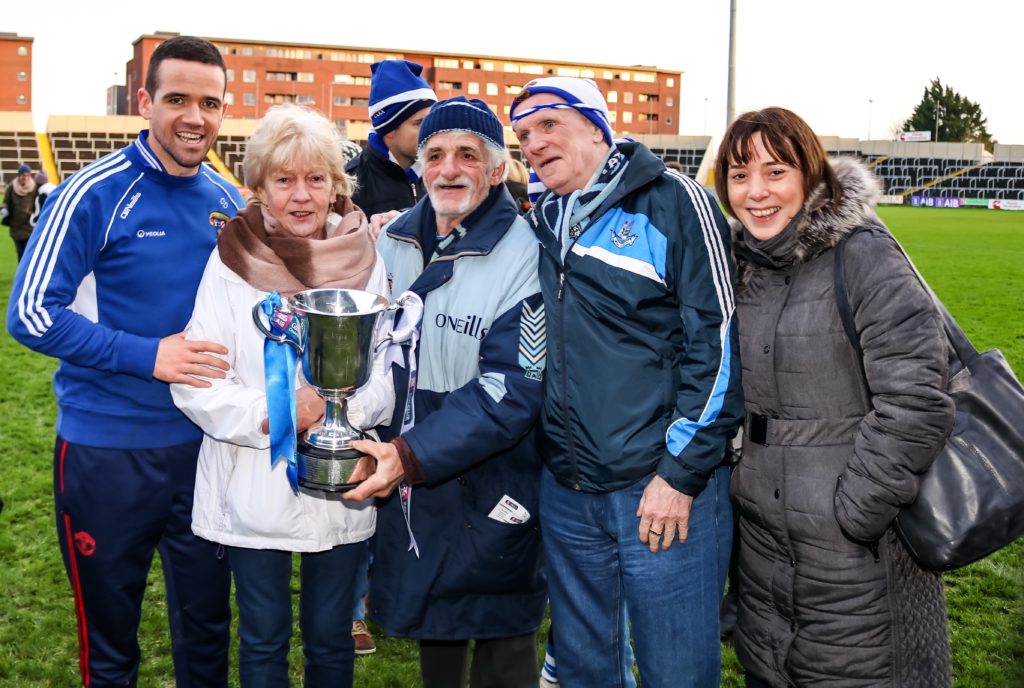 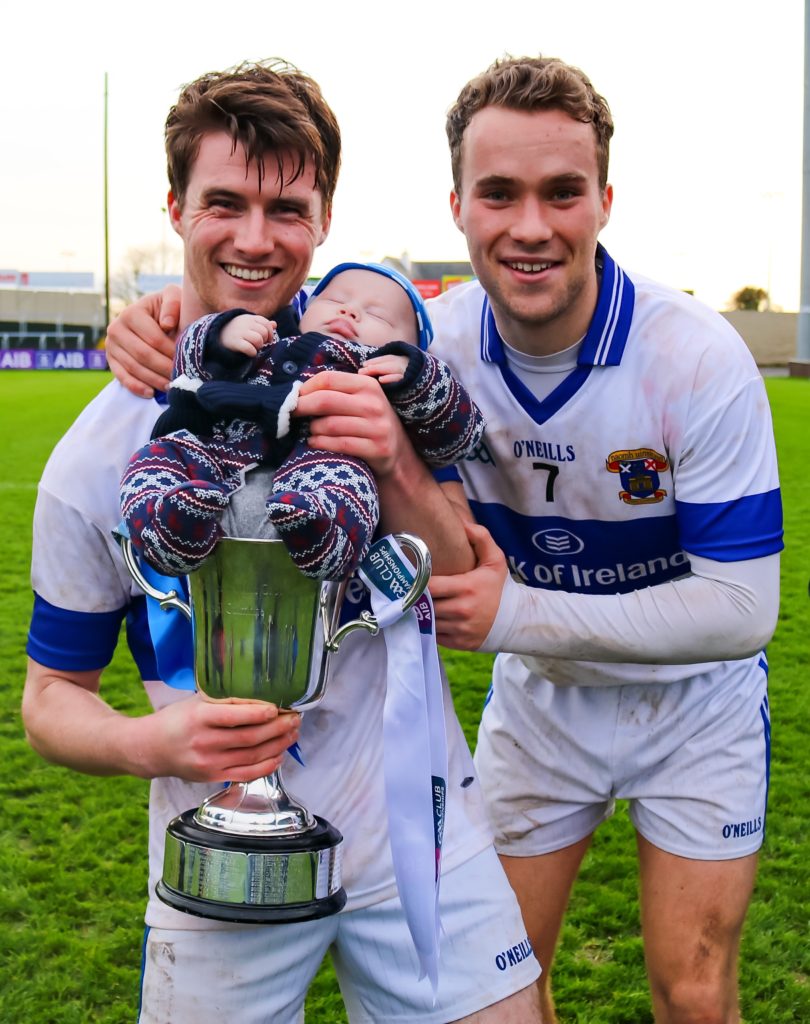 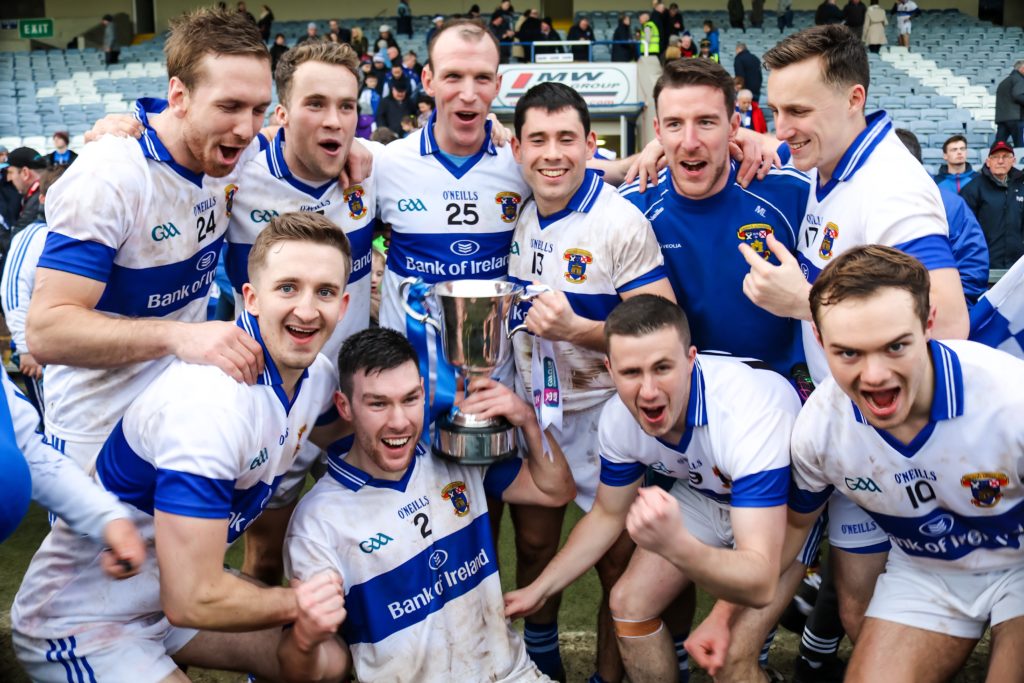