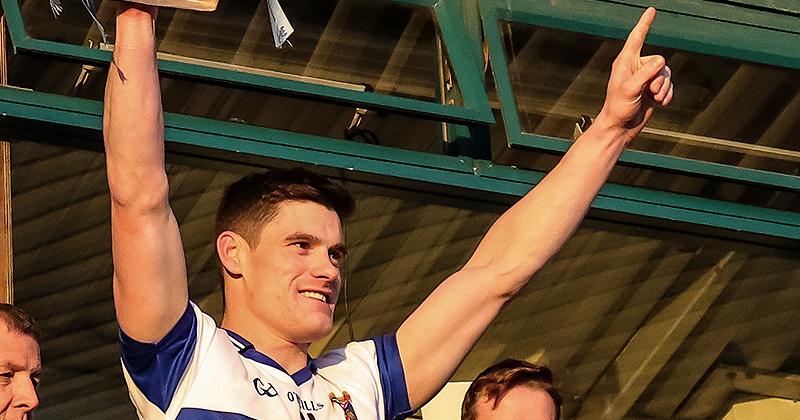 For many years Dublin’s Diarmuid Connolly has been regarded by a large majority as one of the most naturally gifted footballers of the modern game. And over the last number of years Dublin fans have watched the Vincents club man grow larger and larger in his attacking prowess.

Winning ten Leinster titles, four All Ireland’s, two All Star awards, not to mention the multiple honours he’s received playing for his beloved Marino club, it’s a wonder why, and how this sportsman has been overlooked for a player of the year award on so many occasions.

“I don’t read the papers, I don’t listen to the radio so I’m oblivious to all the stuff.” Connolly told the42.ie. “You can read the good stuff and you can read the bad stuff so it’ll all chip away at you so I just don’t bother.”

Connolly was referring to comments made in the last while by ex-players and All Ireland champions John O’Leary and Colm O’Rourke.

Former Meath star O’Rourke has claimed the the “play-acting” of Connolly must be a concern to the Dublin panel. While Former Dublin Legend O’Leary has called for Diarmuid to cut the petulance out of his game.

Connolly didn’t feature in Dublin’s early league plans due to his commitment to St. Vincents in the All Ireland Club Championship. And when their journey ended at the hands of Slaughtneil in the Semi Finals, the Dublin forward again took some more time before returning to action off the bench against Roscommon.

“I’ve been on the road for the last two or three years without much of a break to be honest, so I took a little bit longer to come back this year.”

“You want to try get the best out of yourself. I’m already being written off, I’m 30 this summer.”

Sadly, in Breffni Park against Monaghan, and again in the League final in Croke Park against Kerry, the black card reared it’s head stunting his involvement in both games. But it won’t stop him from driving on.

“I don’t think I’m a cynical player by nature”, he admitted. “Obviously defending is part of the game as well. Of course it was frustrating to get that black card, but you just have to learn and move on.”

And looking back on this year’s Allianz League Final, Diarmuid has no complaints about the referee’s decision.

“It was a black card under the letter of the law so you have to suck it up, learn, and move on. That’s all you can do.”

“I felt like in the game I started well and I was moving well. A little bit of a rush of blood under the Cusack Stand curtailed me just before half-time.”

The Dublin inter county panel all return to club action for the next few weeks, before returning to training with Jim Gavin ahead of this year’s Leinster Championship. And that’s when Connolly aims to be at his very best.

“You want to try and be the best player you can be on the field and try add as much as you can to the team. I’m looking forward to it.”

VIDEO: CAN MANNION REPEAT THIS EXCELLENCE ON SUNDAY