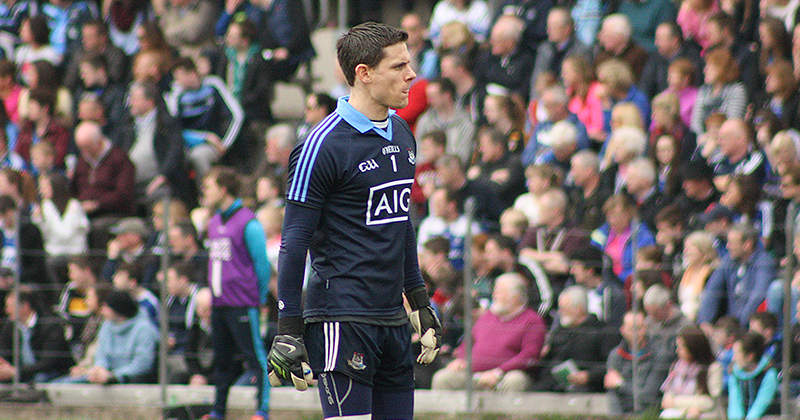 To some, this years Dublin Senior Football panel were richly rewarded with six players named as GAA/GPA All Stars.

Johnny Cooper, Philly McMahon, Brian Fenton, Diarmuid Connolly, Ciaran Kilkenny and Dean Rock all received the gongs for their contribution. And Fenton and Kilkenny made up two thirds of the esteemed shortlist for Player of the Year.

But some firmly believe that six awards was a short hand. This week Dublin County Board CEO John Costello stated in his annual report that it would be remiss not to suggest that Dublin were a bit harshly judged in receiving just six awards.

One Dublin player who most believed was certain of the accolade once again this year was veteran keeper Stephen Cluxton.

The Parnells man again helped steer the Dublin Senior footballers to League, Leinster and back-to-back All Ireland titles. His performances were solid and outstanding as usual. But when the goalkeeper All Star was being presented it sadly wasn’t being presented to Stephen.

Dublin and St. Vincents half forward, and All Star recipient Diarmuid Connolly is fully in agreement with the Dublin CEO and firmly believes Cluxton should have received his sixth All Star this year.

“I thought Stephen was harshly judged on probably a poor ten minutes in the whole year.” Connolly told the42.ie.

“For me he’s the best goalkeeper in Dublin, he’s changed Gaelic football so he’s probably one that missed out.”

And not too many could really disagree. Half way through his second decade as Dublin’s shot stopper, Stephen Cluxton has revolutionised goalkeeping in the ever changing game of Gaelic football.

Winning multiple titles, including four All Irelands, captaining Dublin to three, there are few can stand shoulder to shoulder with this legendary figure.

“If you were to look at his stats compared to any other keeper, his ball retention stats are actually frightening, 90 percent in most games, if not 100 percent,” Conolly continued, “so what more do you want from a goalkeeper, but to keep possession of the ball.”

That’s the name of the game.”