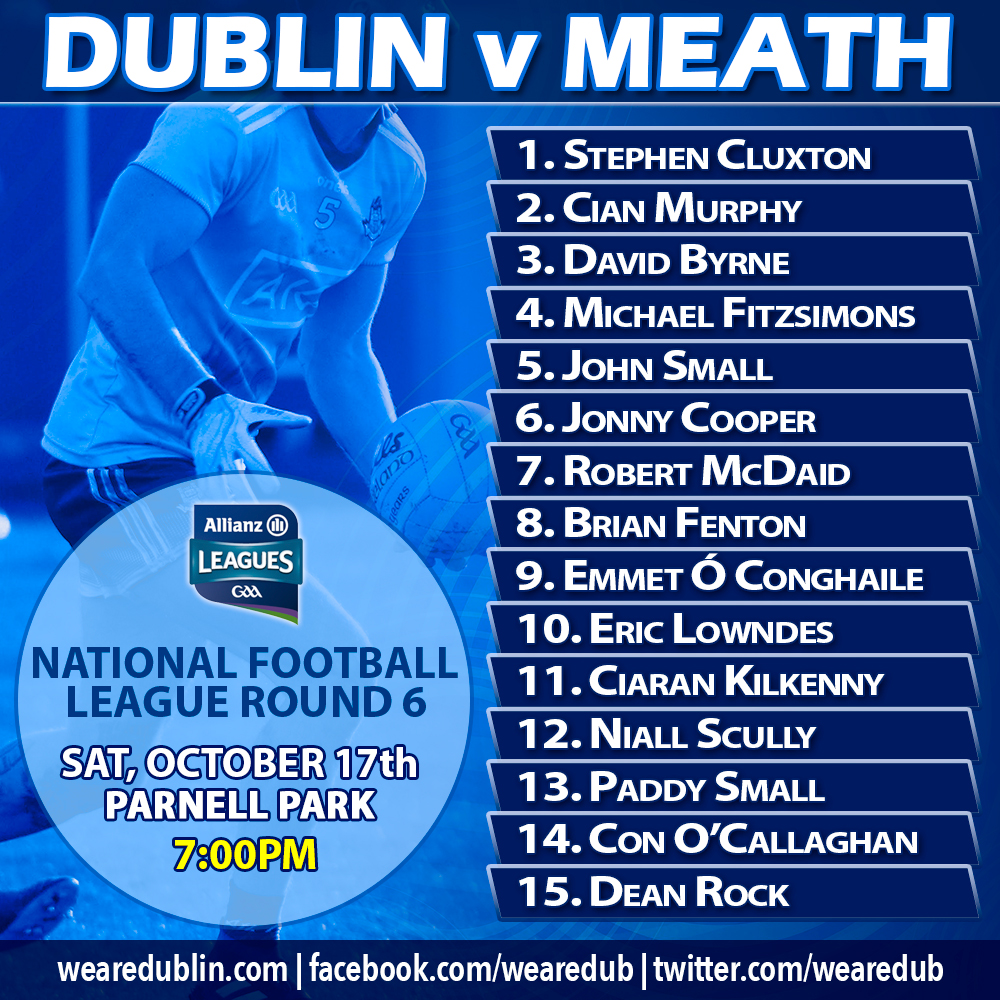 Not only will fans relish the Dublin Senior Footballers long awaited return to action, but they’ll relish watching them in the confines of their home, Parnell Park. And not only that, there’ll be a sense of warmth among supporters as Stephen Cluxton makes a return to action in goal for the reigning five time All Ireland Champions

Tonight’s game is over seven months in the making as it was one of the first games to fall foul of the COVID-19 restrictions back in March. So it’s expected to be watched by a record number of TV viewers tonight on EirSport.

As mentioned, Stephen Cluxton makes his first start of 2020. And he’s one of nine changes from the last team named, beaten by Tyrone back at the end of February.

John and Paddy Small, along with Dean Rock start just three weeks after their Dublin Senior Football Championship success for Ballymun Kickhams. And tonight could be even sweeter for Rock as he chases the record of Jimmy Keaveney as Dublin’s record all time top scorer.

The Ballymun sharp shooter is currently on 16 goals and 442 points, just 2 points off Keeaveney’s record, so even a small haul tonight will see Dean surpass the Dublin legend’s tally.

Dublin play football league games tonight and next weekend against Meath and Galway before the Leinster Championship begins on November 7th when they face Westmeath.

VIDEO: WHO’S IN AND WHO’S OUT – DUBLIN v TYRONE