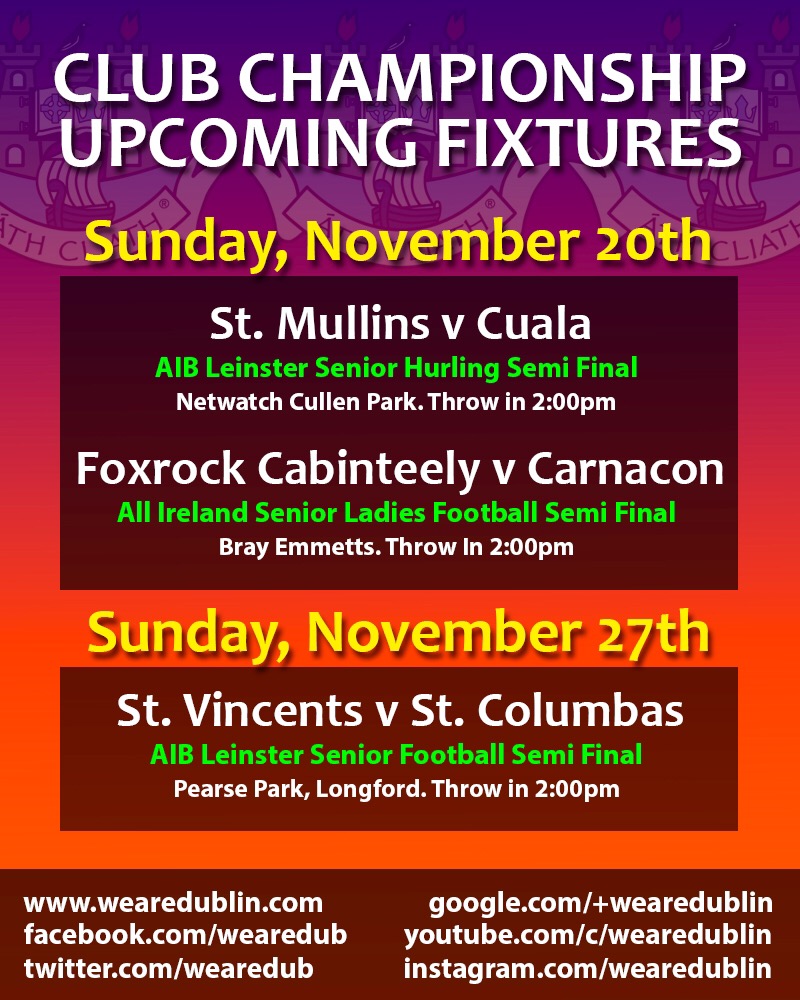 Cuala will travel to Carlow and face their county champions St. Mullins in their Leinster Semi Final.

The Dalkey men made light work of Laois champions Boris-Kilcotton in the Quarter Finals, with an exceptional solo performance from Con O’Callaghan. They won’t underestimate Mullins but will certainly be wanting their place in this year’s final.

The amazing Foxrock Cabinteely outfit comfortably got past St. Laurences of Kildare last week to capture their second Leinster title in a row and will now set their sites on the All Ireland Series.

Their semi final opponents will be Carnacon, the home of Mayo county stars Fiona McHale, Martha Carter and of course, one Cora Staunton.

Bray Emmetts will host this game for Foxrock’s Home Advantage and this will definitely be one to get the heart racing.

Despite losing Captain Diarmuid Connolly early in the game to a black card, the Marino unit were able to stay on course, as Cormac Diamond and Tomas Quinn steered the white and blue over the line to set the semi final tie up against St. Columbas.

Three solid games across three codes for all to enjoy, so mark them up on your calendar.

VIDEO: TAKE TWO – WILL SAM BE STAYING IN THE CAPITAL?