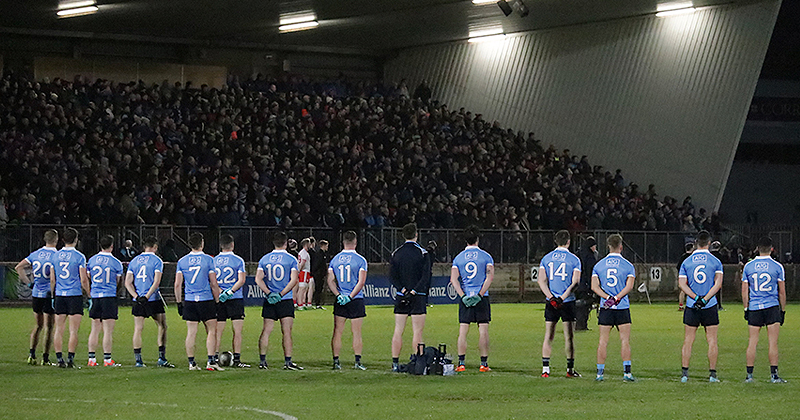 Dublin Legend Ciaran Whelan is concerned that complacency among some supporters is not healthy.

This Sunday Dublin will once again try and retain their much loved and much sought after All Ireland Championship. And this year it’s down to Tyrone to try and stop them.

Jim Gavin’s approach will be no different to any other All Ireland Final. And the players lucky enough to be named in the 26 strong panel will each know the role they’ve been given. No different to  studying for a final exam.

Dublin’s long reign in the Championship has been an absolute pleasure to experience. But like all good things at some point it will come to an end. Will it be this weekend? Who knows!

Somewhere, and at some stage, Dublin fans will once again experience defeat, there’s absolutely no doubt about that. It come part and parcel with being a supporter. And while it might feel like an eternity, 2014 isn’t that long ago.

As a result of a huge unbeaten Championship streak, fans have become very used to that winning feeling. Alongside that there’s definitely a sense that some now underestimate opponents and the chances of upsetting Dublin’s success.

The numbers speak for themselves

Croke Park attendances for the last three of Dublin’s appearances ranged from 33,240 against Roscommon, to 54,716 against Galway in an All Ireland Semi Final.

A year ago Dublin faced Monaghan in the Quarter Finals in front of 82,000 supporters. And there were 82,300 when Tyrone came for the Semi Final. A massive contrast in a very short space of time.

A lot didn’t attend the Super 8 game against Roscommon as it was labelled a “dead rubber”, but that shouldn’t explain the lack of bodies at an All Ireland Semi Final. Or could it?

Former Dublin footballer and RTE Sunday Game pundit Ciaran Whelan is quite concerned at an apparent presumption by fans that Dublin will just win, a presumption that on the whole isn’t ideal.

“Back when we were losing, there was 80,000 turning up to watch us every time we played.” he commented on RTE 2fm’s Game On.

“There was that sense of excitement, whether we were going to do it or not.”

While you can guarantee a full house this Sunday, it doesn’t bode well when you can’t fill HQ for the last four contests.

“It’s been very low-key which has been good from a Dublin perspective.”

“People have a presumptuous attitude that Dublin are going to win the game – that worries me if I’m being honest.”

“There is that level of confidence and I think it’s a dangerous place to be.”

Thankfully Ciaran knows full well that despite all that, it won’t have any effect on Jim Gavin, his backroom team, and ultimately the players on the pitch.

“That air of complacency that is there among the supporters won’t seep into the camp and we know that.

“In terms of the leadership roles these lads take on and how they go about it, they’ll be focused and they’ll know what Tyrone are going to bring to the equation.”