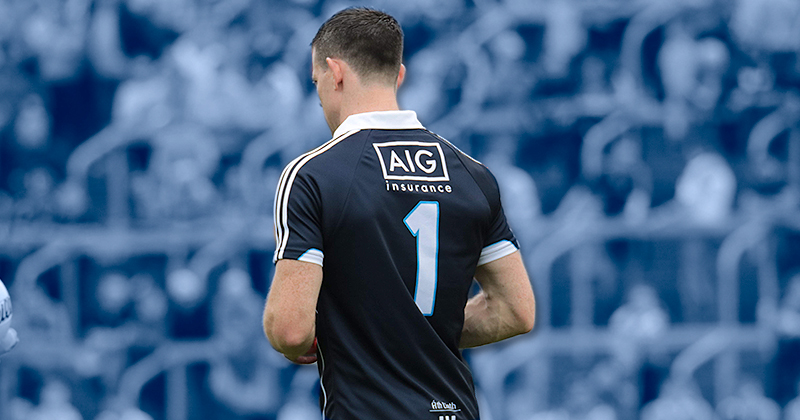 They say paper loves ink. And with nothing much to talk about in the football world in the gap between league and championship, things tend to take a life of their own. And none more recent that the rumours this week. Rumours that Dublin goalkeeping legend Stephen Cluxton had clearly left the Senior Football Panel.

The rumour seemed to swell yesterday morning when GAA Pundit David Brady claimed the word on the street was that Cluxton had retired. He even went on to say that it was “pure and utterly obvious” on NewsTalk’s Off The Ball Podcast.

“To my mind, I don’t see him being any part of the Dublin panel this year because, for all intents and purposes, the word on the street is that he’s retired”, Brady said as he made his bold claim.

Cluxton’s absence, at any time, always raises questions. it comes with the territory when you’ve been the Dublin Number 1 for as long as the Parnells club man has. And it wasn’t unusual, or maybe not to Dublin supporters, that Stephen was absent from this year’s Allianz Football League Campaign.

Last year Cluxton joined the panel in October for the closing stages of the league in the condensed season. He started against Meath and Galway, taking the reins from Evan Comerford who had started all five games before. And Stephen went on to raise Dublin’s historic sixth All Ireland on the bounce.

Comerford and Michael Shiel have been able net minders, starting two games each in this year’s league run. So the question was bound to be asked.

Cluxton not the only veteran to return

At this week’s Ballygowan and Energise Sport media day to renew their partnership with Dublin GAA, Ciaran Kilkenny was bound to be pushed on answer to the question if Cluxton was back…

“Yeah, and there’s numerous lads that are on the return-to-play list, yeah, he is (training)”

“And look, there’s a lot of guys that are on the return-to-play list as well. And and a lot of other guys are really competitive at the moment in the group and put their hands up for places as well (in the league).

In recent weeks there have been similar question marks above the likes of Dean Rock, Cian O’Sullivan and Kevin McManamon. Obviously Rock has been dealing with a back injury and has spoken himself on his recovery.

“Dean’s in great shape,” Kilkenny admitted. “I think he’s close to getting back now so looking forward to seeing him.”

The Castleknock man also confirmed that both O’Sullivan and McManamon are still part of the Dublin panel and are having a “massive influence on the group” behind the scenes.