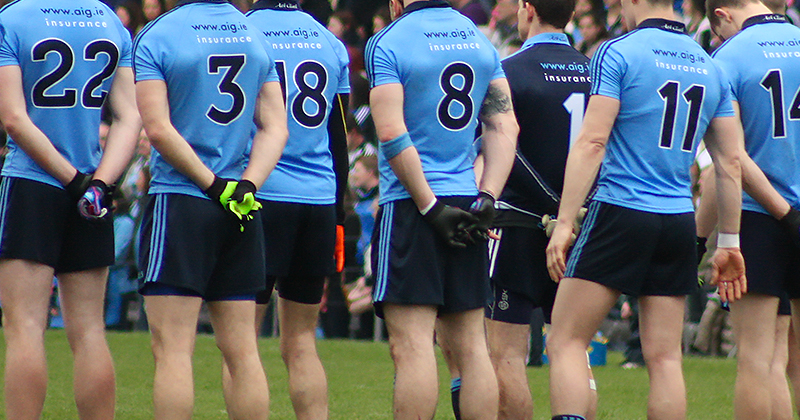 Dublin’s winter break is almost over and the All Ireland Champions are back to prepare for the start of a long and enduring 2017. A group of youngsters have so far carried the torch in the O’Byrne Cup and have impressed everyone with their determination. And if their progress is something that’s already striking fear into opponents, what will happen when the first team regroup in less that 2 weeks time in Breffni Park on the opening day of this year’s National Football League.

Two time All Ireland Champions and Castleknock clubman Ciaran Kilkenny is chomping at the bit to get back to action, a sentiment he knows is carried by the entire panel.

“When lads come back they are buzzing,” he told the Irish Examiner at the launch of sir Sports Allianz League coverage, “they are so excited, really looking forward to training again and both mentally and physically you are just in such a great place after having a rest.”

Kilkenny was instrumental in Castleknock championship campaign this year, helping them reach their first even County Final. As a result this extended his year out further than usual. But a team holiday to Jamaica was all himself and his cohorts needed to recharge and refresh ready for the challenges ahead.

“You can see by their aura that they are ready to go”.

“If you are not resting then something is eventually going to happen, particularly ourselves with the way the game went on into October and the fact we’d been going all the way to September the previous year.”

For the Masters Student in Primary Education, it will again be a busy time ahead, starting next week as Ciaran will once again take to the field on Tuesday with DCU-St Patricks to face UCC in this year’s Sigerson Cup. From there he’ll have days to prepare for Dublin opener against Cavan.

But Kilkenny has also been keeping a very close eye on the group of understudies that have been successful so far in this year’s Leinster Pre-Season Competition. He made the trip to Newbridge last Sunday as Dublin came from behind to steal a vital victory over Kildare to earn a place in the O’Byrne Cup Final this weekend against Louth. Eoin O’Brien, Shane Boland and Tom Shields are all club mates and the versatile Dublin panel member has only good things to report.

“We have so much talent and there are a lot of lads who were on the panel last year who didn’t come in but they are going to come in this year.”

“It’s great for Dublin to have that talent available”

And as the now age old question of Dublin’s potential success again at the end of this year reared up for a response, Ciaran had only one answer.

“The big X in our calendar at the moment is Cavan in Breffni Park… That kind of stuff is outside of our control, we can only focus on the Cavan game.”

THAT DAY IN PARTICULAR WAS A WARZONE, MEN LAID OUT ALL...

Pat Spillane Twists The Knife On All Stars Screw Up

COOPER: I THOUGHT WE DID EXTREMELY WELL