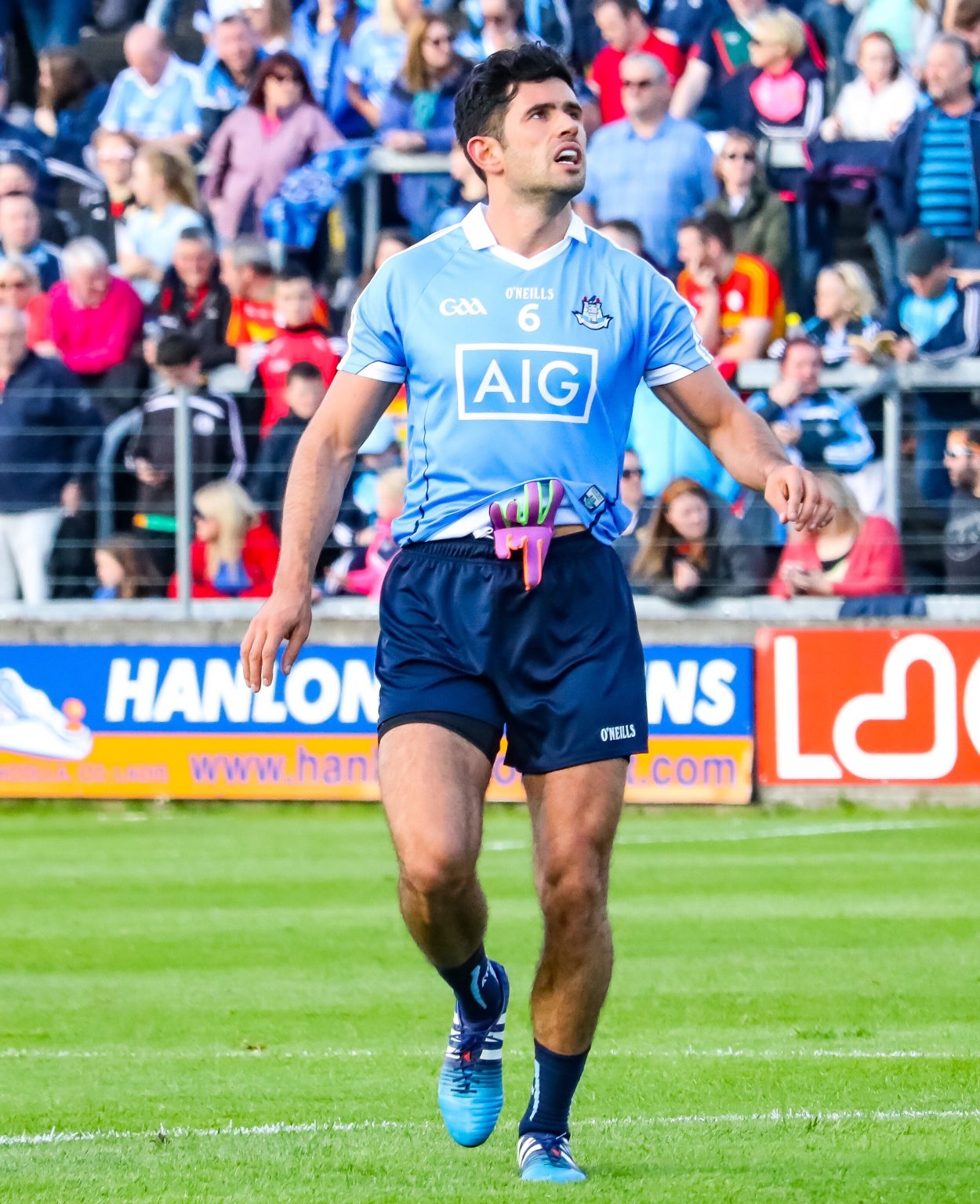 He’s been missing in action since the the fifth round league tie against Kerry where he suffered a dislocated shoulder, but Cian O’Sullivan is moving ever closer to a return to the Dublin team.

Since his injury O’Sullivan has missed the final two rounds of the league against Galway and Monaghan, the league final win over Galway and last weekends Leinster Championship Quarter Final victory over Wicklow.

But speaking at the launch of the 2018 Supervalu ‘Behind The Ball’ campaign the Kilmacud Crokes star revealed that “I think I’m close, very close”.

O’Sullivan is back in training and has been doing some contact work as he builds up his fitness levels.

“I’ve been doing a bit of contact training the last week or two, slowly building it up. With contact, you can’t really do half contact. If you’re going into a drill with the rest of the lads, you’re not going to pull out.

“I think I’m very close. In terms of lining out in the jersey.”

The Leinster Senior Football Championship semi final against Longford in Croke Park on the 10th of June may be too soon, but the talented sweeper could be in line for a place on the team if Dublin as expected make the Leinster Final on the 24th Of June.

But although O’Sullivan admits he is close to a return, he is reluctant to put a date on his return.

“I’ve learned from experience from previous injuries, you hear what other guys return to recovery is from similar injuries and their return to play times is and you start to bench mark yourself off them and if you don’t make it back in the same time frame then you’re kind of building yourself up potentially for a disappointment.”

“Also, there’s the fact that when you get back you still have to put in a couple of weeks getting back up to match fitness.”

Whenever the date of the return of the five time All Ireland defender is, it will be a big boost to the Dublin defence and a welcome team selection headache for Dubs manager Jim Gavin.