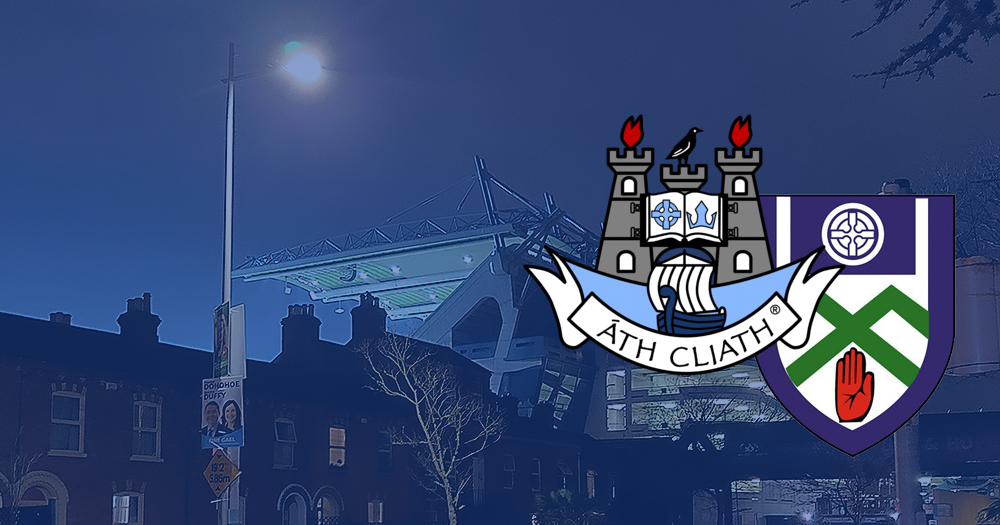 Dessie Farrell and his Senior Football panel return to GAA Headquarters this Saturday evening with a draw and a win under their belts. After a late Kerry equaliser drew their opening game, Dublin followed it with a solid second half in Castlebar to secure a victory over Mayo.

This weekend it’s back closer to home. But could we be looking at a fixture that has in recent years become a banana skin for the boys in blue?

In 2017 Dublin did the League and Championship double over this weekend’s opponents Monaghan. It took a stoppage time goal from Jack McCaffrey to secure the points in Clones three years ago. Their long long unbeaten run in the League and Championship looked under threat. Trailing by six points with 45 minutes gone in the game. But goals from Bernard Brogan and McCaffrey sent them into the League Final, the one they agonisingly lost to Kerry in by a point.

Later that Summer, the two sides would meet again. This time in the All Ireland Quarter Final. And this time Dublin would make no mistake, finishing 1-19 to 0-12 victors at full time. In the 40th minute of the game the Dubs were already 0-13 to 0-05 clear of a very lacklustre Monaghan when Dean Rock took a fisted pass form Con O’Callaghan for an easy finish into the goal, taking any chance of a Monaghan comeback away.

But Since then Dublin haven’t beaten the Farney County. And this weekend Monaghan could make it three League wins in three years.

The 2018 season was going as planned for Dublin as they looked to reclaim the league title they’d lost to Kerry the previous year. They’d gone through rounds 1 to 5 seeing off Kildare, Tyrone, Donegal, Mayo and Kerry. Galway held them to a draw in Salthill and by that point we knew it would be those two sides who would decide the title. But not many expected the result that came a week later.

Monaghan came to Croke Park and ended Dublin’s long unbeaten run, taking their first victory over the champions since 2006. They’d trailed the game narrowly for the majority of proceedings but in some last minute drama, Fintan Kelly split the uprights with no time to spare, giving Monaghan the win.

And they followed that last year in Dublin’s opening League game in Clones. In a cracking encounter to kick off another season, Monaghan used home advantage to stir the pot with both sides playing some serious football.

Niall Scully hit the net early on as Dublin raced into a five-point lead, but after gradually closing the gap before half-time, Monaghan turned things around in a pulsating second half. Goals by league debutant Stephen O’Hanlon and Shane Carey won it for the hosts in front of more than 10,500.

So Saturday has the makings of another scintillating game under the floodlights of Croke Park. Dublin are tied at the top of the table after two games alongside Kerry and Donegal. Monaghan sit just below them on 2 league points. They lost to Galway by a solitary point on the opening weekend. But followed that up with a commanding victory over Tyrone last Sunday in Castleblayney. Both teams will arrive in Croke Park with their tails up, but who’ll be smiling at the final whistle?