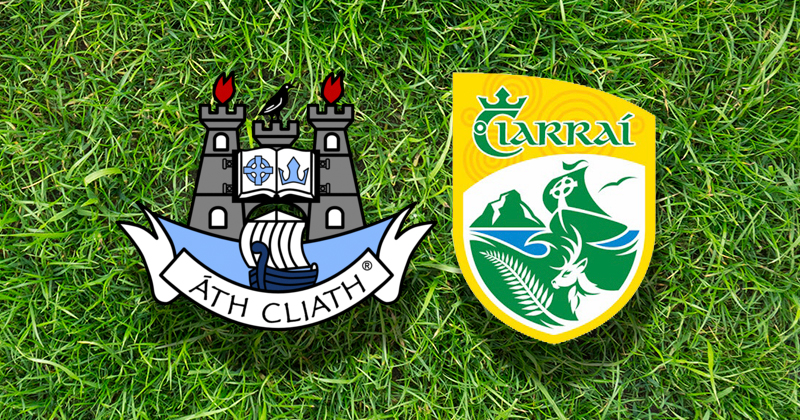 It’s Dublin and Kerry once again. A fixture that everyone, fans and neutrals, expects to be a spectacle for the senses. It’s been described as pure open football, one of the greatest rivalries in sport. And this Saturday reputations and records are at stake.

Dublin are arriving in Tralee 33 games unbeaten, and Kerry would love nothing more than to stop that before it hits 34. From the seventies right up to the early part of this decade Kerry managed to win any game of consequence against the Dubs, but since 2010 the Kingdom have only managed two wins in twelve fixtures in the league and championship.

Jim Gavin will look at this Saturday’s game as an indicator to where both his side, and Fitzmaurice’s side are ahead of the Championship. Dublin will see Kerry, and possibly Tyrone as their main challenges for the All Ireland title this year, so another victory over Kerry would be a decisive chess move before the summer. On the other hand a Kerry win would have a seismic effect on their psychological state considering they’ve not beaten Dublin in two years.

So far this year the form of both teams has been mixed. After opening their account against Cavan, they had two tough draws against Donegal and Tyrone. But their performance against Mayo was not so much a statement of intent but a reminder that they’ve not gone off the boil and the league title is important to them.

Kerry looked very impressive against Donegal in their opening day win. They followed it, however, with two defeats to Mayo and Monaghan. And last weekend they squeezed a win out against Roscommon.

Some will say this weekend’s game is of more importance to Kerry than Dublin, but there’s no way Dublin will want to stop their unbelievable run and leave it behind in Tralee.