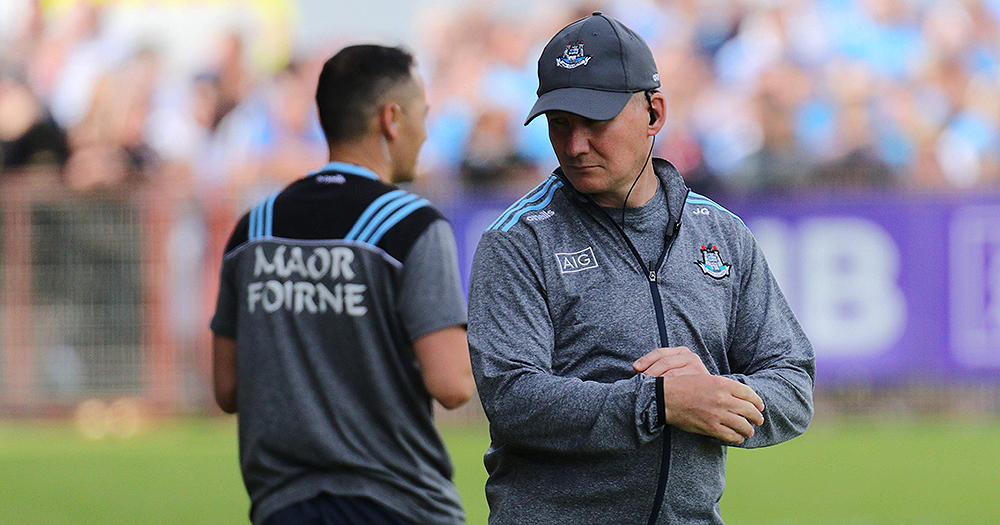 We do it all again this weekend as Dublin get another crack at the elusive five-in-a-row. The curtain raiser certainly had everything, and for the most part was probably Dublin’s toughest challenge in five years.

Yes, a lot of us believed that Dublin would make history with ease in this year’s final. But Kerry certainly did as Peter Keane suggested. They didn’t just turn up. No, they played a super competitive game of Football against the best team in the country. And let’s be honest the outcome could have been very different. For a lot of Dublin fans the relief at the final whistle was very visible. And now they do it all again.

This week, former Dublin star and All Ireland winner Paul Curran has penned a piece in the Independent. He speaks about the psychology of the drawn Final and his own feelings about it.

“I was nervous of Kerry the first day and I am still nervous” he explains,  “but I am a lot more confident going into this game.”

Curran, in an effort to try explain the drop in performance from the likes of Brian Fenton, Michael Darragh Macauley, James McCarthy, Jonny Cooper and Niall Scully considers the historic build up for the five-in-a-row as a potential factor. But only considers it.

“This group of Dublin footballers are incredibly talented, intelligent and very level-headed but they are also human”.

“And it is impossible to completely block out all the noise that would have been building in the weeks before the decider.”

Did Kerry have an easier build up?

In contrast, Paul explains how Kerry, who are a very young team, would have been able to prepare for this year’s final with hardly any distraction. They’d have known full well that all the pressure would have been on Dublin. An ideal predicament to be in before such a huge game.

“Preparing to do something that has never been done before must be a difficult place to be for any player. And the fear of actually failing can seep into the mindset and can have a negative effect on performance.”

While the media looked for the reasons to pin judgment to, Jonny Cooper’s name swirled the periphery. A lot has been said about Jonny’s performance and the dismissal being a key factor attributed to Dublin’s overall performance. But Curran believes too much emphasis has been put on the sending off.

“…for me it didn’t have a negative effect until the last fifteen minutes of the game. Dublin still managed to stay in control and were comfortably ahead going into the last quarter.”

“The big turning point was a Paddy Small shot that dropped short and was worked up the field to Killian Spillane who finished to the net.”

“A Dublin score thirty seconds earlier would have stretched the lead to six and possibly broken the Kerry spirit.”

So what happens this weekend?

The question now is how will Saturday shape up. And who came out of the original fixture with more?

“Kerry will be happy that they proved they can compete with this great Dublin team” Paul admits, “and they will have gained valuable experience.”

Curran feels Dublin have more areas to improve in. And a lot of players really need the big game we know they have in them.

“Jim Gavin usually has his team in lock down the week before big games but lock down for next Saturday kicked in a couple of minutes after the final whistle.”

“He would have forensically examined the tape with his management team before the team got together before the first session after the game and the prep work will be extensive.”

“I think the champions will fix the fixable and their collective minds will be a lot clearer.

I think this is the game that they can throw off the shackles and attack Kerry from the throw-in and I expect them to do just that.