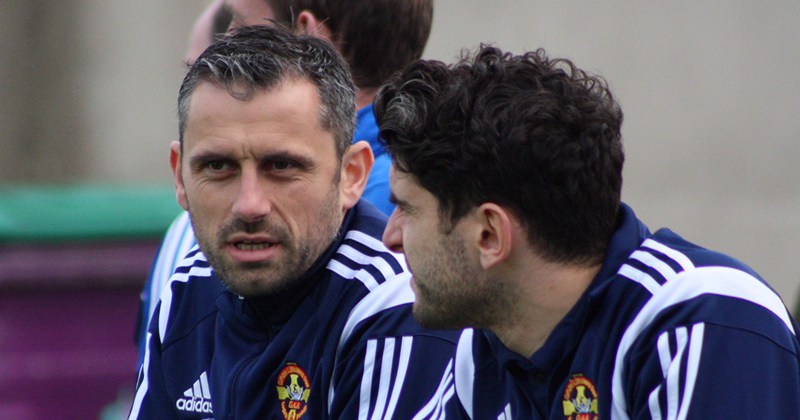 Alan and Lydia have been married for seven years and already have two boys, Jamie (8) and Harry (2).

The Oliver Plunkett Eoghan Ruadh forward, called time on his inter county career with Dublin following their 2015 All Ireland Championship win and has taken to punditry and also writes regularly for the Herald. And he’s enjoying that extra time away from the Dublin team, concentrating on his family.

And Alan, and his wife managed to keep baby number three secret until today.

“My wife is pregnant” he told RSVP magazine, “she is due in five weeks.”

The couple, who already have two boys, have chosen not to find out the sex of their new arrival until he or she graces them with his or her presence.

In the same interview, Alan admitted that he’s been keeping a very close eye on old rival Aidan O’Mahony on the Irish version of “Dancing With The Stars”. And also was quick to dispel the rumours he was also approached to participate in the show.

“I wasn’t approached to be on it, I wouldn’t have much dancing in me.”

“Aidan is doing very well in fairness to him.”

“I wouldn’t have a six pack like he has and I don’t know if I could rock an open leopard print shirt.”