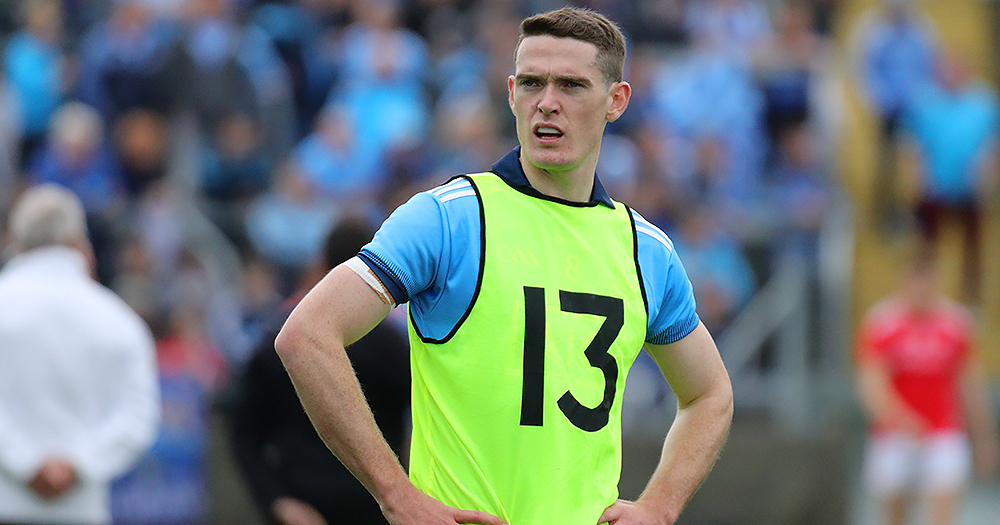 It’s not a new topic of conversation by any stretch. When a Dublin player addresses the subject of financial doping, it’s a break from the normal articles that fills media columns.

What the subject focuses on, simply pays total disregard for the thirty plus players currently in the Dublin set up. And the lengths they’ve gone to, both individually, and as a group, to better their craft. Ultimately they’re creating their own piece of history.

Over the last while some of the football panel, like James McCarthy and Kevin McManamon have brushed off the idea. They’ve given a true and transparent account of themselves. And now another Dublin star, a new breed of leader in the ranks, has joined the argument.

When all you know is winning, it’s not a bad place to be.

Over the last five years, Dublin Midfielder Brian Fenton has played more game time in the 37 Championship matches, than any other player in the set up. He already has three All Star Awards. And there should be no argument that Brian will pick up his fourth after another incredible season in blue. And in his short career he’s already captured the Player Of The Year accolade from the GAA/GPA.

Fenton started 35 of those 37 games, and has yet to experience defeat in the Championship series. Along with his team mates he has enjoyed enormous success. So accusations of buying championships doesn’t really sit well with the towering middle man.

“When people summarise you by that, that you wouldn’t have this if it wasn’t for the money, it completely disregards the hard work and personal sacrifice that every GAA player makes but that we have also made.” Brian told the Independent this week.

Bad Form On Some Who Have Suffered

Brian speaks of not his own, but personal stories of players like Philly McMahon and Jonny Cooper. The highs and lows in their personal life. And how they’ve dug deep within the group. He also finds it disrespectful. Particularly on players like Dublin captain Stephen Cluxton, who been through more years of hurt than any other player in the panel.

“You look at Clucko and he has changed the game. What funding did he get bar being in a great club and having his own inner drive?”

“To paint it with that brush, that a successful Dublin team has bought All-Irelands is, to me, insulting. I don’t get bogged down on it but it is only in retrospect you’re saying, ‘Is this what people really think? I’m getting my wages paid by AIG?’ It couldn’t be further from the truth.”

Brian is quick to point out that Dublin are no different to most other counties in relation to facilities.

“We train in Inisfails, we have these plug-in electric heaters that you buy in Argos to heat the changing rooms.”

“Sometimes the Inisfails team are up there, they shower before us and the hot water is gone.”

“This is the reality of our situation.”

“You look around the country, there are centres of excellence and yes there is a lot in Dublin but we don’t have a Garvaghey (Tyrone) or a new facility in Farranfore (Kerry).”

Fenton In No Rush To Create A Quick Legacy

Regardless of the talk of money, it’s not deterring Brian Fenton from having a long and even more successful career if he can help it. With comparisons of old greats like Jack O’Shea already being thrown at him, Brian wants to have a similar career.

“I was with Brian Howard this morning (Friday) slagging him that he ‘only has three’. But for me I’m thinking I’m only playing for five years. And if I want to create this legacy as a good footballer, you look at the likes of Jacko (O’Shea) and Whelo (Ciarán Whelan) and they played for 12 or 15 years at the top.”

“I want to have that longevity and the success over years, ‘Jesus no, he performed and he was a serious player and he was part of that Dublin team that went on to do even more’.”

“Despite all that has happened so quickly, longevity and maintaining standards over a long period of time, I think that is the big motivator for me.”